To many, their pets are part of the family and losing one can be crushing. Local actress Constance Song lost her golden retriever Murphy in October last year and in a bid to keep his memory close, she has made a diamond from his fur.

(While we've heard of diamonds being made from the ashes after cremation, the local company that Constance engaged used a handful of fur instead.)

In a recent Instagram post, the 45-year-old — a few weeks away from delivering her second daughter Eloise — wrote: "I feel like (Murphy) left because he did not want me to neglect my girl (with another baby on the way), but he left too soon.

"I wear this diamond to remember him, as it was cultivated with carbon material from his fur. I like to think that the light that shines from it is a reflection of his soul, always shining a light into my life." 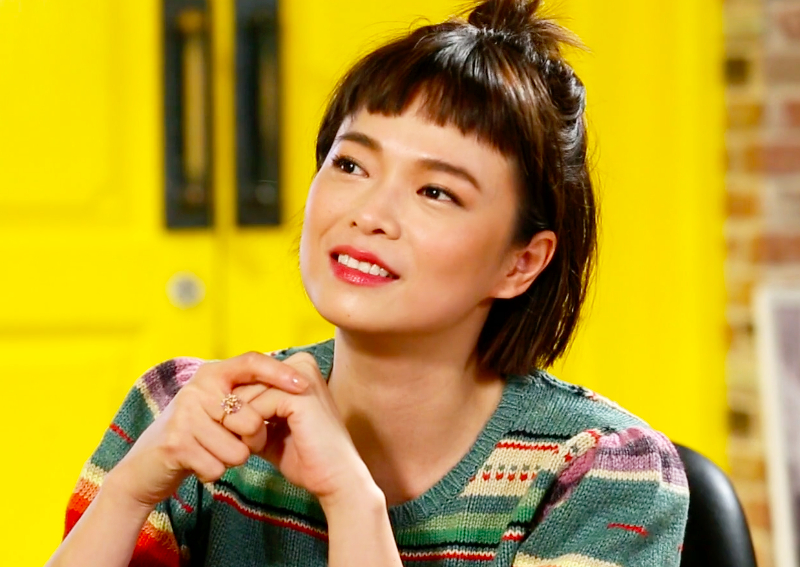 Local actress Felicia Chin admitted in the latest episode of meWATCH talkshow Hear U Out that she gets anxious easily, and explained it was because the environment she grew up in was unstable. She also said there were times when she grew up facing a lot of fear.

When host Quan Yi Fong asked why her environment was unstable, she said: "My mother had a temper sometimes and she didn't know how to express herself. Some of the things she said were hurtful to a child. (The anxiety) is accumulated, so I'm afraid to make mistakes."

Her father's death when she was 17 also caused her a lot of pain. Felicia added that she's sensitive to how people perceive her and also to other people's emotions.

Her relationship with her mother now appears to be good. She and her boyfriend, local actor Jeffrey Xu, celebrated her mother's birthday last December and Felicia wrote on her Instagram post: "I love you, mum. Thank you for everything that you did for us in the past. We love you."

Iconic K-drama Goong, or Princess Hours, getting a remake after 15 years

Older folks who have followed the Hallyu Wave since the early 2000s will know — and have very fond memories of — the 2006 K-drama Goong, also known as Princess Hours.

Set in an alternate modern-day South Korea where there's a monarchy (Lee Min-ho's The King: Eternal Monarch wasn't the first to have this premise), the romantic drama had a young good-looking cast, a man and a woman forced to be a couple, and deceitful palace intrigue.

Now, the iconic drama is set for a remake. The management company that holds the rights to the manhwa — which the series is based on — recently signed a contract for a new version, but no details have been released.

It'll be exciting to see who will helm the roles previously played by the much-loved Ju Ji-hoon and Yoon Eun-hye.

ALSO READ: Gossip mill: What Hyun Bin tells himself when he wants to give up - and other entertainment news this week