Tai Manusanan Pandee when she was an actress (left), and photographed in 2019 on the street

Former popular Thai actress Tai Manusanan Pandee was found dead on July 24 by an 81-year-old family friend, whom she was living with after falling on hard times.

The 33-year-old was a rising star 13 years ago, and acted in a variety of television shows, commercials and movies, the most popular of which are Noodle Boxer and See How They Run. She was also a prominent singer in the Bangkok entertainment scene.

According to media reports, she suffered a serious head injury in a car accident that left her mentally ill. Her singer boyfriend was also killed in the same accident, sending her spiralling to depression and drug abuse.

Last year, the media photographed her by the side of the road looking sickly thin with her hair and eyebrows shaved off. She was also begging for money and talking to herself. 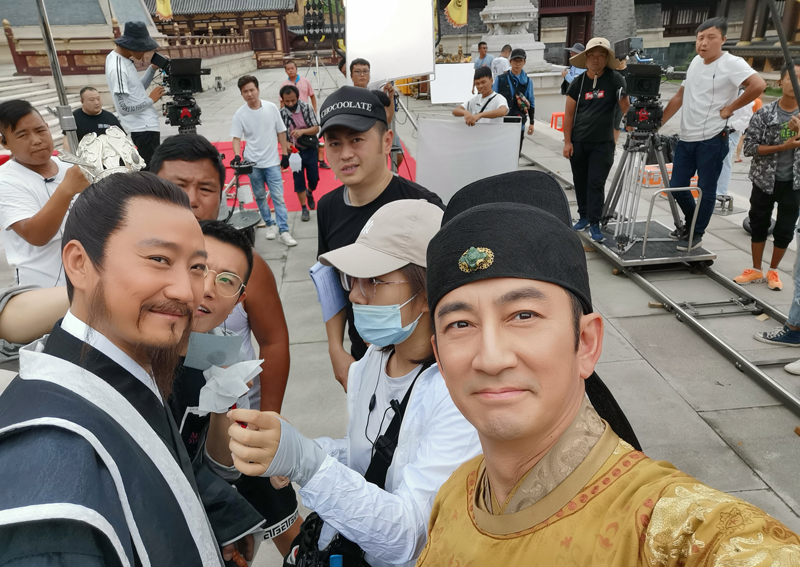 In a Weibo post on July 28, Hong Kong actor Lawrence Ng shared a photo of himself filming on set in Hengdian, China.

What's surprising is that none of the crew members, save for one, wore masks. Even the woman who did was not wearing it properly as the mask was pulled past her nose.

Speaking to Hong Kong media, Lawrence said he isn't worried about contracting Covid-19 because Hengdian has zero cases of infection and they have good precautionary measures. He added that he wears a mask whenever he's not filming.

The 56-year-old also said Hong Kong's weak Covid-19 quarantine measures are fooling the people. He explained: "When people quarantine themselves in China, they really do so. It's not like Hong Kong where (the authorities) just give you a wrist tag and you stay home. Some people just take off the tag and go out to have fun. Even if they do stay home, they can transmit the disease to their family members who can infect others."

He pointed out that in China, people under quarantine avoid all contact with family members, and stay indoors at all times, with their doors even sealed with tape.

Jimmy Lin resolves issues with mum after more than 30 years 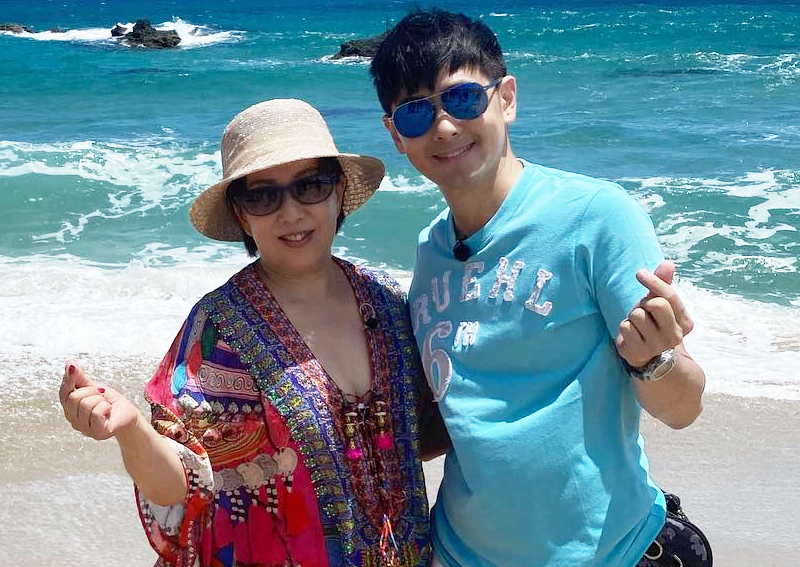 Taiwanese singer-actor Jimmy Lin has his reality show to thank for helping to resolve some family misunderstandings and grudges that he's harboured for more than three decades.

His parents divorced when he was a child and he lived with his father, meeting his mother only a few times a year.

In a long Facebook post to mark the end of filming for My Dearest Ladies, the 45-year-old said: "Most of the time, we choose to look to the future. But we turned to the past because of this programme, to uncover memories and incidents that we didn't dare to bring up.

"At the door of our old home in Tamshui, my mother and I hugged each other and opened our hearts earnestly. Every drop of her tears dissolved distance and time, and nurtured my childhood years ⁠— the years when I needed my mother's love. At that moment, both of us became complete."

My Dearest Ladies is a Chinese reality show featuring Jimmy, his mother, and his wife, former Taiwanese model Kelly Chen.