Gossip mill: Kristal Tin leaves TVB to get out of comfort zone - and other entertainment news this week

Kristal Tin leaves TVB to get out of comfort zone

After 12 years with the Hong Kong broadcaster, singer-actress Kristal Tin's contract with TVB has ended.

In a thoughtful Instagram post on Thursday (April 16), the 42-year-old thanked viewers for supporting her, and added their encouragement is worth more than any acting award. She also admitted she has not made any plans for the future.

"What Hong Kong went through in recent years and the Covid-19 pandemic made me realise that plans will be derailed by changes. The world has stopped. Why not use this time to contemplate what you really need and like?" she wrote.

"A lot of people spent their energy in creating their own comfort zone but is that comfort zone really comfortable? Are we supposed to spend tremendous efforts to create a zone within which to restrict ourselves? I'm more interested to explore the unknown and take on challenges to discover my potential."

ALSO READ: Gossip mill: This is how Zoe Tay and Kym Ng looked like when they were younger - and other entertainment news this week 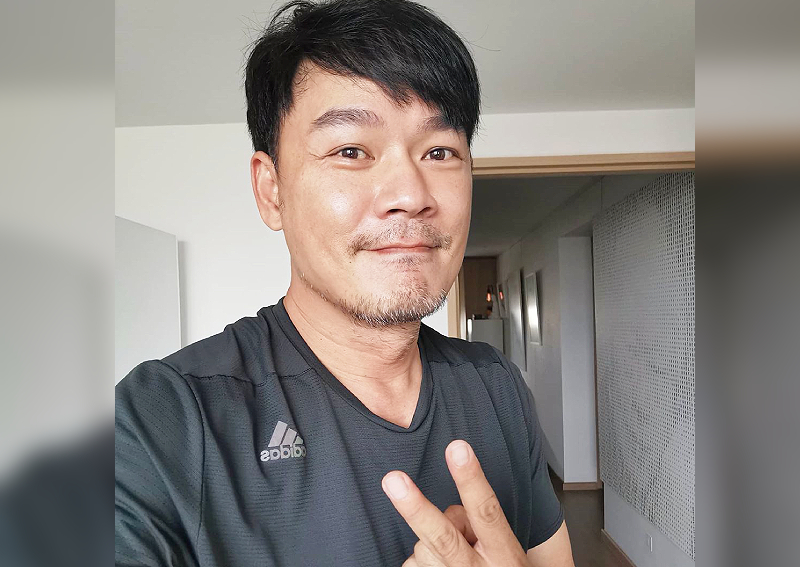 Our social media feed has been flooded with videos and photos of local celebrities cooking and working out ever since Singapore went into circuit breaker mode more than a week ago.

Now stuck at home, some of them are also indulging in activities that they couldn't do much of before. Same with local veteran actor Thomas Ong, who recently did something so normal to us plebeians for the very first time.

He washed his car himself. Wow.

The 51-year-old actor uploaded a photo of his car — which he said he had for a few years already — to Instagram, and wrote a long note to his ride: "Miss Su (we're guessing Subaru), I spent 20 cents today at the multi-storey car park and gave you a bath myself for the first time.

"I feel happy at how refreshed you look. I hope you like it, too. A lot of places are out of bounds recently and we can't meet a lot of people, so I can't bring you out like before."

He ended his post with a promise to bring 'Miss Su' to Malaysia for a fun holiday after the Covid-19 outbreak has passed.

Get ready to take notes! Here's a video from the creators of Westworld Season 3, and we hope to see you in Singapore when the time is right. :)

Posted by VisitSingapore on Thursday, April 16, 2020

Singapore's futuristic architecture has been the setting for a few Hollywood productions and the latest one that's creating waves for us is HBO's Westworld.

Familiar locations are peppered throughout season three of the Hollywood production and even our Speaker of Parliament Tan Chuan-Jin tried to identify these locations while ironing.

‪Hadn’t realised that West World Season 3 is on! Fun trying to identify where in SG they were filming. And not burning the clothes while I’m at it... I need more mindless shows to watch while ironing. West World isnt made for ironing...‬

But apart from giving Singapore's iconic landmarks a shout-out in their show, the creators of Westworld also made a video that expressed their praise for our country. The video was released on Thursday (April 16) and Singapore was repeatedly referred to as "the future".

Singapore was also given props for creating our unique vision of the "future" through blending the old and new. Pointing out the National Gallery, the chief operating officer of integrated media company Infinite Studios (and co-producer on Westworld) Freddie Yeo said: "They retained what was originally from our British colonial days in terms of architecture, and blended it with modern — old and new within a single location. It's the perfect location to showcase some of our history as well."

Additionally, our food was singled out as a plus point but as any Singaporean worth their salt, we know that our food culture is internationally recognised and an attraction for many tourists.

Westworld star Evan Rachel Wood was blown away by her experience in Singapore. She said: "Shooting in Singapore was like going to another world. They're so advanced in so many ways so I thought it was an interesting choice to represent what the future may look like."

ALSO READ: Peekaboo: Can you recognise Singapore in HBO's Westworld?