Heartbroken and 'slandered': Christine Ng reveals what happened to her after husband of 13 days died

Christine Ng, 53, recounted the troubles she went through when once her husband of 13 days died in 1990.

Hong Kong actress Christine Ng was just 21 when she wanted to marry Yung Kwong Pui, despite the 31-year age gap between the two of them.

However, not two weeks after they tied the knot, Yung died from a heart attack. Christine, now 53, said Yung's death left her devastated when she appeared on the Hong Kong TV show Bong Bong, Amigo! last Saturday (June 18).

She was informed of Kwong Pui's critical condition while performing on stage in Shenzhen, China in December 1990 and immediately rushed to the hospital.

Christine confessed that she was scared upon seeing medical staff perform cardiopulmonary resuscitation on Yung.

When she learned that Yung wouldn't make it, Christine removed her wedding ring and shut her husband's eyes with her hand, watching helplessly as he passed on.

But that wasn't the end of her troubles. 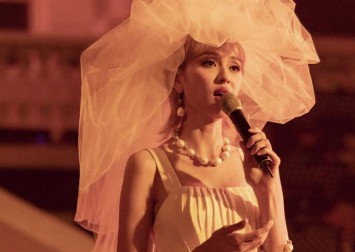 "At that time, many people said I brought bad luck to my husband," the Silver Chamber of Sorrows actress said. "There were a lot of unpleasant words as they vented all their negative energy on me."

After that, Christine ceased work for half a year and took refuge in bars all day long and drank to numb the pain. To make matters worse, Yung's family did not let Christine inherit her deceased husband's estate.

While the rest of the world believed the actress inherited HK$170 million (S$30 million), Christine shared that she only wanted a pen that Yung often used when he was alive and she wasn't even allowed to have it.

According to Christine, a lawyer representing Yung's family also contacted Christine multiple times to request that she hand over all properties and cars that Yung had bought her because his assets had apparently been frozen.

"He asked me a few times and I said I didn't have any — he even told me to tell the truth," Christine recounted, insisting that she really didn't have any properties or cars to give.

The actress added: "It felt very painful — it's terrible to be slandered by others."

Christine had known Yung even before she participated in the 1989 Miss Asia Pageant, she said. In fact, it was Yung who encouraged her to take part in the competition.

She said she liked him very much and wanted to marry him and have kids with him.

Christine came out of a decade-long lawsuit with Yung's family in 2000 and was awarded HK$9 million.