'I am sorry I didn't protect him well': Sheila Sim says Mother's Day post made her and husband stronger

After expressing her disappointment on her Instagram account about how her husband didn't plan a Mother's Day celebration for her, local actress Sheila Sim has come out to address the backlash she's received.

"My husband and I have moved on from Mother's Day on Mother's Day," the 37-year-old clarified in her post on Wednesday (May 11), which showed a picture of a dove.

"It's been four days, and so many people are still not giving this a rest. I'm sorry my post has caused such an uproar of emotions and triggers. That was never the intention," Sheila wrote.

She explained that she has spoken to her husband Deon about the incident and both parties agreed they "could have done better".

"As a couple, we should always protect one another, I am sorry I didn't protect him well this time," she admitted.

Sheila added she and her husband have emerged "stronger" from the incident. And while the incident won't change the way she has always been open in her sharing of personal experiences, she said she would be more tactful in the future.

Read Also
'I worked so hard to be a mother': Sheila Sim disappointed because husband didn't plan Mother's Day celebrations 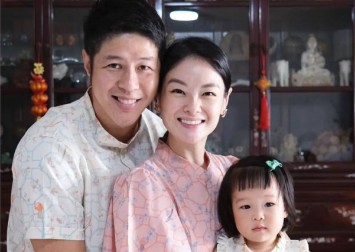 She also thanked those who defended her in the comments and emphasised that she did not want them to "retaliate" any further.

Towards the end of her post, Sheila also reminded others to be "tactful" with their comments.

"I want to say, 'This is called balance, yin yang'. But no, it's not because one shitty post about my husband is me being very conservative. Different things just hit different people at different spots. Mother's Day may not be a big deal for some, but it is for me. So please don't judge with your own pair of lens."