No regrets not having a father: Eleanor Lee has almost no memories of Peter Yu

Helping us up when we fall and teaching us how to ride a bike are some things we might remember about our dads. But for actress Eleanor Lee, she has little to no memories of her father at all.

Her parents, local TV host Quan Yi Fong and actor Peter Yu, had a divorce in 2008 when Eleanor was just nine years old. After the split, the couple did not keep in contact with each other for many years, and Peter dropped out of Eleanor's life completely.

So it's no wonder that the 21-year-old cannot remember much about her father – except for vague memories of family holidays and when her parents argued.

In the second part of the interview with Yi Fong on the meWATCH talkshow Hear U Out, Eleanor — who occasionally referred to her mother in the third person — shared that she was afraid whenever her parents fought.

"At times, I just wanted to open the door and shout, stop quarrelling! But I didn't have the courage and I didn't know how to stop them," she said, adding that she felt helpless at the time.

However, she doesn't regret not having a father.

"Because my mum has filled the shoes of both parents," she explained. "It could also be that since I don't have a father, I don't know what I'm missing."

When Eleanor sees children with their fathers, she wonders what a father's love is like but not for the reason we think. She explained: "I want a husband like that, not because I want a father like that."

Now the budding star has strict standards, noting that she needs to know what kind of a husband her future partner will be.

ALSO READ: Actor Peter Yu may no longer be in contact with daughter Eleanor but he is happy with life

Read Also
Eleanor Lee: Why is it an insult if I turn out like my mother Quan Yi Fong? 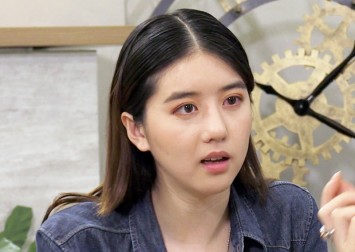 Eleanor clarified that she does not want her future children to go through the same experience she had, because she knows how it feels like when her parents quarrel every day.

"That's why I'm determined to find myself a good man," she concluded.

Although Peter no longer keeps in touch with his ex-wife and daughter, Yi Fong shared last year that she's forgiven her ex-husband and they no longer had any animosity between them.

In a Facebook livestream last week, Yi Fong also said she's now on good terms with Peter. She later said the video as well as other posts were removed from the platform due to technical issues.

ALSO READ: Quan Yi Fong addresses speculations about fallout with Addy Lee in passionate livestream, clarifies her friendship with him