Racism in the US today is no different from the 60s, says Umbrella Academy's Emmy Raver-Lampman

After a lengthy six decades of struggles and social evolution, you would expect things to be better.

But Emmy Raver-Lampman, star of American TV series Umbrella Academy, told AsiaOne in a virtual interview held earlier this month that the racism that African-American people face today isn't that different from the 1960s.

The US has a complex history with race issues that dates back to the 1700s. It has, among others, caused the deaths of African-American citizens, with the most recent incidents leading to a surge in the Black Lives Matter movement in June. 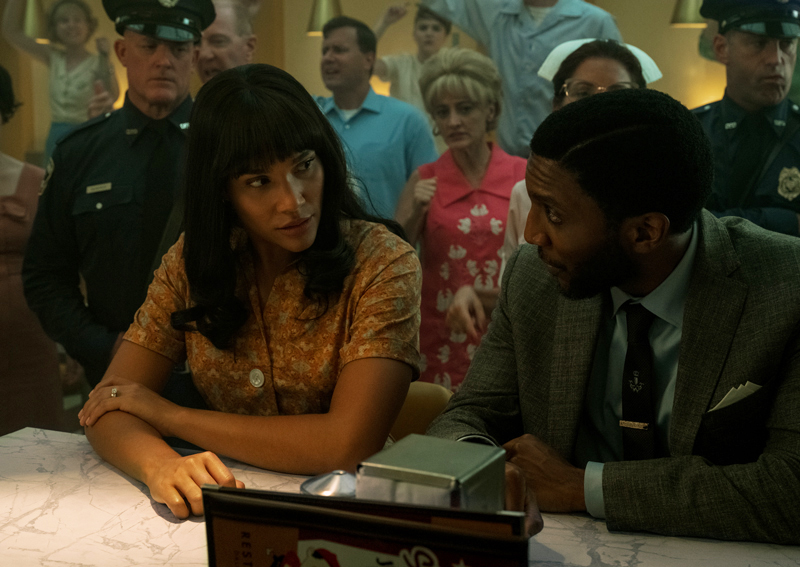 Emmy in a scene where her character Allison stages a peaceful sit-in at a white-only restaurant. PHOTO: Netflix

The 31-year-old African-American actress plays Allison Hargreeves in Netflix's Umbrella Academy who possesses the ability to alter reality with a lie. The show's first season revolves around the dysfunctional family of seven super-powered siblings — all of whom are adopted — as they reunite to solve the mystery of their father's death and deal with an impending apocalypse.

When the next season premieres, Allison finds herself in the year 1961 in Dallas, Texas, where she has to endure a racist and segregated American south during the height of the Civil Rights Movement.

And it wasn't a stretch for her to empathise with her character on the show.

She explained: "The tricky part is, I would like to feel like the Civil Rights Movement and the struggles and the fights that black people were fighting in the 1960s are different than how it is today in our country, but it's not.

"So having to do the research and trying to understand what it's like to be a victim of prejudice and racism and to feel hunted, as a black woman and person, that is unfortunately not something we have to dig very deep to understand and feel."

Nevertheless, it was a "big task to take on the civil rights movement", and Emmy felt honoured that she was given an opportunity to live through that and experience what it was like to be on the frontlines of that movement.

"Sadly enough, it's not a history that is in the past. It is still a very present, ongoing, systemic issue that we are dealing with today in new forms. But the fights and the struggles are the same, which is devastating," she added. 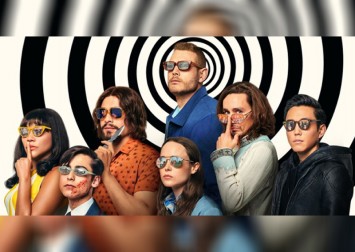 In response to another query about what Emmy hopes viewers will glean from Allison's struggle in the second season, she emphasised: "The '60s and the civil rights movement were [in] our grandparents' and parents' lifetime. Some of the first black children that integrated into all-white schools are only in their 60s right now.

"It was not that long ago and there has been change but there has not been nearly enough change. The fight for justice and equality is a long, long road."

Emmy also observed that the riots that takes place in the third episode of the new season are somewhat similar to the recent protests in the US that "escalated into riots" or those that were "agitated by white agitators".

She added: "Sure, the cars look different and the fashion is different but the purpose of those fights and the point of that movement is still playing out in front of us."

However, Emmy isn't just painting a bleak picture and feeling all doom and gloom about the future. In fact, she feels encouraged and inspired by the unprecedented global attention that the Black Lives Matter movement has garnered and how other countries have rallied behind this "fight for equality and justice".

"It is putting a movement that I think a lot of people either don't really know about, don't really understand or feel like it's not relevant right now, on millions and millions of television screens all over the world."

'You're not alone at the table anymore'

One thing that remains a constant throughout the seasons of Umbrella Academy is its central theme of family. While the Hargreeves children grew up to become a dysfunctional family unit, they always come together at the critical point for the greater good.

And the second season finds them banding together again, but this time, to save their sister Vanya (played by Ellen Page) who was the outlier of the pack. This is a stark contrast to the previous season where we find them uniting to stop her from, as Ellen puts it, blowing up the moon and bringing about the apocalypse. 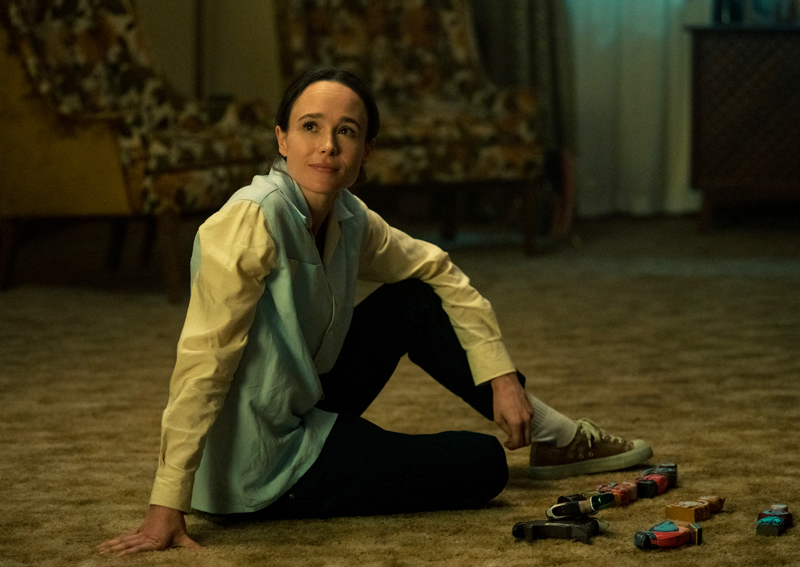 Ellen, who was also present at the interview, replied to AsiaOne about this change in her siblings' attitudes towards her.

The 33-year-old actress said: "It absolutely means the world to me, and Justin (Min, who plays Ben Hargreeves) is so fantastic in that scene that Ben and Vanya have during her acid trip, when she's breaking down and when he says, 'You're not alone at the table anymore'. I think that was so moving."

"That's an example of how much they show up for her and it's very much life-changing for her," she added.

Of course, the familial bonds have transcended beyond the screen and Ellen also revealed that it was fun to get back together again with the band of brothers (and sister).

"We have a blast together. We have so much fun. I feel like we just really gel together as a unit and in the first season, we're all just being introduced to one another and developing those friendships and various dynamics, and [we] got to explore that more in the second season," said Ellen, who has been married to Canadian dancer and choreographer Emma Portner since 2018.

Fans of the show might be disappointed to know that there isn't a dance scene with all the siblings like in the premiere episode of the first season. 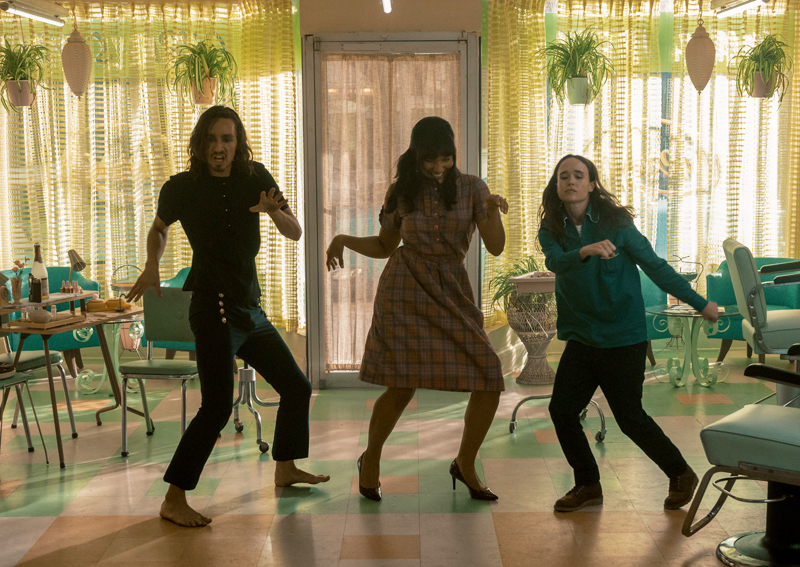 (From left) Robert Sheehan, Emmy Raver-Lampman and Ellen Page dancing it out in season 2. PHOTO: Netflix

However, the second season does serve up a smaller and more intimate dance scene with Ellen, Emmy, and Robert Sheehan (who plays their brother Klaus Hargreeves) in a hair salon that is just as fun.

Emmy exclaimed: "Oh, it's so fun! We had a great time. We kind of played the music and they just let us enjoy ourselves. Those are always fun days on set when we get to be goofy and it's very in-the-moment and improvised, and we just kind of play off of each other so well. It always makes for a great day at work."