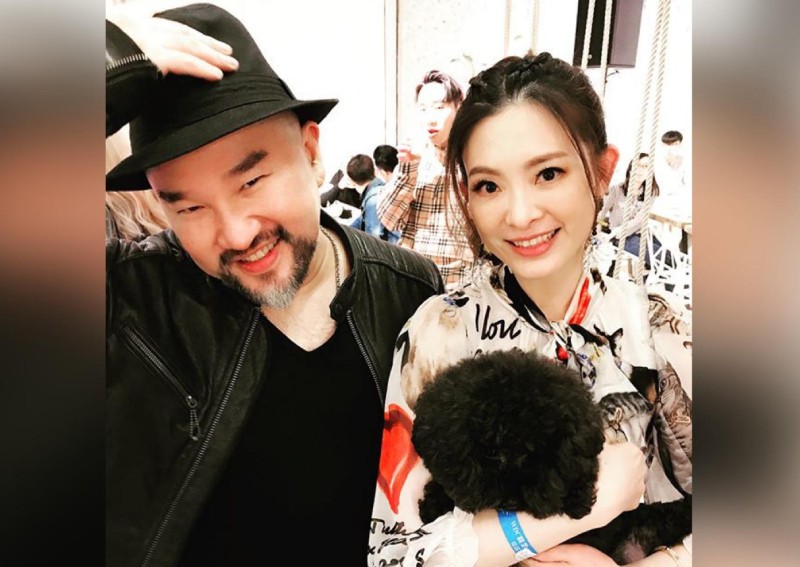 Since the death of his wife, Taiwan's 'dancing queen' Serena Liu, Shin Lung has remained silent and out of the public eye.

The only statement made was by Taiwanese variety show host Jacky Wu, who spoke on behalf of Shin on March 23. Jacky described Shin as "emotionally devastated" and admitted that the 48-year-old singer "said things which concerned us".

However, Shin has now broken his silence on the matter and he is pleading with the media to show mercy in their coverage on Serena's death.

In an interview with Taiwanese media, Shin implored reporters to give his family and in-laws some space as they're grieving.

He said: "My in-laws are quite old so please don't disturb them again. If they come to the memorial hall, I hope everyone and the media can be magnanimous and spare them. After all, the elderly can't take too much and we can't afford another accident."

He also spoke about his four-year-old daughter with Serena, nicknamed Ni Ni, and also asked for the media to give her some privacy.

"Ni Ni is still young but when she gets older and is able to read, how would she feel reading all these reports? Please let Ni Ni have her own privacy," he said, adding that Ni Ni won't be at the memorial hall because she's too young to handle it.

Shin then took the opportunity to rubbish claims about Serena's lack of insurance. It was previously reported that Serena didn't have medical insurance, which caused a strain on the family, and that part of the bills came out of their pockets.

"These [claims] aren't true. If Serena didn't have insurance, how was she able to see a doctor?" Shin clarified, though it was reported that he didn't address claims about having to pay part of the medical bills.

He added politely: "I am grateful to everyone for their encouragement. I will always remember how you all came together for Serena."

SERENA LIU PASSED AWAY ON MARCH 22

Dubbed the 'queen of ballroom dancing', Serena Liu fell into a coma in February after undergoing heart valve repair surgery and remained in critical condition. She was put on extracorporeal membrane oxygenation, or Ecmo, while awaiting a heart transplant.

Her condition deteriorated as blood clots formed in her brain. Despite undergoing surgery to remove the clots, doctors reportedly said blood clots continued to form in her right brain, allegedly leaving the left side of her body without sensation.

The dancer-actress died on March 22 at 22:22, according to a statement released by the hospital.