'Such a person should have disappeared from showbiz': Mark Lee on 'disrespectful' local director who berated Mimi Choo

Tongues were set wagging when veteran actress Mimi Choo recently revealed that a director in Singapore once threw a tantrum at her, and Mark Lee has some strong words on the situation.

On Monday (June 20), the Hong Kong actress shared that she had no plans to act in Singapore at present —  her experience with the temperamental director guaranteed that.

"I experienced this [incident]... where I asked [something] and the other party said, 'Did you not look at the script? Don't you know anything?'" Mimi, 67, said to Shin Min Daily News, recounting how she was badly berated by a local director.

Reacting to this revelation by Mimi, actor and comedian Mark Lee shared his thoughts in an interview with Shin Min Daily News.

Mark, 53, had this to say: "I have never met such a person during the early days of filming and definitely haven't met someone like that afterwards, whether in Singapore, Hong Kong or Taiwan.

"If someone is capable of speaking so terribly to their cast, I think such a person should have disappeared from showbiz long ago!"

"For their own sake and for the benefit of the show, they should sound out when in doubt," Mark said. "As for the director, they should be willing to give explanations."

Mark also explained that the director's behaviour toward Mimi was surprising as the latter is a veteran in the industry.

"While she was acting, the director might have still been in diapers."

Read Also
'You don't know anything': Mimi Choo not acting in Singapore for now after local director berated her 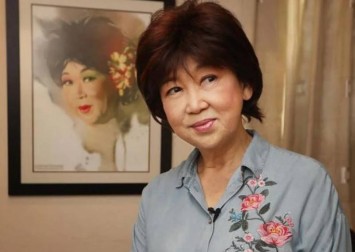 Mark added, "It's very disrespectful to speak to elders in that manner."

But while Mimi Choo might have been able to walk away from this on-set conflict relatively unscathed, other actors might not be able to say the same.

Last month, Star Search 2010 winner Jeffrey Xu, 33, admitted to Lianhe Zaobao that he "had an attitude problem" in the early years of his career.

When confronted by a director in who asked him if he knew "how to act" and questioned how he won Star Search, Jeffrey stood up and retorted.

Although he apologised afterwards, Jeffrey noted that he had a lull period of over a year where he had no dramas lined up for him following that incident. However, it is uncertain if this was a consequence of his outburst.

In a meWATCH talk show, actor Romeo Tan, 36, also recounted facing the fury of multiple directors on his road to stardom.

In one instance, Romeo had a disagreement with a director over his speaking speed, which resulted in him being detained on set even after he had finished filming his scenes.

"Maybe I didn't show enough sensitivity in my replies," Romeo said. "He probably felt I was talking back to him."