Top 9 Oscar-winning movies you can watch on Disney+ now

The 93rd Academy Awards Ceremony, also known as the Oscars is nearing.

Annually, the Academy Awards celebrate the best filmmaking artistry and skill by awarding Oscars to winning films leading them to become cultural icons and beloved classics in their own right.

As a tribute to this year’s Oscars, here’s a list of Oscar-winning feature films you can stream on Disney+ now, including those from the Best Picture, Original/Adapted Screenplay, Visual Effects and Cinematography categories.

Here are titles that need to be part of your next must-watch list.

ALSO READ: Kim Possible, Princess Diaries and the Magic of Disney's Animal Kingdom are some shows kids can watch on Disney+ this March holidays

The 2020 film tells a story of a woman in her sixties who lost everything she had due to the Great Recession. With nothing to her name, she embarks on a journey through the American West living as a van-dwelling modern-day nomad.

Jojo Rabbit is a film written and directed by Taika Waititi. The story revolves around Jojo, a lonely German boy who discovers that his mother is hiding a Jewish girl in their attic.

Aided by his imaginary friend, Adolf Hitler, the ten-year-old Hitler Youth member has to confront his blind nationalism as World War II rages on. The 2019 comedy-drama ended up winning Best Adapted Screenplay in last year’s Oscars.

The Shape of Water follows the story of a mute, isolated woman named Elisa who works as a cleaning lady in a hidden, high-security government laboratory in 1962 Baltimore.

Her life changes when she discovers the lab’s classified secret in the form of a mysterious, scaled creature that lives in a water tank. Although quite peculiar, the film won Best Picture, Director, Score and Production Design back in 2018.

2017’s Oscars winner for Best Visual Effects, The Jungle Book is centred around Mowgli, a human boy raised by a family of wolves since his birth. He had to leave his only home after the fearsome tiger Shere Khan took over.

In his journey of self-discovery, Mowgli encounters various jungle animals and along the way learns valuable life lessons.

Life of Pi became a classic after its release back in 2012. The film garnered four Oscars award consisting of Best Visual Effects, Original Score, Cinematography and Director in 2013.

The story is about a teenage boy named Pi who got lost at sea with a Bengal tiger due to a terrible storm. As months pass Pi and the Tiger must learn to trust each other to secure their survival.

Despite having been released 12 years ago, the 2009 film remains to be a classic. Not too long ago, Avatar had a re-release in China it easily surpassed Avengers: Endgame as the highest global box office grossing movie in the country.

Read Also
In the streaming war, is Disney+ or Netflix better? 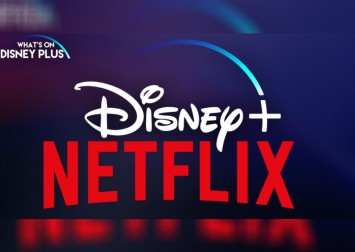 It does not come as a shock seeing as the movie bagged Best Visual Effects, Cinematography, and Art Direction awards during the 2010 Oscars.

The film takes place in the lush alien world of Pandora where the highly evolved Na’vi beings live.

As the planet’s environment is poisonous to humans they would need to link their human minds to Na’vi hybrids, called Avatars, to allow free movement on Pandora.

Jake Sully is a paralysed former Marine who becomes mobile again through an Avatar and falls in love with a Na’vi woman. As their bond grows, he is drawn into a battle of survival for her world.

The film tells the story of a ghostly pirate, Davy Jones, who must find a way to avoid his fate lest his soul will be damned for all time by collecting a blood debt from the infamous Captain Jack Sparrow.

The fantasy film was able to win Best Visual Effects back in 2007’s Oscars.

Now, if you have no idea what Titanic is, you are living under a rock. The most iconic film of all time that has transcended time tells the story of the ill-fated romance of two lovers on R.M.S Titanic.

It is a sure must-watch for all.

Dead Poets Society won Oscars for Best Original Screenplay and it does not come as shock seeing as the film received massive success and received numerous accolades after its release. 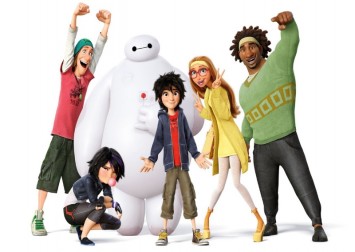 The story is about an English teacher, John Keating who works at an all-boys preparatory school known for its ancient traditions and high standards.

He makes use of unorthodox methods to reach out to his students who face immense pressures from their surroundings.

The Oscars 2021 will be held on April 26 at 8am SGT. For more information about the 93rd Academy Awards, you may head to the official website.