Xiaxue: I thought Oon Shu An was my friend; Shu An responds 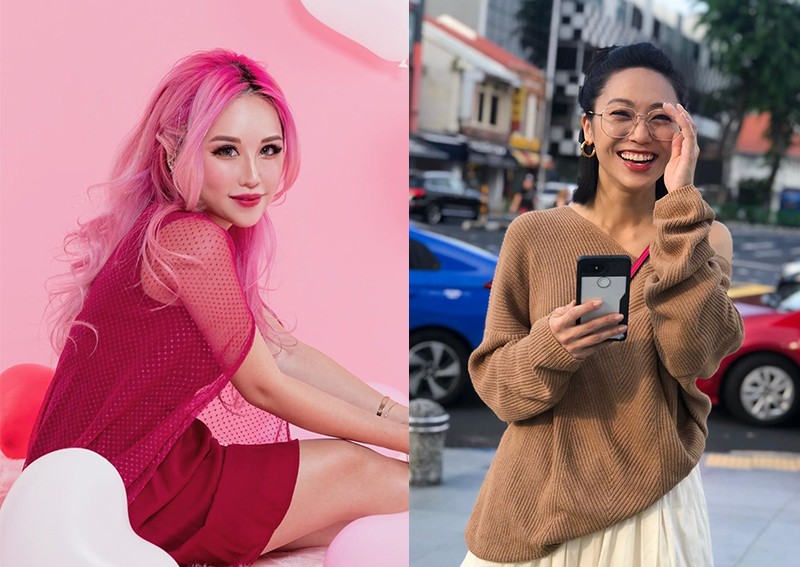 The 'queen of controversy' Wendy Cheng (better known as Xiaxue) is back in the headlines, this time with her stance against glorifying morbid obesity.

But things spiralled into a social media spat when local actress (and fellow Clicknetwork host) Oon Shu An presented a dissenting opinion. Xiaxue followed up with a comment on Shu An's Instagram post and called her a hypocrite on Instagram Stories.

Responding to AsiaOne last night (Feb 19) through an email, 35-year-old Xiaxue said: "I was so disgusted when I saw her post because I thought we were friends. She could have texted me first but I guess virtue signalling was more important to her.

"I maintain my stance that nobody should be telling the morbidly obese they are beautiful and okay the way they are, and she chooses to see it as being cruel to them. I think what’s being cruel is to let people die from obesity related diseases if they don’t wake up from their delusion that they are brave, gorgeous and their size 24 bodies should be celebrated."

In response to Xiaxue's comment, 33-year-old Shu An told us separately in an email that it didn't cross her mind to text Xiaxue first. But had she done so, her main issue "would not have been what (Xiaxue) said, but how she said it".

Shu An added: "But I don’t think I have the right to tell her how she should or shouldn't express herself. I will bear this in mind for the future, because we do have differing views on a lot of things and how to approach them.

"What I was actually concerned about, was a lot of points people were making in general in response to what was said. So I tried to address the issue the best I could while making it a point not to attack her."

When asked if they felt the issue had been blown out of proportion, Xiaxue agreed. She was surprised at how much the topic resonated with people since she thought people would ignore "a post complaining about Instagram promoting and glorifying morbid obesity".

NOT GLORIFICATION, BUT REPRESENTATION

However, Shu An felt what might have been blown out of proportion was instead the disagreement "being some kind of feud between the both of us".

She agreed with Xiaxue that morbid obesity is a problem and one should not glorify it because it is a health risk. But she thinks what transpired with the plus-sized model wasn't glorification but an attempt at representation.

Shu An pointed out that the actual issue people should be more concerned about is "the way we approach the problem of obesity and morbid obesity" as it's not addressed deeply enough.

She substantiated her point that positive representation for all types of people, regardless of body size, is important because if "the only time a group of people is represented in the media is negative", it will be an attitude that "carries over to real life".

Since the public disagreement, both parties admitted that there have been reactions from the public with Xiaxue noting that hers are rather positive.

"These last two days, the replies and comments I’ve gotten are about 95 per cent positive already. The haters have given up, probably because they realised I’m not going anywhere and I don’t apologise for my opinions, no matter how offended they are," she commented.

As for Shu An, she has received an outpouring of stories from plus-sized people who have been given a hard time because "a lot of people in their lives think they know better than them and often assume they haven’t been trying to lose weight".

On the contrary, she revealed, some of them had tried "extreme starvation" and "exercise", but those didn't help.

HELP PEOPLE BY LOVING THEM FIRST

She explained in detail that there were other factors that could contribute to their weight gain, such as health problems and depression, and a lot of people think that "acknowledging the root cause is akin to giving them excuses".

"Perhaps because a lot of us were brought up with the idea of tough love and brutal honesty and therefore think that is the only way to help people," Shu An added.

"But there is also the idea that a way to help people is to love them first, and to give them the tools to help themselves and to believe that they will help themselves. I don't think a single fat, much less, morbidly obese person is unaware of their size."

Shu An also said: "And before anyone says it, the idea that this positive representation of largeness or morbid obesity will eventually lead to glorification of it is something I just can’t foresee being a problem in a culture that is overwhelmingly obsessed with being thin.

READY TO MOVE ON

Despite their contrasting opinions, though, both Xiaxue and Shu An are ready to move past it.

Xiaxue in particular felt that she's "getting a little sick of the topic" and "said all I needed to say", though she's not above resurrecting the discussion if new talking points come up.

Shu An has seemingly extended an olive branch and revealed that she still hopes to be friends with Xiaxue.

"The best I would hope for is for a different way to approach the issue while remembering that the problem is morbid obesity and not morbidly obese people. Of course I would hope for us to still be friends. Our world is so divided, if we can disagree and still have civil conversations, I’m totally here for it."

Referencing a previous controversy where Xiaxue commented on climate change activist Greta Thunberg, she said: "For the record, Wendy, I would have contacted you about the Greta video as well. I don't know if you would have wanted that?

"I have always enjoyed talking to you and I think we would have very interesting conversations together."