Why I Do What I Do: He'll plan the final party of your life

Why I do what I do is a weekly series where we showcase uncommon professions and what it takes to go down that career path. In this episode, we feature Chris Cheah, 41, a funeral director. Starting out as a “coolie” who did the heavy lifting at funerals, Chris now owns his own business. We find out how he bounced back from the lowest point in his life and what it takes to deal with death. #WhyIDoWhatIDo #FuneralDirector #LifeandDeath

From a $20,000 'jet plane' to a simple cremation, he plans the final party of your life

Funerals — they're something everyone eventually has, but no one plans for.

That's where Chris Cheah comes in.

Chris, 41, a funeral director, ensures that every aspect of the funeral goes without a hitch, from the collection of the body to embalming and the setting up of the wake.

In his words, "It's like event planning for the final party of your life."

GOING OUT WITH A BANG

As the saying goes, ashes to ashes, dust to dust. We may all be equal in death but some funerals are definitely more ostentatious than others.

Not only do they live in style, the rich and famous also know a thing or two about elaborate send-offs.

Chris cites a local land developer's funeral as one of the most memorable ones.

The wake, which spanned seven days, featured food stations manned by chefs and a cornucopia of paper offerings including a jet plane, ship, mansion and a mahjong table.

The final bill? Safe to say it's more than what most people spend on their weddings. In fact, according to Chris, the jet plane alone cost a cool $20,000. 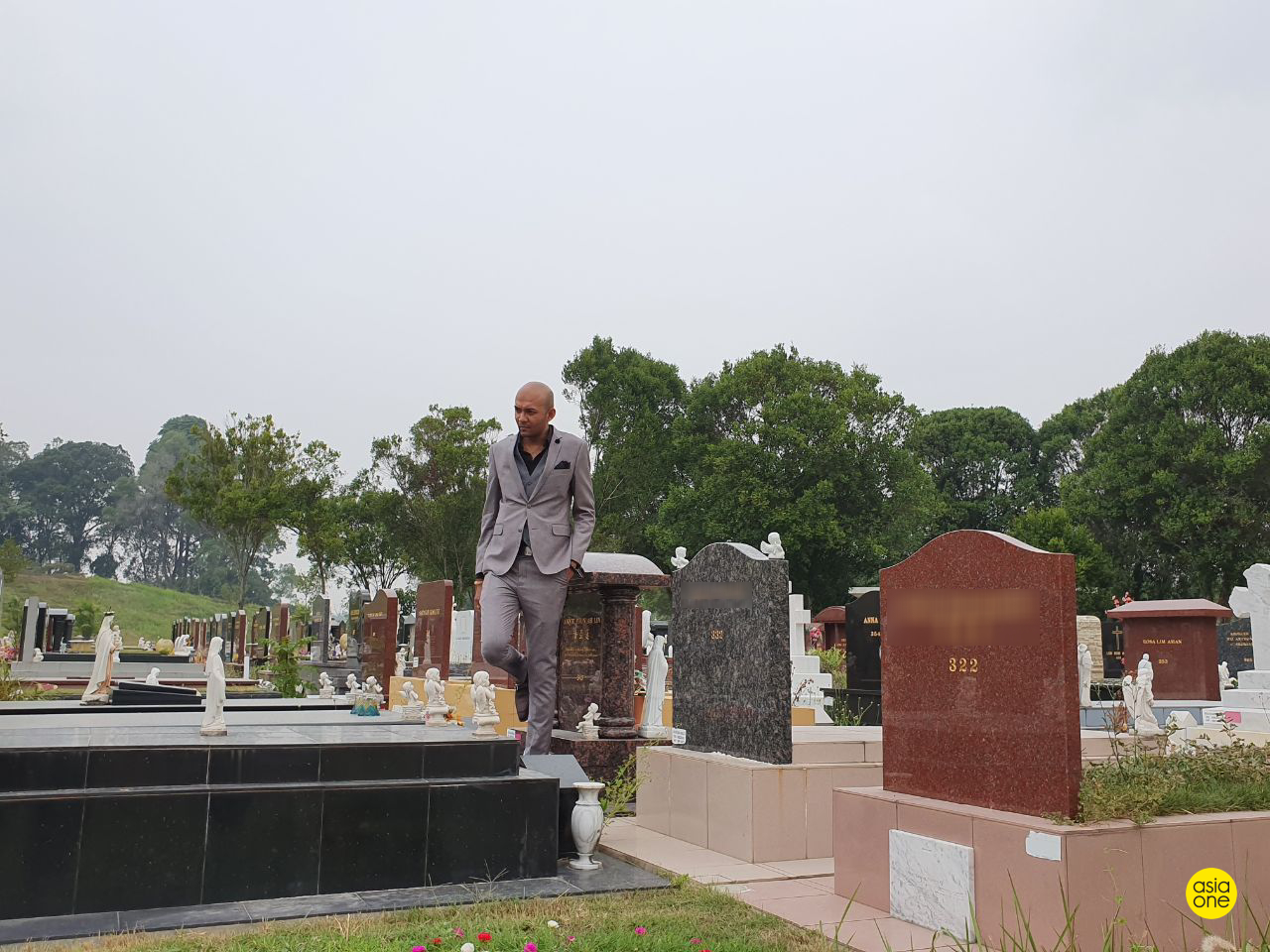 Extravagant wakes aside, the funeral business is still heavily stigmatised and seen as "dirty work" by some.

In a culture where nobody really likes thinking about death, Chris confesses that dealing with the deceased was not always his calling.

Before his life as an undertaker, he was the manager of a supercar rental company when he "lost everything" and had to start from scratch.

At his lowest point in his life and unable to find a suitable job, he "just wanted to find the sh*ttiest job to do and just fade away".

And so he started out as a funeral assistant, commonly known in the industry as a "coolie", collecting bodies and carrying caskets.

But things changed when he began to find purpose in the job and understood the significance of helping families through what he describes as "possibly the worst day of their lives".

AN UNCONVENTIONAL APPROACH TO THE BUSINESS OF DEATH

Nine years on, what started out as an attempt to find himself a "sh*tty job" has now evolved into a way of life for Chris, who owns his own funeral business and is on-call 24/7.

Cutting a striking figure with his three-piece suit and towering height, he doesn't look like the conventional funeral director — and he's not trying to be.

Explaining his reasoning for setting up his own company, he says: "Working in the industry you see a lot of people that are desensitised. And there's nothing wrong with that.

Rather than margins or profit, his main objective is to put the family of the deceased at ease.

And that means doing things a little differently from the norm.

Going against local customs, he doesn't collect payment on the last day of the funeral, nor does he require clients to sign contracts or pay deposits, ensuring that they are able to concentrate on the funeral and grieve in peace.

He also makes it a point to reach his clients within the hour whenever he gets their call, no matter the time.

HOW DEALING WITH DEATH HAS CHANGED HIS LIFE 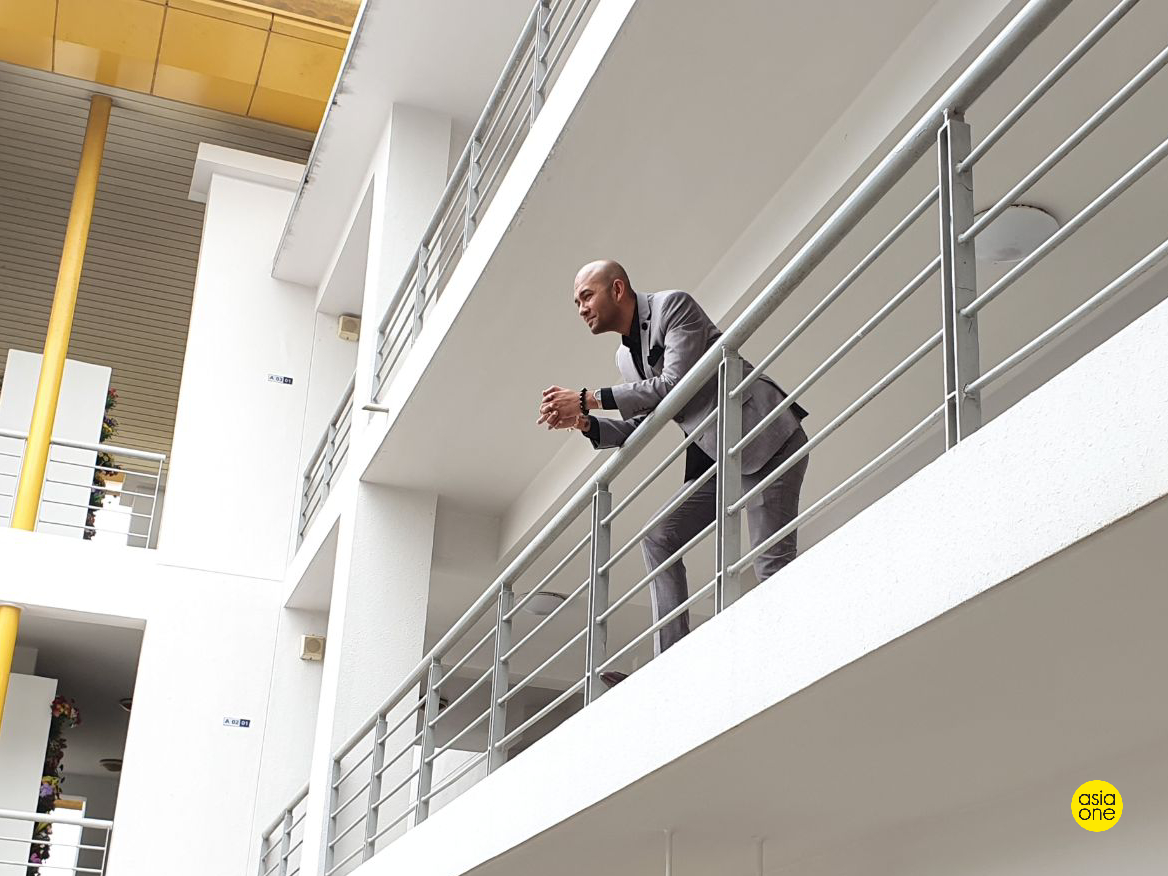 Chris's hands-on approach to his work may serve his clients well but he tells us that it does take a toll on him: "I absorb a lot of their emotions. I put myself in the midst of it all. You need to learn how to pull yourself out of it but I can't seem to do it."

Dealing with death on the daily doesn't just affect his emotions, it's also forced him to give more thought to his own mortality.

He says candidly, "I know the typical response will be 'Oh now I value life so much' and such. But I still deal with depression, I still have my ups and downs. But from where I used to be in life, stepping into this industry, it's changed me as a person."

Rather than focusing on material objects that can't be taken to the grave, he says he's now more concerned about how he will be remembered.

"On the day that I'm lying there, do people visit? When they come, what do I want them to say about me?

"It would be nice if people came and said, 'He was alright.'"

ALSO READ: She's a 'royal princess' in Singapore, but don't call her a spoilt brat

#why I do what I do #death #Funeral