GE2020: Men on the election campaign trail who've slayed with their style

It's not just the women who've got It, the men of GE2020 have proven they've also got great sense — sartorial sense that is.

The stakes may be high going into a political election, but these candidates have proven they've got just what it takes in the fashion stakes too.

Tan Chuan-Jin (and his pumped up kicks)

#Majulah! Another day starts....a journey that has been going on for nearly 33 years in public service...of which 9 has...

Those Nikes may look rather well-worn, but the effort put in by the Speaker of Parliament to customise his sneakers gets the thumbs up from us.

And oh yes, the otters look cute, too.

<Smile> Learning to smile with my eyes as I continue visiting residents at their homes. p.s. was tempted to draw a smile on my mask!

Most of us may have known by now that PAP new face Xie Yao Quan, who is part of the team contesting for Jurong GRC is also Minister for Education Ong Ye Kung's cousin.

With his fit physique, he looks good in his campaign trail ensemble, but it's what lies apparently beneath those party whites that have made people sit up and take notice.

Who's the person walking alongside opposition leader Chee Soon Juan is what one netizen wants to know.

Under the mask, we can't really tell but he certainly captured attention with his well-fitted and pressed red shirt and khaki pants, not to mention that confident swagger. 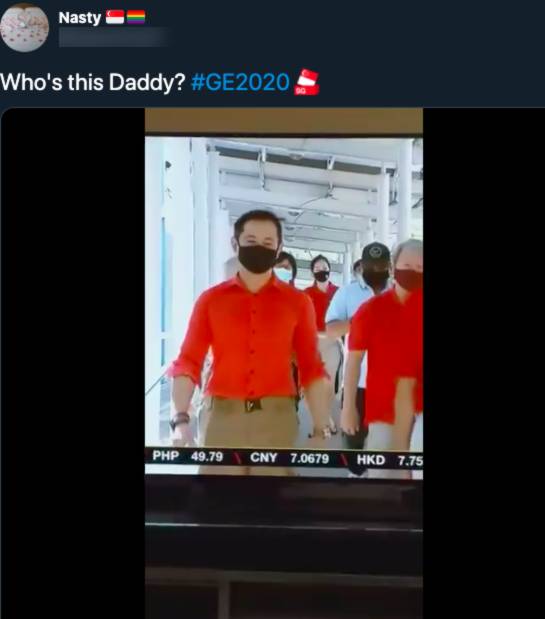 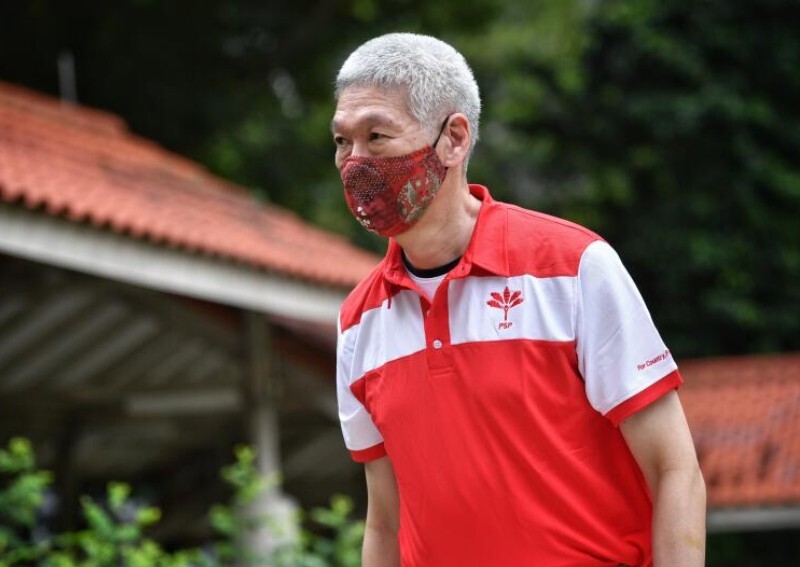 Fashionable face masks are not just for women.

Okay, so the Prime Minister's brother is not contesting in this election, but he has been spotted on PSP's campaign trail, decked out in brightly-coloured, flowery masks that have become his signature look.

The batik-like fabric masks are said to be made by his wife, Lee Suet Fern.

The incumbent MP for Tampines GRC is well known for being sartorially savvy. On Nomination Day, Baey dared to be different, eschewing the formal tucked-in look of his running mates and ditching the usual black dress shoes. 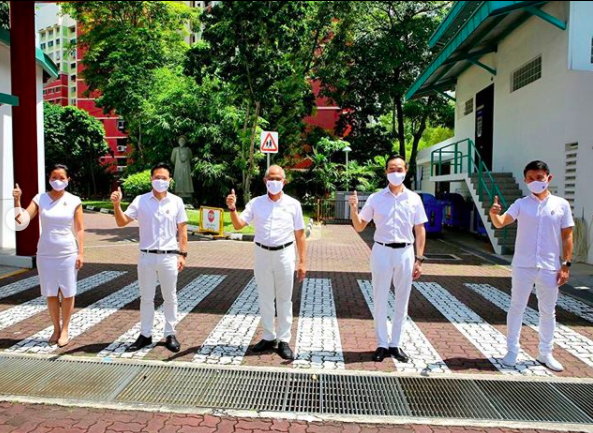 Even on the often sweaty campaign trail, the man looks well-coordinated, down to his matching footwear

I visited residents at Tampines Blk 499A and 499B over the weekend to inform them about the use of former TPJC campus to temporarily house healthy migrant workers. Blks 499A and 499B are nearest to TPJC. I sought residents’ understanding about the works that may affect them, and was glad to hear that residents welcomed the move. Many agreed that we should make good use of existing facilities to house and care for our migrant workers who have worked hard to help build Singapore. This is a strong display of our caring Tampines spirit. Some residents also shared their feedback about the temporary housing facilities. I have conveyed them to the MOE dormitory taskforce so that they could make adjustments to ensure residents and workers can have a pleasant stay in Tampines. While Parliament may have been dissolved, I am still happy to hear from our Tampines residents on how we can make Tampines a better home for everyone. If residents have any feedback on the TPJC site, you can still drop me an email. I will forward them to MOE, so that MOE can address your concerns and follow up on your suggestions. #SGUnited