'I broke up with my fiancee after buying our BTO flat' 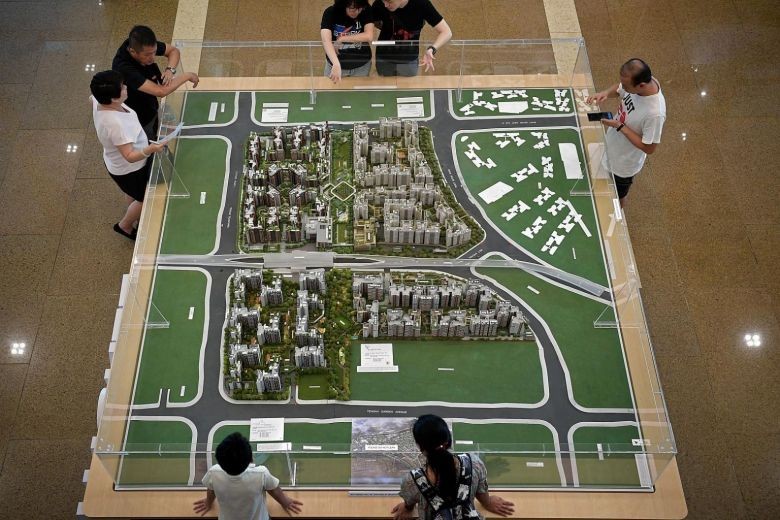 That's basically Singaporean lingo for, "will you marry me?".

Yes, asking the love of your life if you want to dump their life savings into a new home together is not the most romantic way to propose, but it's definitely 100 per cent Singaporean.

It's not an unusual initiation too (not that we advocate it), because in Singapore, fresh Build to Order (BTO) HDB flats typically take three to four years to be ready. That's precisely why kiasu couples who are worried about having to wait for their matrimonial home may jump the gun before tying the knot.

And it's also this proposition that has gotten many into a financial pickle, especially when your partner decides to break off the engagement just before you both can say "I do".

In such cases, you could stand to lose anything from $10, up to $100,000 depending on the type of home purchased and at which point in the process you two decide to call it off.

We gathered the stories of three people who've had the unpleasant experience of forfeiting a home after they'd applied for purchase or bought it. 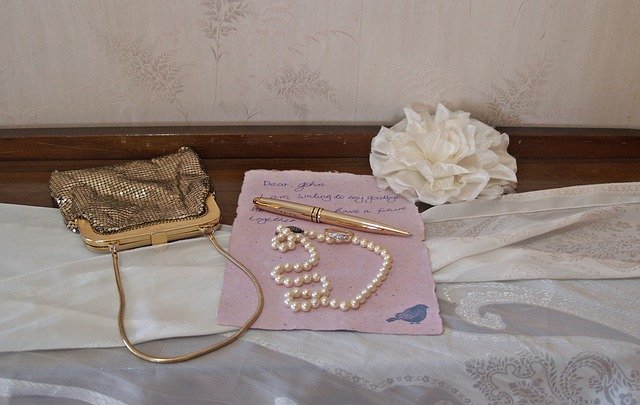 "Being a planner by nature, the moment I started work and had an income, I felt that I should start planning for my own place. In hindsight, it was quite naive.

"I had known my then-girlfriend in poly and we'd been together for five years before we decided to buy a four-bedroom BTO flat in Sembawang. That was in 2012. In typical Singaporean fashion, I officially proposed after that.

"But it was when the flat was almost ready that things went south between us. I felt it was due to personality differences, especially after we started working. We broke up in early 2016, and I got the notification for the key collection in mid-2016.

"In a last-ditch attempt to save the relationship, we even went on a holiday together to try to rekindle the romance. But ultimately it still didn't work out and we parted as friends at the airport.

"I notified HDB that we were not continuing with the purchase, and after explaining my circumstance, I had to forfeit only the initial deposit, which was about $2,000."

"It's realistic, but couples should always try to work it out instead of breaking up after you sign your Home Loan Eligibility forms.

"The penalties and getting rid of a flat after you got it can be quite serious. My penalty was also not being able ballot for a new place for two years after giving up my flat — and that is considered the lightest among all penalties.

"But conversely, please don’t get married for the sake of a home. A home is a huge undertaking, and if there is any inkling of cracks in the relationship, don’t jump into it. Be very, very sure, and take your time. It's better to lose your five per cent deposit than stay in a place with someone whom you don’t love anymore." 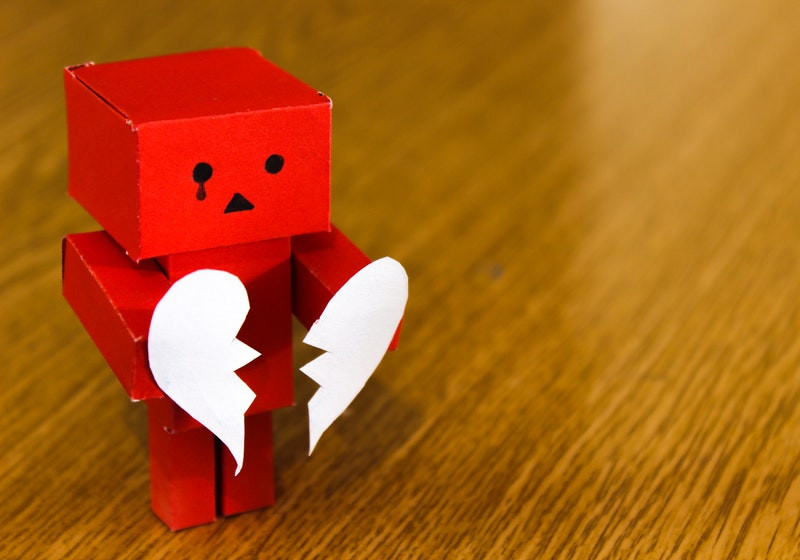 Kelly, 39,  split up with her fiance a year after purchasing a $500,000 Executive Condominium (EC) unit in Punggol:

"My ex and I were together for two years before he proposed and we decided to purchase our own home before our wedding.

"We looked around and settled fairly quickly on a two-bedroom unit in an EC that was being developed in Punggol.

"I won't go into too much detail as to why we broke up, but suffice to say I found out that he had someone else on his mind — just two months before our wedding in 2011.

"By then, we had gone through with the sale and purchase agreement for the EC, and paid the 20 per cent downpayment, which was a little over $100,000.

"I had been working for a longer time than he had at that point so I paid a substantial amount more. The cash downpayment was mostly covered by my parents.

"So after the painful decision to break up, the next issue was what to do with the house we'd already purchased.

"Expectedly, the split was an acrimonious one, and I mostly tried to push the issue away as it was a traumatic reminder of the breakup. But I was forced to confront the looming reality that I could lose all my hard-earned savings as the completion date drew nearer.

"We explored the best option as to who could take over the home. Either one of us could get our name replaced on the lease. However, parents on both of our sides were ineligible and there was no next-of-kin I could share the home with.

"It was about two years later before it was finally settled — he had a new girlfriend by then, someone who presumably knew of the predicament he was in and was willing to take over the apartment.

"In our initial correspondences, my ex had tried to sell me the idea that after the five-year minimum occupation period (MOP), he could sell the flat and give me a share of the profits. Needless to say, that did not materialise.

"A part of me definitely still feels indignant that my loss was eventually turned into his gain in a very literal sense. But at the end of it all, I'm just glad that at least my principal CPF sum was returned to me. He also repaid my parents' share of the cash downpayment in instalments over one or two years.

"I would definitely recommend being sure of who you choose to be in bed with (pun unintended) when it comes to a high-cost investment like a home. But still, love is unpredictable.

"You could be blind-sided no matter how well you think you know a person or think they're 'The One'. The sensible thing to do would be to fully commit to the relationship and make sure the foundation is solid before making that financial leap. But it's still not a fool-proof measure to happily-ever-after.

"Another tip would be to buy only what you can afford. If I wasn't able to get the loan from my parents then, we would never have been able to cough up the downpayment on our own. Otherwise, one can go broke trying, which would be a terrible way to start a new life together." 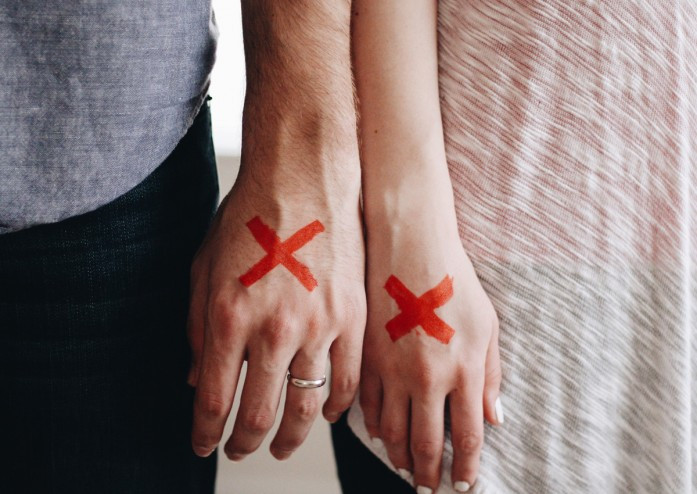 Jill, 33, bought a close to $1 million condominium unit with her boyfriend before they broke up

"My boyfriend and I were in a long-term relationship from the time when we were 17. It was a stable relationship, save for the one time we broke up for a year while he was in National Service.

"When I was 24 and he was 25, we decided to get a condominium unit together, mainly because we thought it was a good buy and it was being built by an established developer. The three-bedroom unit located at Upper Serangoon Road cost slightly below $1 million.

"We didn’t really talk about marriage back then, but I guess it was just something that we assumed would happen eventually after we bought the house, since we were together for so long.

"However, less than six months later, we broke up. There were may reasons for the breakup, but in summary, we lost the spark in the relationship and felt more like family than lovers.

"I took over 99 per cent of the ownership and continued financing it for five years. When it reached the Temporary Occupation Period (TOP), I bought over the one per cent and waited one year before I sold it. I managed to earn a little from the sale."

"It’s not the end of the world when you lose both the home and the relationship. But it's still painful to go through all that, although mine wasn’t a BTO and I still haven’t lost my chance to apply.

"If it happens, just think logically and look for solutions to reduce your loss — monetarily and emotionally. In my case, obtaining majority ownership of 99 per cent early on instead of buying over the unit completely meant I avoided having to foot a hefty stamp duty charge. This meant I also ended up paying a smaller subsequent stamp duty than I would have had to once it reached completion.

"I believe what doesn’t kill you makes you stronger and everything happens for a reason. On the bright side, at least it happened before and not after marriage."