#why I do what I do#Dogs#jobs

Dog-trainers Ashley Chen and Yan Shi Ting, both 33, have had friends asking if they could train their kids to be as well-behaved as their dogs.

"Whenever I'm with my friends, especially those with kids, they'll ask me the same thing, 'can you please train my kids to be the same as your dogs?', laughed Ashley.

And she's not about to turn them away. She said: "If you follow the same training structure and mindset of how they should behave, it is the same."

Leaving their desk-bound jobs as designers five years ago, Ashley and Shi Ting shared how they turned their side hustle into a full-time job.

"Along the way, owners started to ask us questions like, 'how do I get my dog to be the same as your dogs?', and they also started to seek advice on dog behaviour issues."

To better equip themselves at answering such queries, Ashley and Shi Ting would join seminars to learn different training skills from other trainers. They'd then apply the different methods with their pack of dogs — 10 of them, to be exact.

I can't even handle one toy poodle at home, let alone care for such a large pack. But seeing how guai (obedient) the dogs are, I can't help but ask them for their secret.

As a dog owner, I've read that positive reinforcement works best on dogs. This entails offering them treats after performing a trick or when they behave well.

But Shi Ting begs to defer — she believes the owner has to be the biggest motivating factor for the dog instead of a treat or a toy.

She said: "The main struggle is having the owners believe that we cannot use treats or toys to get the dogs to listen to us...because they don't see how this can work with their dogs."

Another controversial training method the duo uses is electronic collars (e-collar), which is usually perceived as harmful to the dogs' physical and emotional health. Quick to clear the misconception, Ashley asked if we wanted to try how the stimulation feels like. 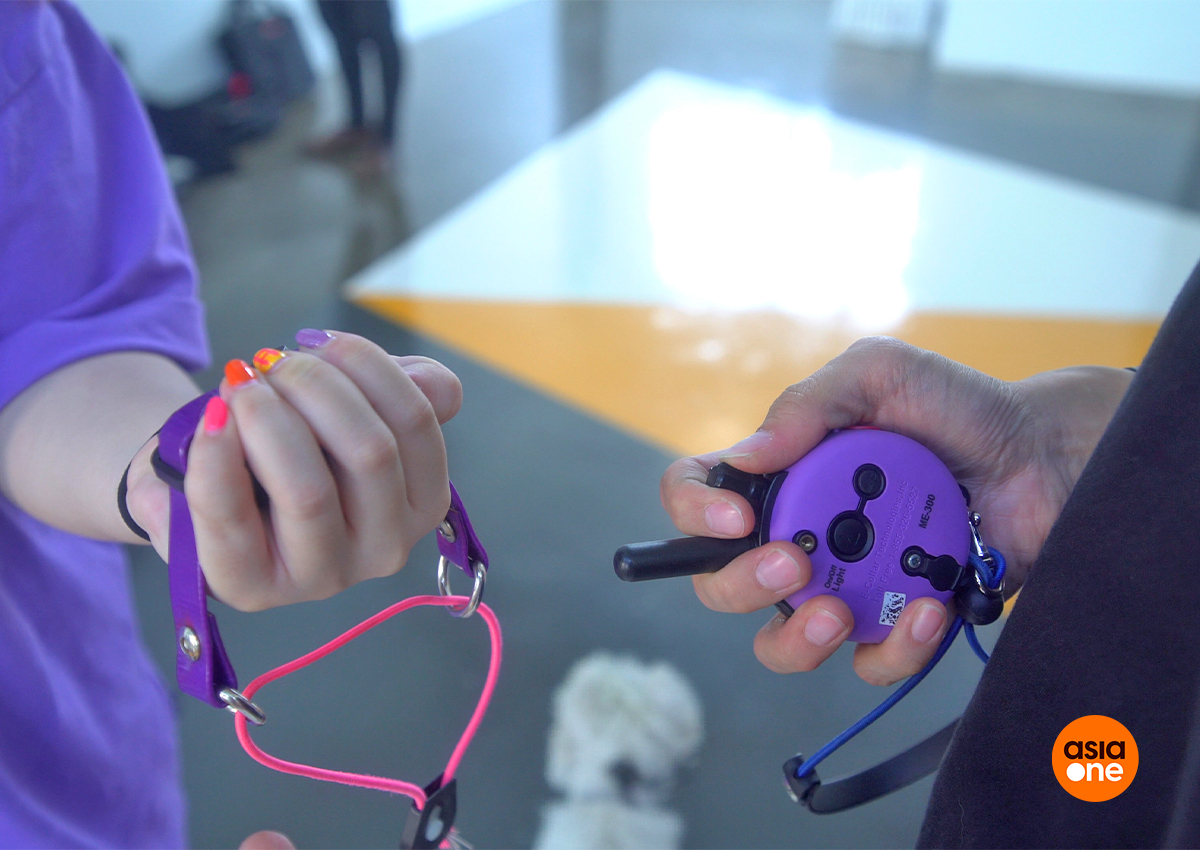 She placed the e-collar on our palms and gradually increased the frequency starting from level one. It wasn't until level 14 that I felt a slight tingling sensation — almost like a mild onset of pins and needles — and it didn't hurt one bit. The stimulation levels used for dogs are usually on a lower range, from level one to a maximum of four.

Shi Ting emphasised: "We see the e-collar as a very powerful tool. Using very low stimulation on the dogs to get them to engage with us, [is better than] having the dogs choke themselves while pulling on the leash."

Their most popular training programme is the 14-day board and train, where the dogs-in-training will stay with them for a full two weeks to learn basic obedience commands, leash-free walking, proper greeting manners and more.

All while being trained in a busy outdoor environment, so that they'll continue to perform well despite the distractions. 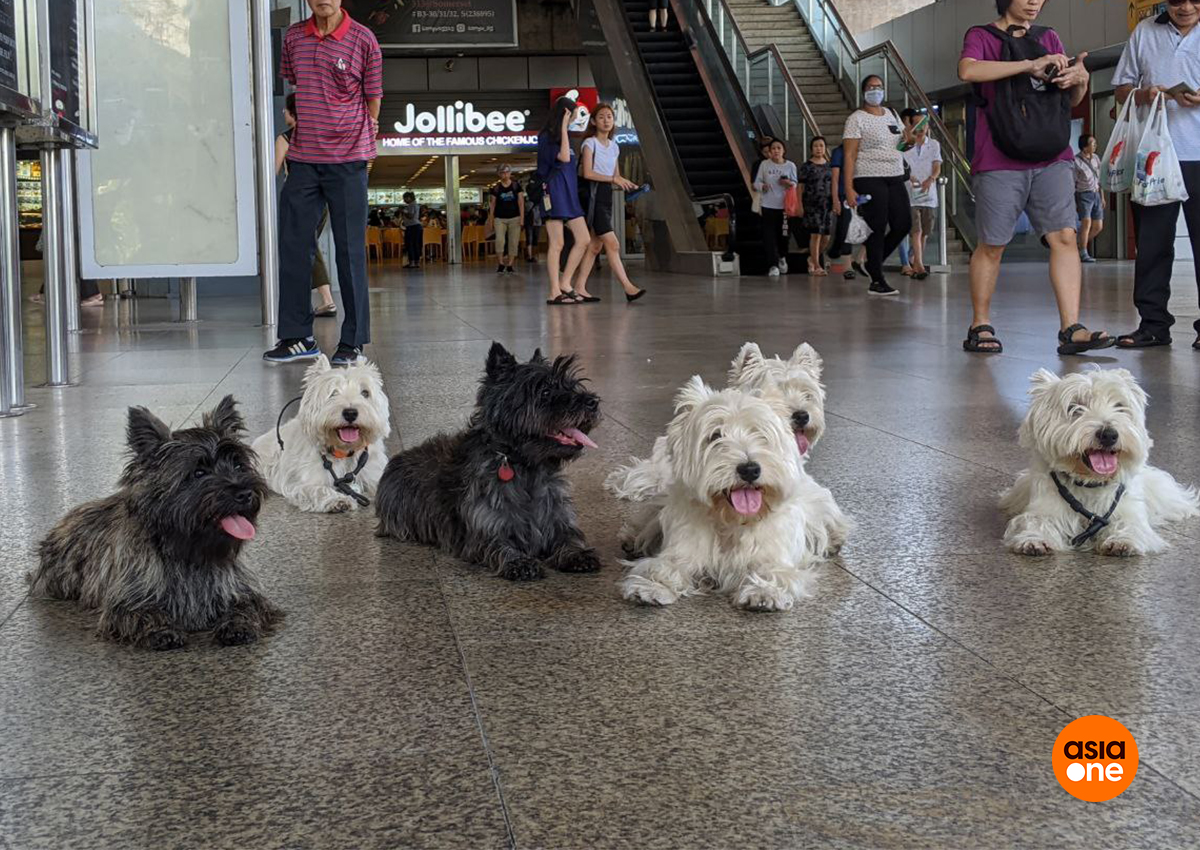 The most amusing command they'd have to learn would be "place", where the dogs will have to rest in a spot without moving until the command is recalled. Most times, the dogs will lie comfortably or even fall soundly asleep.

Ashley and Shi Ting have since trained more than 50 dogs in their board-and-train programme, and have turned down a few odd requests, including teaching a dog how to pee in a toilet bowl and owners who have pushed the responsibilities of training a dog to their helpers.

The most fulfilling thing about their job, however, is when they see the dogs working in sync with their owners and calmly enjoying their time outside, especially for dogs that were initially fearful or suffering from anxiety. 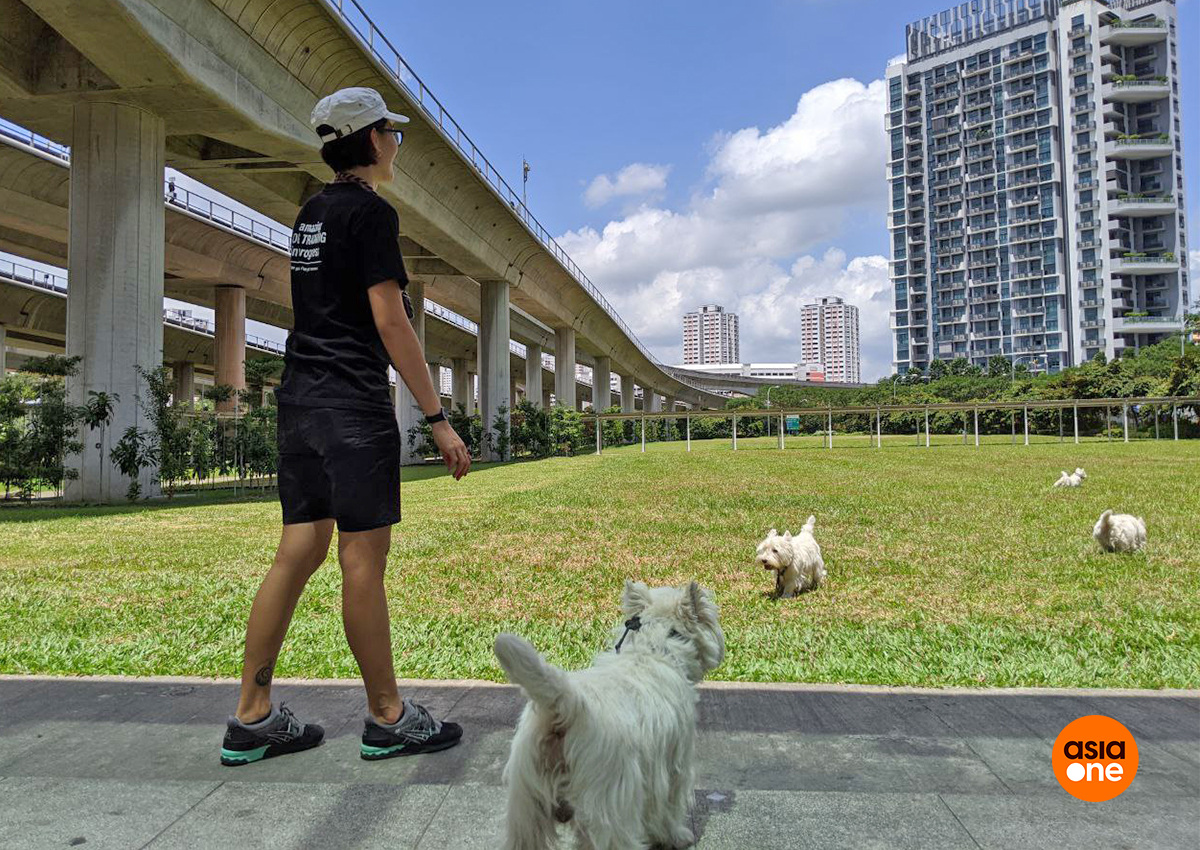 "When their faces light up, it's like they are telling me, 'I'm fine and I'm enjoying this'. It's always a joy to see them running around, which they couldn't do in the past," said Ashley.

They believe that not all dogs need to go through training, but all owners must know how to communicate with their dogs.

"Without communication, there won't be engagement with the dogs." Said Shi Ting.

ALSO READ: Her client successfully got pregnant after one visit… but she's no fertility doctor