Which industry has the longest working hours in Singapore?

I’ve always known Singapore to be a hardworking nation, but I never truly realised the extent of it.

The revelation only came when I had my summer school programme during my university days.

I was so surprised to see people lounging on grass fields in the middle of the day, and I remembered my initial thought being: "They all look like working adults. Well, don't they have to… work?"

Perhaps it was my limited exposure to the rest of the world, but that experience shifted my perspective towards work and life.

I came back feeling like everything in Singapore was moving at twice the speed. We were walking faster and clocking really long hours for everything that we do.

It is no wonder that research reports and studies are showing how tired we are.

The pandemic situation has also inevitably worsened this situation, causing us to be more hyper-connected and blurred the boundaries between work and life.

With most of us slogging from day to night, ever wondered which industry has the longest working hours in Singapore?

TLDR: Which industry has the longest working hours in Singapore?

The Administrative & Support Services provides vital support for organisations to run smoothly. Examples would include clerical work and Human Resources.

What are the contractual hours for work in Singapore?

Under the Employment Act, your working hours are regulated, which means that you’re entitled to breaks, overtime pay and rest day. Here are the common work arrangements:

As an employee, you are not allowed to work more than 12 hours a day.

However, your employer can ask you to work for more than 12 hours a day if there’s:

Overtime pay will be given for any overtime work, which is work that is in excess of the normal working hours of work.

However, overtime pay is only compulsory if an employee is:

A survey done in 2016 by recruitment consultancy Morgan McKinley found that 6.5 out of ten people "felt obliged to work longer than their contracted hours".

Should we still work eight hours a day, five days a week?

If you’re wondering when our eight-hour days started…

This was during the time where workdays were easily 12 to 14 hours as companies were attempting to maximise factory output.

One of the first businesses to implement the eight-hour workday was Ford Motor Company, which not only decrease their work hours to eight hours, but also doubled their workers’ pay.

Read Also
How to successfully navigate a hybrid work model 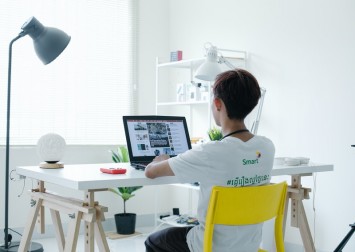 The results were extraordinary – Ford’s profit margins doubled within two years when the same workers worked shorter hours. With results like this, momentum for this movement picked up shortly afterwards.

However, the nature of jobs these days is very different. Instead of being mostly factory workers, there is a large group of knowledge workers today, those who sit and work at office desks in front of computers.

And due to the nature of work, longer hours doesn’t always necessarily translate to more output or results.

In fact, an analysis done by UK Trade Union Congress showed that while UK full-time staff worked almost two hours longer than the EU on average, they were not as productive as staff in Denmark who worked fewer hours in the average week.

That being said, the number of hours worked is still often used as a yardstick to determine the dedication and commitment of a worker.

Is it really possible for us to ditch the 40-hour work week?

There can be different perceptions towards long working hours.

Some of us voluntarily opt for longer hours, finding personal fulfilment in achieving work outcomes and deriving work satisfaction from it.

Others may spend long hours at work due to increased demands at work, pressure, or having the difficulty to fully "switch off" after working hours.

It’ll be wonderful if you belong to the former category, But let’s admit it…

A lot of us fall within the latter.

I mean, a lot of us are guilty of just talking about how tired we are all the time.

In true blue Asian fashion, we’ve also recently topped another list, coming in first place for being the most fatigued country.

We even won China and Japan, two Asian counterparts who are known for their long working hours and… fatigue.

Given how work can largely affect our physical and psychological health, this shows the urgent need to address the issue of overwork.

Today, employees see the need for a healthy work-life balance (or rather, work-life harmony), knowing the importance of achieving a balance between both our jobs and personal life.

Acknowledging your own career goals and priorities is also integral when it comes to choosing your job as well, as factors like the type of industry can also be correlated to the number of working hours required.

In addition, employers play a big part in this as a company’s culture greatly affects an employee’s work behaviour.

It is difficult to have clear boundaries between work and life if bosses perpetuate unhealthy work cultures.

That said, it is heartening to see companies acknowledging this issue as well.

While having a job is now an expected societal norm, work shouldn’t be leaving you with zero energy to attend to things outside of work.

Some industries also understandably have longer work hours due to their job nature.

And because of that, it reminds me to be grateful to be in a position where I am able to prioritise job factors like work-life balance, as it is might not necessarily be an option for many out there as well.