This made my day: Veteran Malaysian pilot quits to fly with daughters 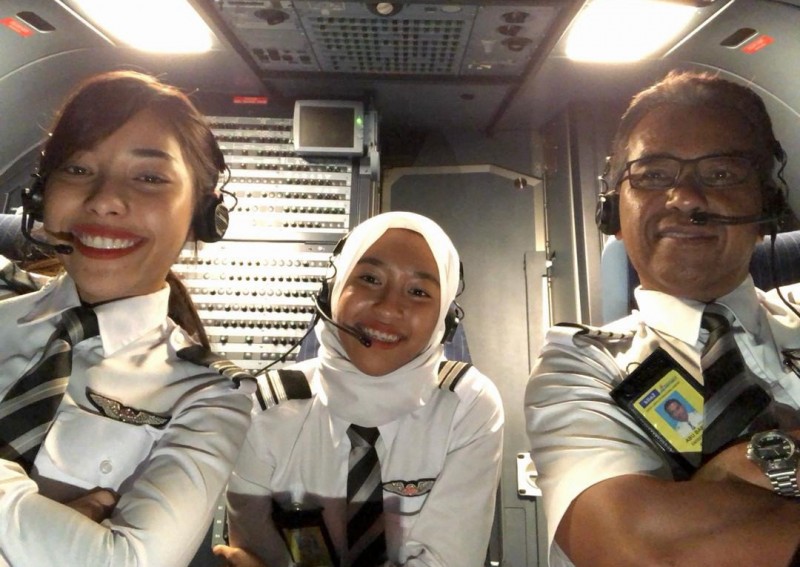 Seeing that both his daughters have earned their wings, a veteran pilot left a 40-year-long career at Malaysia Airlines to become their colleague.

One of them, Safia Anisa, had just graduated from flying school and snagged a job with AirAsia.

Despite his experience, the 58-year-old dad "started fresh as a junior just so he could fly with two of his annoying daughters," Anisa‏ wrote in a tweet on July 12.

Touched by his gesture, "I cannot tell you how grateful I am for this," she said.

Her post was accompanied by photos of father and daughter strapped into pilot seats and grinning at the camera.

According to Anisa, her father had earned his stripes through the years, starting as a Malaysia Airlines cadet after completing secondary school.

With experience piloting aircraft such as Boeing 747 and Airbus A380, he also became an instructor and examiner.

Other Twitter users chimed in, sharing their experience working with him -- one of them recounted how Anisa's father was his instructor during his flight training back in 1993.

And just before he retires, he's taking the chance to fly with his daughters, Anisa, 23, and Amira, 28, a senior first officer.

The family's joy in flying together is infectious and warming hearts on Twitter, judging from the number of positive comments and retweets.

Perhaps this Twitter user said it best, "I'm sitting here grinning ear to ear reading this. Your dad sounds awesome. Seems like y'all got that trait!"

ALSO READ: This made my day: New airline pilot surprises parents by flying them for first time