I came across this pretty interesting diagram from visualcapitalist aptly called The Periodic Table of Commodity Returns.

Its a really fancy table with a myriad of colours that caught my attention. The table basically depicts the annual returns of the key commodities over the past decade.

I was interested to find out which was the top-performing commodity and which was the worst over the past decade and the reasoning behind that.

I ended the article with a short write-up on an alternative asset, Bitcoin, and why the first half of this year might see strong performance from this alternative asset class. (FYI, Bitcoin is up 22 per cent YTD).

Visual Capital actually sourced the table from US Global Investors which compares the individual commodity returns between 2010 and 2019.

The title of best performing commodity of the decade belongs to Palladium which not only came in first overall, it managed to achieve a CAGR of 16.9 per cent over the past decade.

That performance basically blew the competition away, with the 2nd place winner coming in at a distant CAGR of 3.94 per cent over the decade. That honour surprisingly belonged to Coal, a commodity that is pretty much hated in today's context of clean renewable energy source.

Gold took the 3rd place honour, coming in at a close CAGR of 3.3 per cent over the past decade.

The notorious honour of being proclaimed the worst-performing commodity of the decade belonged to Natural Gas.

The table below shows the final value associated with each commodity type after a decade of investment horizon, starting with $1,000.

As well as their respective Compounded Annual Growth Rate over the past decade.

Other interesting facts that can be sourced from US Global Investors interactive tool showed that Gold was the least volatile commodity class while Coal was the most volatile.

Interesting, but why was Palladium the best performing commodity asset class and Natural Gas the worst?

THE CASE FOR PALLADIUM

Palladium posted 4 consecutive years of annual gains, with the last 3 being the best returns across the commodity asset classes explored above. 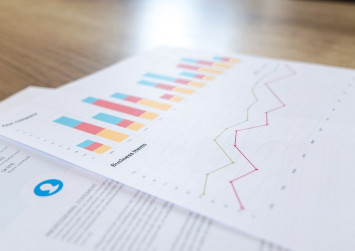 The metal has been in a supply deficit since 2012 due to a huge supply-demand mismatch. Palladium is among the scarcest precious metals in the world, mined primarily in Russia and South Africa, which means supply will potentially remain in deficit for years to come.

On the hand, demand is sky-rocketing. This is due to increased global emission standards which require more palladium to be used in new cars, particularly for the manufacturing of catalytic converters.

According to Steven Dunn, head of exchange-traded funds at Aberdeen Standard Investments, strong fundamentals continue to exist for palladium to continue to test new highs, with deficits expected to continue or get even worst in 2020.

More stringent emission standards ahead will continue to boost the demand of this "precious" metal. Having recently broken above the US$2,000 (S$2,699) an ounce mark, Citi analysts forecast its price to hit US$2,500 by mid-2020.

NOT SO MUCH FOR NATURAL GAS

Some of us might be familiar with Shale. Shale was one of the key contributing reasons why global oil prices collapsed in 2018. This was due to rapid oil/gas production by shale players which surprised many oil experts.

This led to a supply glut which threatened to derail the recovery in oil prices, which has been on a robust uptrend since 2015.

The production of natural gas, in particular, was especially strong due to elevated levels of shale activities. Despite increased natural gas consumption as well as rising levels of exports, it will still be insufficient to absorb production that has grown by more than 14 Billion Cubic Feed per day (Bcfd) since Jan 2018.

It also does not help that warmer temperatures are curtailing demand for this commodity class. This resulted in its price plummetting by 25 per cent in 2019.

IHS warns that a new surge in associated gas production from the Permian basin will push the average price down below US$2 per MMBtu for 2020, the lowest price has averaged in real terms since the 1970s.

So it seems that the fortunes of the best/worst-performing commodities are unlikely to reverse over the course of the coming year.

While not in possession of a crystal ball, my sense is that commodity as an asset class will do decently well in 2020, notwithstanding a significant China slowdown like what we saw back in 2015 which was touted as the worst year since the GFC.

Commodities will do well if we happen to go into an inflationary environment although that correlation has significantly weaken in the past 30 years.

Heighten political turbulences as the US election approaches could be another key catalyst for commodities to outperform in 2020. 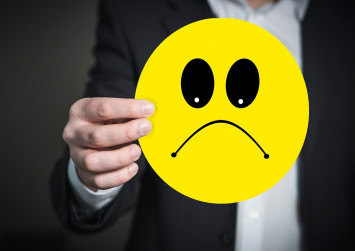 According to Bridgewater Associates co-chief investment officer Greg Jensen in a recent interview with the Financial Times, he believes that gold could surge past $2,000/oz as central banks embrace higher inflation and political uncertainties increase.

According to him, the fed and other central banks won't clamp down on inflation or raise interest rates in the near term, supporting a higher gold price.

"There is so much boiling conflict, that gold being part of a portfolio makes sense to us. In fact, rising inflation and soaring budget and trade deficits could lead to gold eventually replacing the US dollar as the world's reserve currency".

Well, we have all heard of the twin deficit story and the demise of the US dollar many times in the past decade, since the US started QE 1,2,3,4…. well, so did a lot of other nations which engage quantitative easing in one way or another since GFC.

Is Gold going to be THE commodity asset to own in this coming decade? In my opinion, it is always useful to have an asset class that is regarded as a hedge against inflation.

Run-away inflation in the US, in my opinion, is probably the black swan event that will be the ultimate deal-breaker, both for the US economy and the global markets.

Palladium could be an alternative precious metal for consideration. The PALL ETF (Aberdeen Standard Physical PalladiumShares ETF) might be one way to get exposure to this precious metal.

THE BEST ALL-TIME ASSET OF THE DECADE

While Palladium might reign supreme as the best commodity asset to own for the decade, the honour of the best performing asset of the decade goes to Bitcoin.

Bloomberg reported that Bitcoin's 9,000,000 per cent rise in the decade left skeptics aghast. It has emerged as the best performing asset of the decade, outperforming all other investment assets by a wide wide wide mile.

WHY BITCOIN COULD POTENTIALLY HEAD HIGHER

While I am no bitcoin expert (I don't own any as of this writing, fortunately, or unfortunately, depending on if I bought in 2010 or late-2017/early-2018), some speculators believe that a particular event happening in 2020 could push bitcoin even higher this year. 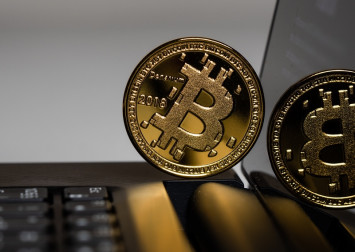 That event is the "halving" event.

A bitcoin halving is an event where the reward for mining new blocks is halved, meaning miners receive 50 per cent fewer bitcoins for verifying transactions.

Halving limits the supply of new coins, so prices could rise if demand remains strong.

Bitcoin halvings will occur every 210,000 blocks until around 2140 when all 21 million coins will have been mined.

The commodity asset is generally not an investment asset class that most are familiar with, with the exception of Gold. One should, however, pay more attention to this asset class category, particularly if inflation is to take flight.

Alternative investments like Bitcoin might be interesting for one that has some spare cash lying around and don't mind the huge volatility and potential losses associated with such an asset. The risk might be large but the potential reward equally sweet, that is if bitcoin can continue to be the "digital gold" of this decade.

This article was first published in New Academy of Finance. All content is displayed for general information purposes only and does not constitute professional financial advice.