The logo of internet technology company Netease is seen at the China Digital Entertainment Expo and Conference, also known as ChinaJoy, in Shanghai, China, on July 30, 2021.

HONG KONG/PARIS – Chinese gaming giants Tencent Holdings and NetEase have extended their investment in overseas studios, with the former to take a stake in Japan's FromSoftware and the latter acquiring French developer Quantic Dream.

Tencent, operator of the WeChat messaging app and the world's largest gaming company by revenue, will take a 16.25 per cent stake in FromSoftware Inc, the developer behind hit action game Elden Ring, parent Kadokawa Corp said on Wednesday (Aug 31).

The investments by Tencent and Sony Group Corp, which Kadokawa said is also taking a minority stake, will together raise 36.4 billion yen (S$365 million) for the company.

The two high-profile deals reflect Chinese gaming firms' continued pivot overseas as growth in the domestic market, which had been key for both Tencent and NetEase, loses steam.

China's video games sector revenue declined in the first half of 2022 for the first time, a report in July showed.

China launched a sweeping crackdown, now easing, on its high-growth tech sector, in part alarmed by what regulators called "disorderly expansion of capital" after acquisition sprees by tech companies.

"The investment shows that Tencent is still active in expanding their footprint outside China in big ways," said Serkan Toto, founder of the Kantan Games consultancy. 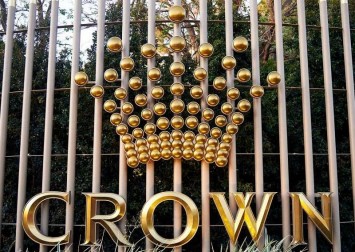 Tencent's other investments in Japan include PlatinumGames and Marvelous Inc.

NetEase said its acquisition of Quantic Dream will give it its first studio in Europe. It purchased a minority stake in the company, which is working on a Star Wars game, in 2019.

This month, US firm Unity said it had struck a deal to create a joint venture in China with Alibaba Group and ByteDance as shareholders.