How to tell if your investment is a scam

Investment scams are on the rise. Here’s how to avoid falling victim and losing your life’s savings.

Last year, at least $69.5 million was lost to scammers running over 1,100 investment scams in Singapore. That works out to an average loss of more than $63,000 per victim.

This finding is especially staggering, considering that Singaporeans are generally known to be cautious, even timid. So what happened? How did these scammers get away with cheating so many people out of such high amounts?

More importantly, how can you protect yourself against such scams? How do you find out if the investment you’re being offered is legit or simply a scam?

What happened in the recent investment scam cases

Posing as interested suitors and potential friends, scammers slide into victims’ DMs via dating apps (i.e. Tinder) and social media. After an initial background check disguised as innocuous banter or flirting that can last days or weeks, the conversation shifts to investing.

Going along with the scammers’ suggestions soon saw the victims rewarded with a small payout. Victims were encouraged to pump in more cash, a notion they didn’t resist as they had been convinced the scheme was legit.

Until the scammer vanished, along with all their hard-earned cash. Or when the police came and told them the truth.

Lessons we can learn from last year’s investment scams

1. Scammers are getting more insidious

The popularity of social networks have normalised chatting with strangers and making friends online, but that doesn’t mean there’s no danger.

The police revealed that many victims in last year’s cases were approached through dating apps and social networks, which shows scammers are increasingly targeting these platforms.

All the more reason to keep your guard up when dealing with unsolicited contact over the Internet.

2. Always do your research first

The victims who fell for last year’s scams were coached to ‘invest’ by conmen pretending to be financial professionals, who instructed them to download and install unfamiliar apps.

As a general rule, don’t believe what anyone says on the Internet, the fantasy land where everyone is five years younger and 10kg lighter.

You should always check the background of anyone trying to get you to take a certain action – that’s an easy Google search away. Although, more dedicated scammers or larger syndicates may carefully curate social media channels and pages, so do take your search results with a pinch of salt.

And that goes double for software or apps. Before installing unfamiliar software, be sure to research and find out what exactly it does. And definitely don’t link your bank account or deposit money through an app you’ve never heard of.

3. Know where your money is going

In last year’s investment scams, the victims were told to transfer money to offshore bank accounts, mostly located in Hong Kong or China.

The problem is that once money leaves your account, it can be difficult to get back. Even more so when your funds have crossed international boundaries and jurisdictions.

When you’re considering an investment, make sure you know exactly where your money is going. Be sure to verify the details of any bank accounts provided to you for payment. And if you’re asked to deposit money into offshore bank accounts, stop and think twice.

How to determine if your investment is the real deal

1. Show me the fundamentals!

Just like you cannot create something out of nothing, legitimate investments, too, have their grounding in certain securities.

As different securities have different features, investments based on them will also have their own sets of fundamentals.

Many of the most popular investment products are simple enough to understand. However, there are some highly complex products out there that even professionals struggle to understand and explain.

Take for example, the sub-prime crisis in America which led to the global financial crisis of 2008. Sure, greed was a major contributor, but also, the securities that banks, hedge funds, and investment firms were trading had become so complex that nobody involved could see the crisis looming.

If neither you nor your broker can explain the investment in a way a 10-year-old can understand, it might be a good idea to steer clear and instead invest in something more traditional. After all, there’s a reason why stocks, funds and bonds remain among the most popular investments even today.

A simple but useful rule of thumb: If it sounds too good to be true, it usually is.

Outlandish claims and suspiciously high returns are always red flags, especially when there is no logical explanation underlying them.

If you’re unsure what counts as ‘too high’, look up the historic performance of similar products to get a feel of realistic returns. It may also be helpful to bear in mind that the S&P 500 averaged 6.8 per cent per annum returns over the last 50 years, adjusted for inflation.

Another instance you should be suspicious is when there’s an omission of important details. For example, there’s no mention of how long you can keep earning that impressive-sounding 15 per cent returns (if they say ‘forever’, walk away).

Or if there’s little to no talk about the risks underlying your investment, or how it could fail for you.

Also, if by the end of the presentation you feel like you’ve learned nothing concrete – as often happens with MLM sessions – there’s a good chance you’re being sold sandcastles built on thin air.

Bald-faced liars are committed to bending the truth, so it may not be enough to simply ask if the investment or representing entity is approved by the MAS.

To make sure, run a quick check against the Investor Alert List, which lists companies and entities found to have been ‘wrongly perceived as being licensed or regulated’.

Do note that this list is not exhaustive, so not appearing on the list doesn’t automatically mean the entity is 100 per cent legit.

5. ‘Limited time only’ and other pressure tactics

And then there are good ol’ fashioned pressure tactics. These come in a virtually unlimited number of forms and guises, but they attempt to leverage psychology to get you hooked.

Read Also
Common scams in Singapore: How to not get scammed & how to report scams 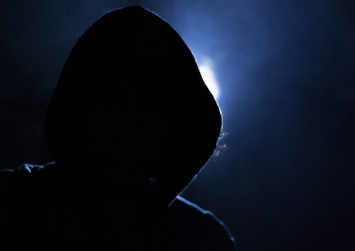 For example, some tactics artificially limit your investment opportunities, whereas others keep raising the barrier to entry.

You may also be prevented from leaving until you sign up, or forced to endure marathon hours-long presentations until you give in.

For online or telephone scams, you may be threatened to transfer your funds, or hand over login details before your account is locked forever.

If you’re feeling pressured to invest or take action, immediately disengage so you have time to do your research or think it over.

A legitimate investment will always welcome you when you’re good and ready.