Singapore must work to protect its competitive advantages in attracting investments as the external environment worsens, Prime Minister Lee Hsien Loong has said.

The ongoing war in Ukraine, which was invaded last month by neighbouring Russia, is expected to "fundamentally change the multilateral framework of economic cooperation", and the challenge comes on top of intensifying competition for investments as world economies recover from the Covid-19 pandemic, he remarked on Friday (March 25).

He was speaking at the global headquarters of consumer electronics multinational Dyson, which announced a fresh $1.5 billion investment in the Republic as it opened its new office at St James Power Station in the Harbourfront precinct.

PM Lee noted that many countries are already onshoring their supply chains, while rising sanctions and export controls will put the multilateral framework "under enormous strain" and make it "more and more difficult for all countries to keep up trade and investment flows".

"There are limits to what a small country can do to influence these global trends. But Singapore can and must nimbly adapt to them in order to stay competitive and continue growing our economy and ensuring our survival and security in a dangerous world," he said.

That's as the commitment from Dyson makes up close to one-third of Dyson's ongoing £2.75 billion (S$4.9 billion) global investment programme, and will go towards hiring more than 250 engineers and scientists in 2022 in fields such as robotics, artificial intelligence, digital motors, connectivity and energy storage. Dyson already employs about 1,400 people in Singapore, including 560 engineers and scientists.

"This is the future for tech companies: to go wherever talent is available and made welcome," PM Lee said. "It is also the future for Singapore: to welcome companies and talent, which can help make us a hub of new ideas and scientific progress."

Dyson's investment, which is to be spread out over the next 4 years, will also support the company's partnerships with local universities. Dyson opened a studio at the Nanyang Technological University in 2018. Another studio at the Singapore University of Technology and Design was announced this year, as part of a $3 million commitment from the company's charity arm. 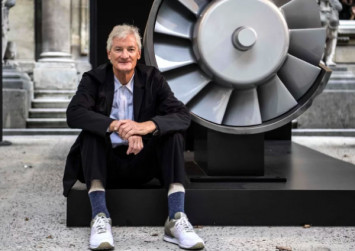 Dyson had previously disclosed that it was investing £330 million in Singapore from 2017 to 2021.

James Dyson, founder and chairman of the eponymous company, called Singapore "the right place for high-tech research intensive businesses such as Dyson", with the Republic at the centre of its global supply chains.

But PM Lee added that, for Singapore to prosper, "even as we bring in investments and talents to grow Singapore's economy, we must ensure that this growth is inclusive and lifts everybody up".

For instance, workers at risk of being displaced by technological change are trained to stay employable and productive, he said: "Everyone must have a stake in Singapore's growth, so that Singaporeans will support keeping our country open."

Besides Dyson's new 110,000 square foot international base at St James Power Station, which is leased from Temasek-linked landlord Mapletree Investments, its other facilities here include a motor manufacturing plant in Tuas and a research and development centre at Science Park.

The company sparked an uproar in Britain for its 2019 decision to shift its head office from England to Singapore, where it planned at the time to set up an electric car factory.

Dyson scuppered its fledgling automotive division later that year, but Singapore's Economic Development Board described the impact on the workforce and operations here as "minimal".