The delivery riders had descended upon the landed property in Braddell Heights with bags of food, only to realise no one at the address had made the orders.

A four-second clip believed to be of the incident was posted online, showing several delivery riders on their phones while waiting in front of a row of terraced houses.

Speaking to Shin Min Daily News, one of the homeowners said that the delivery riders began arriving between 1.30pm and 3pm.

The 40-year-old homemaker said that she was out at the time, but her husband, as well as her child, mother-in-law and maid were home.

She had read about a spate of food delivery harassment by loansharks, but never thought she'd end up a victim — on April Fool's Day, no less.

She added that her husband immediately rejected the orders and did not ask what the packages contained nor how much they cost.

"After the riders realised it was a prank order, they didn't make things difficult for us and left," said the homeowner. Her mother-in-law added that some riders were visibly dismayed but "blamed it on their bad luck".

Later in the afternoon, she received a call from a loan shark who told her that her Indonesian maid had borrowed a sum of money from them.

The homeowner confronted the domestic worker who confessed that she had turned to loan sharks as one of her family members was sick and in urgent need of treatment. 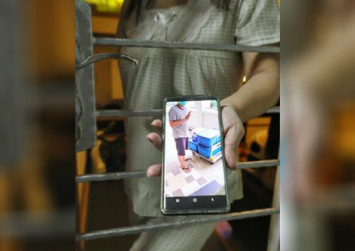 She had been with the family for more than five years and panicked when told of the situation, said the homeowner. The family subsequently made a police report.

"She thought Singapore was very safe and that it was just a regular loan which can be repaid slowly," said the homeowner, describing the maid as "hardworking". The maid had also borrowed money from them once but has since repaid the amount.

According to the Chinese daily, the police have confirmed that a report has been lodged and is investigating the case.

The homeowner added that she will be discussing with her maid on how best to settle the problem. At the same time, she chided loansharks for using food deliveries as a harassment tactic as "the riders' jobs are also very tough".