A 26-year-old Singaporean woman found herself in dire straits after escaping from her abusive Malaysian husband and making the trek between immigration points with her two young kids.

In an interview with Shin Min Daily News, the woman, Zoey Lim, recounted how she met a man from Sarawak on WeChat in 2015.

The then-20-year-old flew to meet him, and the pair had a child and got married before settling down permanently in Johor Bahru.

But their relationship soured in 2019, said Lim, sharing that her husband had an extramarital affair and started to get abusive towards her and their children.

Lim added: "He also didn't support the family after we got married." Instead, she relied on helping a friend sell seafood for income.

At her wits' end, Lim decided to return to Singapore with her six-year-old son and one-year-old daughter. On Aug 5 this year, she got a friend to drive them to the JB immigration checkpoint, after which they made the trek across the link bridge on foot.

Lim, who has no siblings, told Shin Min Daily News that she has had no contact with her parents since they divorced.

During their mandatory stay-home notice in an assigned hotel, the single mother realised she didn't have enough money to buy diapers for her child. Thankfully, a kind hotel staff found out about their situation and gave some diapers to her.

With the help of a volunteer after her stay, Lim sought help from HDB and applied for a temporary rental unit. For the past two months, she has relied on donations of food and milk powder from well-wishers. Currently, however, Lin shared that her supply of rice and diapers is running low.

But Lim expressed gratitude to several benefactors that she's met along the way for giving her the will to carry on living and to continue bringing up her two kids to the best of her ability.

Read Also
1 in 3 women endure physical or sexual violence: WHO 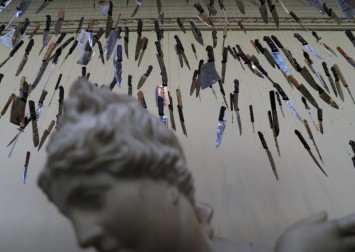 One of them happens to be TikTok personality Mave Mason, known on the internet as "Singapore's Robin Hood". He gifted Lim a combined sum of $3,000, donated from himself and others.

In a TikTok clip where he interviewed Lim, she shared how her husband would slap their son and once locked him in a dark room for a full day. At the end of the video, Lim burst into tears upon receiving the wad of cash.

Lim hopes to eventually find a job to support her family. She told Shin Min Daily News that she has applied to be a cleaner, clinic assistant as well as SafeEntry personnel, but the applications have been unsuccessful thus far. She guessed that the visible tattoos on her arm and leg might be a factor deterring potential employers from hiring her.

However, Lin is hopeful that she would be able to start working in November, after she was recommended for a job as an assistant at a Western food stall.

ALSO READ: Don't go to the casino, says professional gambler who gives winnings back to society