31% of workers in Singapore plan to change jobs within 6 months: Survey

The survey also showed that nearly one in five of respondents had changed employers between July and December last year.

SINGAPORE - More workers in Singapore may change employers as the labour market continues its recovery, with more jobs being made available and incomes rebounding.

A recent survey by recruitment company Randstad found that 31 per cent of the respondents, when asked in January this year if they plan to change jobs within the next six months, said they would.

This marks a three-percentage point increase from the same period in 2021.

She added: "Besides wanting a higher salary, many employees are also looking for a holistic work experience, which includes flexible work schedules and a conducive environment for them to grow in their careers."

Randstad's annual employer brand research survey also showed that nearly one in five - or 18 per cent - of respondents had changed employers between July and December last year.

The top three drivers motivating them to switch employers are work-life balance, salary and benefits, as well as pleasant work atmosphere, it found. When respondents were asked how worried they were about losing their job this year, two in five employees - or 41 per cent - indicated they were worried enough to change their jobs in the first half of this year. This marks a five per cent increase from 2021.

This survey was conducted in January with 2,705 respondents who were based in Singapore.

Commenting on the findings, Mr Sim Gim Guan, executive director of the Singapore National Employers Federation, said there could be two possible reasons why a high percentage of respondents indicated they plan to change employers.

First, there were more than two job vacancies for every job seeker at the end of 2021, and as the Singapore economy reopens, there will be even more job opportunities available. 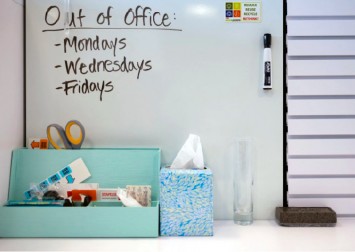 The chance of finding another job is higher in a tight labour market, Mr Sim said.

"Second, there may also be 'pent-up' resignations in the first half of 2022 as employees may have delayed their plans to switch jobs over the past year, when the economy was still facing uncertainties," added Mr Sim.

He said the actual resignation rate could be lower as their employers may be able to resolve the issues that caused employees to think of resigning.

For example, the employer may be willing to offer suitable flexible work arrangement to someone who needs it.

If the salary was an issue, employers could redesign jobs to improve productivity so that they can afford to pay higher salaries, Mr Sim added.

Mr Alvin Goh, executive director of the Singapore Human Resources Institute, said that overall, he was not surprised that more employees are on the lookout for better career opportunities.

"With greater clarity and as we move from pandemic to endemic, economic activities around the world have picked up tremendously... Most are now moving towards hiring full-time staff rather than contracts," said Mr Goh.