He had been carrying out repair works inside a Singapore Self-Propelled Howitzer in New Zealand, said the Ministry of Defence (Mindef). He died at 8.45pm Singapore time.

"I know that no words or deeds can relieve their sorrow or replace their loss. I hope and pray that the passage of time will bring them some comfort," he said in a Facebook post on Thursday evening.

Read Also
Aloysius Pang was 'qualified and competent' to do his job in exercise: Army chief 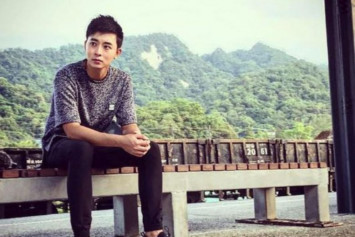 Dr Ng added that the Republic of Singapore Air Force's KC-135 aircraft has been sent to New Zealand to repatriate CFC (NS) Pang's body, and grief counsellors were on the ground to comfort the family.

"If any SAF soldier detects an unsafe practice, he should inform his commander or stop training to protect himself or his buddies. No one needs to fear any disciplinary action for doing right to protect lives during training," he said.

Finance Minister Heng Swee Keat, who is in Davos attending the World Economic Forum, offered his deepest condolences to CFC (NS) Pang's family and loved ones.

Ministry of Defence, Singapore (MINDEF) and the SAF mourn the loss of one of our sons – CFC (NS) Aloysius Pang. We...

"It is with a very heavy heart that I think of the sorrow you are going through. My family and I, together with many fellow Singaporeans, wish you all strength in this difficult time," he wrote on Facebook.

Dr Mohamad Maliki Osman, Senior Minister of State for Defence and Foreign Affairs, said in a Facebook post that he was "deeply saddened" by CFC (NS) Pang's death.

"I… extend my deepest regrets and condolences to his family. May they find strength and support in this difficult time," he added.

Dr Ng had said in an earlier Wednesday Facebook update before CFC (NS) Pang's death that the actor's condition was very serious and needed artificial support for his lungs, kidneys and heart.

My deepest condolences to Aloysius’ family and loved ones. It is with a very heavy heart that I think of the sorrow you...

Minister for Culture, Community and Youth Grace Fu wrote in both Chinese and English on Facebook that she was saddened by CFC (NS) Pang's sudden death.

"(Pang) has died in the service for the country. We will remember this home-grown actor for his dedication to and love for his craft," she said.

She also offered her deepest condolences to CFC (NS) Pang's family, friends and fans in this difficult time.

Ms Sun Xueling, Senior Parliamentary Secretary for Home Affairs and National Development, wrote on Facebook: "I have not served national service. But I am a mother… Every parent wants answers. Their sons are entrusted to the state during the sacred NS years."

She added that there is an "unbearable grief" when "bai fa ren song hei fa ren", a Chinese phrase that literally translates to "those with white hair sending off those with black hair".

The phrase refers to a situation where those who are older have to see those younger than them die.

Ms Sun also said she observed a minute of silence with some full-time national servicemen from the Singapore Police Force on Thursday morning at an engagement event, to honour him and say a prayer for his family, friends and fans.

MP Zainal Sapari offered his condolences to CFC (NS) Pang's family and loved ones, saying: "There is no foot too small that it cannot leave an imprint on this world."

#AloysiusPang #InTheLineOfDuty "There is no foot too small that it cannot leave an imprint on this world" Deepest condolences to the family and loved ones.

Among the first opposition members to post on Facebook after CFC (NS) Pang's death was Workers' Party chief Pritam Singh.

He shared that he was writing from NS in-camp training, saying that he has been "anxious and worried" like many Singaporeans about CFC (NS) Pang.

"Having been in uniform for the last four days, the news of his death last night is more acute, with the loss of a fellow NSman hitting closer to home," he said in a Facebook post on Thursday morning.

"In spite of the changes, one thing remains constant. That sense of camaraderie - regardless of rank, race or religion when we swap our civvies for uniform, even if it is only for a few weeks a year," he added.

"Rest in peace Aloysius Pang. Like all NSmen and NSF personnel who have passed on while on duty, we pray for strength for their families and loved ones through difficult times. And we stand with them."

The Singapore People's Party (SPP) also offered its condolences to CFC (NS) Pang's family and added it was "deeply concerned" over the number of NS fatalities.

The Singapore People’s Party (SPP) offers our deepest condolences to the family of Aloysius Pang in their time of...

In a Facebook post, it said that seven NSFs and one NSman have died in the last 16 months during training or while on duty.

"Despite the many statements and promise of action, we still have sons of Singapore who are being killed in the line of duty, and during peacetime. This is unfathomable, and unacceptable. Singaporeans need answers, and a lot more than just assurances," SPP wrote.

SPP called on the Singapore Armed Forces to "spare no effort" in conducting a full investigation into the issue and to make its findings public, saying there should be "accountability and complete transparency".

"If there had been mistakes made or lapses in vigilance, they must be uncovered and acknowledged. While we understand the need for an effective fighting force to defend Singapore, we cannot continue accepting that this has to come at the expense of lives," it added.

The SDP sends our deepest condolences to the family of Aloysius Pang. Our thoughts and prayers are with them in this hour of grief.

ALSO READ: Dasmond Koh: 'I'm sorry that I could not bring a healthy Aloysius back home'