Archbishop William Goh is the first Singaporean to be appointed to the College of Cardinals.

SINGAPORE - The head of the Roman Catholic Archdiocese of Singapore, Archbishop William Goh, will be appointed a cardinal in August, making him the first Singaporean to hold the rank.

Pope Francis will appoint 21 new cardinals during a Consistory - a formal meeting of the College of Cardinals - on Aug 27, the Vatican News reported on Sunday (May 29).

"On Saturday, Aug 27, I will hold a Consistory for the creation of new cardinals. Let us pray that they will help me in my mission as Bishop of Rome for the good of all God's people," the report quoted Pope Francis as saying.

The new cardinals represent the Catholic Church worldwide and reflect a wide variety of cultures, contexts and pastoral ministries, the report added.

Cardinals are second only to the Pope in the hierarchy of the Catholic Church.

The Vatican News said Pope Francis will meet all the cardinals over two days, on Aug 29 and 30, to reflect on the new Apostolic Constitution, titled Praedicate Evangelium. This refers to a piece of formal legislation announced by him in March, which will take effect on June 5.

There are currently 208 cardinals, including 117 electors who can vote for a new Pope and 91 non-electors.

Archbishop Goh will be one of six new cardinals from Asia. There are also eight from Europe, two from Africa, one from North America, and four from Central and Latin America. 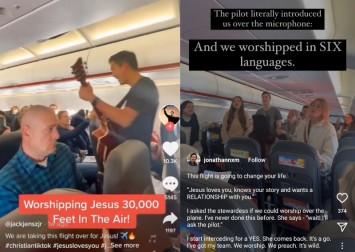 In response to queries, the Archdiocese of Singapore said Archbishop Goh is "deeply humbled" by his new appointment.

"However, Archbishop William is conscious that this honour and new responsibility conferred on him is also a recognition of the contribution of the faithful in the archdiocese for helping him to build a vibrant, evangelising and missionary church," said the Archbishop’s Communications Office.

It added that Archbishop Goh will be expected to assist the Pope in the task of "governing the Universal Church".

"Cardinal-elect William Goh asks for your prayers so that he can assume this responsibility with humility, wisdom and holiness."