Can these old currency notes still be used? Young cashier's question makes us all feel old

Whether it's scratching your head over newfangled lingo or meeting someone whose IC number begins with a different letter, there's no denying that the generation gap is real sometimes.

For one Singapore woman, it was made apparent when she encountered a cashier who presumably had never come across an old currency note before.

In a post shared in Facebook group Complaint Singapore on March 30, a Pauline Lee shared a picture of a Ship series $2 bill, writing: "Young cashier ask me if this note can be used? I told her maybe you did not seen it before [sic]."

Another joked: "Wait till you give them the Orchid and Bird series. They'll ask if that's for burning (as joss paper)."

While the Portrait series notes launched in 1999 may be more common nowadays, the Ship series remains instantly recognisable to many.

Young cashier ask me if this note can be used ? I told her maybe you did not seen it before . I thought it's crumpled note so not worth a lot .

But for the benefit of all the youngins who don't remember a time before polymer money: yes, the Ship series notes are still legal tender.

In fact, all four series of notes and three series of coins that Singapore has issued since independence can still be utilised, according to the Monetary Authority of Singapore. 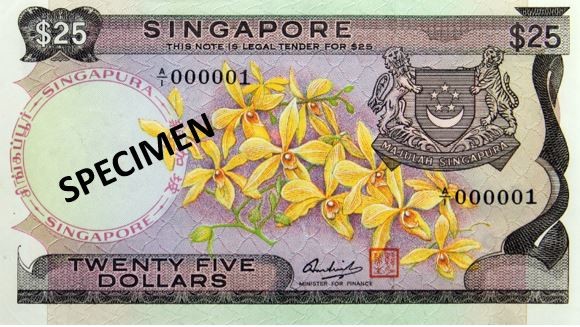 Of course, these notes will only be worth their face value when used for payment, so it might serve you better to hold on to these 'relics'.