Can you actually lose money with landed property in Singapore?

However, these high quantum properties are a small sliver of the Singapore private property market; and their performance is not well tracked (there really aren’t a lot of transactions to go by). Still, in this article, we’ll try to determine what sort of gains or losses you might expect from a landed property:

Overall transaction volumes are among the highest we’ve seen in around eight years. The most recent peak in April 2021 saw 354 landed home transactions, a number that was only beaten way back in August 2012 (346 units):

Between August to May this year, landed home transactions never fell below 225 in any given month. Realtors also told us transaction numbers fell in May simply because of a return to Phase Two (Heightened Alert); this restricted viewings and slowed sales, or else we’d likely have topped 225 units that month as well (there were 171 transactions even in spite of restrictions).

Realtors we spoke to gave three likely reasons for the current demand:

This desire runs contrary to many new launch condo designs, which cater to an earlier trend of low quantum, high price per square foot (i.e., small) units in central locations.

Gains and losses of landed properties

The following shows the average gains and losses from landed property transactions, across multiple districts. As is often the case, transaction volumes are low for these scarce, high-quantum properties; but some trends are visible from the limited data. 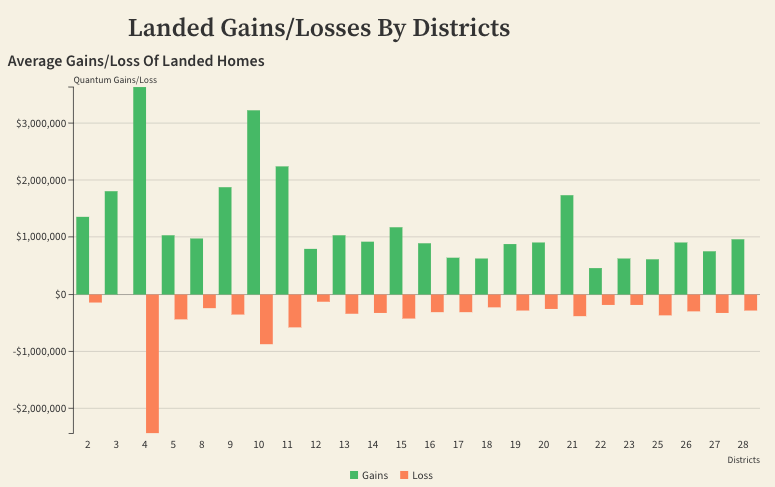 1. District 9 seems to show the best potential for gains 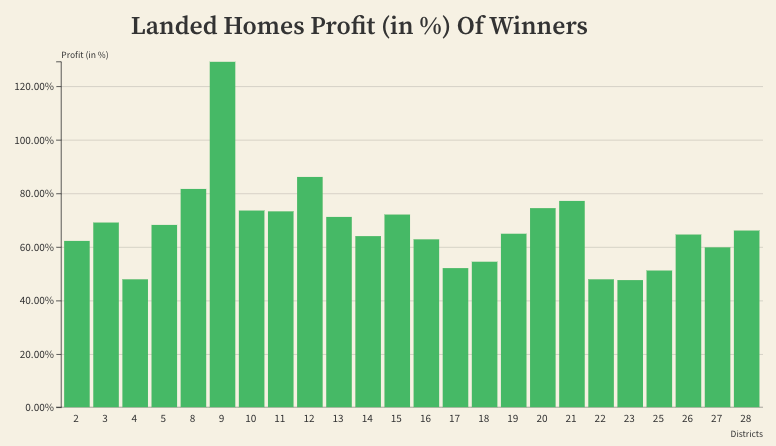 District 9 is the reigning favourite for landed properties, and this hasn’t changed in decades. It’s easy to see why – with gains averaging about 129.3 per cent, and losses averaging a mere 14.7 per cent, this is still the “safest” district to bet on.

There’s also the fact that District 9 properties (landed or otherwise) are almost all freehold. As we’ve mentioned in a previous article, demand is heavily skewed toward freehold, when it comes to landed properties.

Buyers may also be interested to note that, while Districts 9, 10, and 11 are often considered peers, District 9 comes out far ahead.

In fact, the next top district for average gains isn’t even Districts 10 and 11; it’s District 15, where we see an average of close to 119.8 per cent.

2. Barring some outliers, District 17 has the worst average losses to date 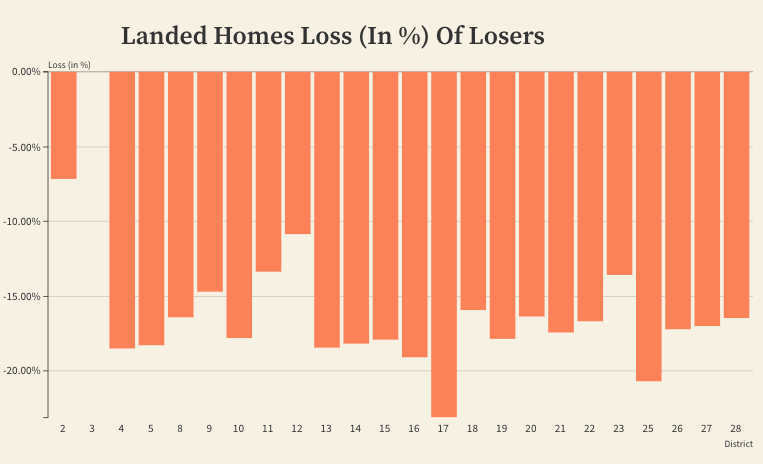 Besides showing the highest average loss at around 23.1 per cent, District 17 only shows average gains of around 54 per cent (below the overall average of 66 per cent).

Realtors we spoke to opined that the average was probably lower mainly because of the lack of demand in the area, as much as landed property is in demand, the far off location of some of these will naturally put most buyers off.

While it’s no longer the worst for losses, District 4 is still characterised by lacklustre gains (48.5 per cent, against the island-wide average of 66 per cent). This runs contrary to the speculation that prices have bottomed out here, and that foreign investors could bring a revival (we touched on the topic in a prior article).

4. Larger units tend to do better, in prime regions 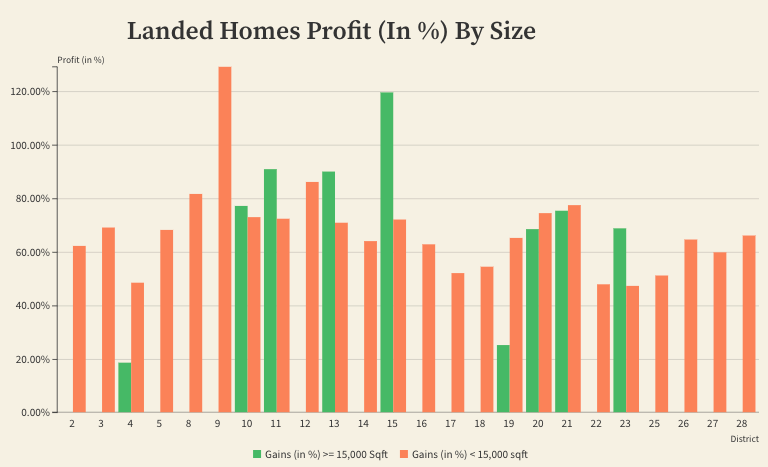 A notable exception is the city fringe area of District 4, where Sentosa Cove is located. Smaller landed homes have seen a much higher volume of transactions, and average gains of around 48.5 per cent, compared to two larger units that saw gains of around 18.6 per cent.

Do note, however, that transaction volumes for units 15,000 sq. ft. or larger are small; often in the single digits. This makes potential gains more speculative.

The numbers make it hard to argue against landed homes as an investment. The overwhelming number of landed home purchases – even in non-prime areas – are profitable. 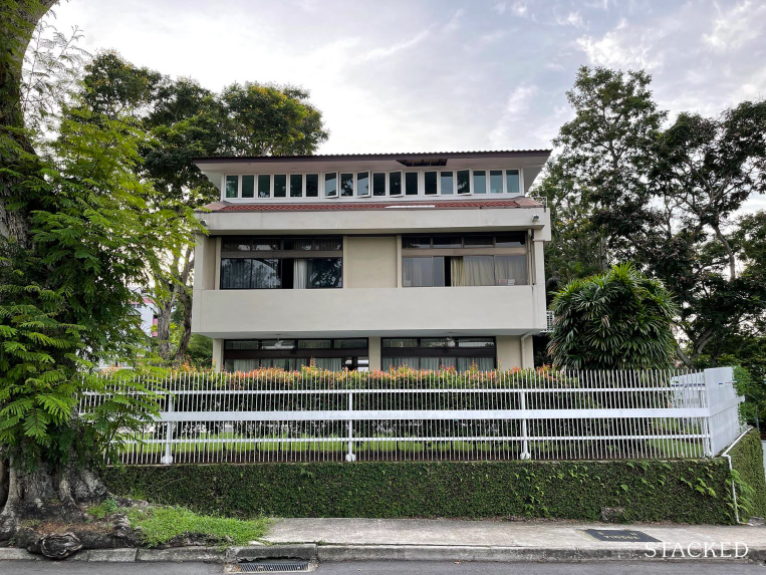 Average gains stand at a whopping $1,182,465; and even for the handful of unprofitable transactions, average losses only average around $369,420.

Ultimately, this comes down to the fact that landed homes make up barely five per cent of private properties in Singapore. Buyers also tend to be among the most affluent and well-capitalised, so mortgagee sales or discounts are much harder to come by (and tend to only be for leasehold landed).

It’s also worth noting that cheap credit is abundant right now, with home loan rates at just around 1.3 per cent per annum. This means landed home buyers would pay about half the interest rate of an HDB flat owner; an enticing prospect given the potential resale gains.