Fire Safety & Prevention (SG) made false claims, including telling consumers that there was a law requiring each household to own a fire extinguisher by a certain date.

SINGAPORE - A company that sells fire extinguishers has been ordered to stop its unfair trade practices by the State Courts, after investigations by the Competition and Consumer Commission of Singapore (CCCS).

Fire Safety & Prevention (SG) had made false and misleading claims while carrying out unsolicited door-to-door visits to sell fire extinguishers, said CCCS in a media release.

This included quoting buyers an initial price of $17.90 for a fire extinguisher and then charging them $179 for the same product.

The company had also led consumers to believe that it was affiliated with or approved by the Government, the Singapore Civil Defence Force (SCDF) or various community centres.

To sell the extinguishers, it told consumers that there was a new law requiring each household to own a fire extinguisher by a certain date.

It also told buyers that Passion or NTUC cardholders, Pioneer Generation members or Singaporeans could get a discount on the fire extinguishers, when there was no such discount.

Furthermore, it said its fire extinguishers were non-refundable even though under consumer laws, buyers have the right to cancel a purchase and get a refund.

The company also told customers that they would get yearly free replacements or servicing of the fire extinguishers, even though replacements would be made only if there were certain defects or the extinguishers were used under certain situations.

CCCS uncovered these practices when it was investigating the business' sole proprietor Kelvin Tan and his former employees Adrian Tan, Zack Cha and Alex Neo.

It had started its investigation around March last year, at about the same time that the Consumers Association of Singapore (Case) published a consumer advisory to alert consumers to the unfair practices of certain suppliers of fire extinguishers, including this company.

Case said then that from Jan 1, 2019, to Feb 29 last year, it had received 49 consumer complaints against fire extinguisher suppliers or their sales staff.

A breakdown of the numbers showed that Fire Safety & Prevention (SG) was involved in eight of those complaints.

CCCS chief executive Sia Aik Kor said: "CCCS will not hesitate to take action against persistently errant suppliers. Businesses should provide clear and accurate information on the prices, discounts and rights relating to their goods and services.

"They should not make false or misleading representations concerning the need for goods and services, or their affiliation to other organisations." 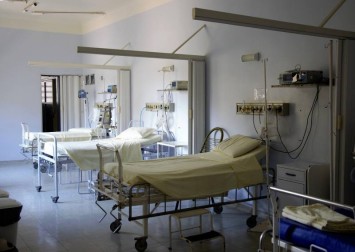 Case had noted in its advisory that there is no regulatory requirement under the SCDF for residential homeowners to buy fire extinguishers.

The SCDF is also not involved in any sales of fire extinguishers and has not authorised any company to conduct such activities on its behalf.

CCCS advises consumers to be cautious when approached by anyone claiming to be with a government agency and to ask for identification if in doubt.

They should also check the final amount on the invoice when making payment. If they do not want to buy the product, they should decline firmly.

Refunds should then be made within 60 days.