A 15-year-old student from East Spring Secondary School is among the 6 new Singaporean cases.

SINGAPORE - A 15-year-old student at East Spring Secondary School was among 11 new Covid-19 cases detected in the community as of noon on Sunday (June 28).

The student was tested as part of proactive screening of school students who are diagnosed with acute respiratory infection when they first see a doctor.

Since the onset of symptoms on June 25, the student had not gone to school.

She was among the 213 new Covid-19 cases announced on Sunday (June 28), of which 11 were detected in the community. This brings the total number of cases in Singapore to 43,459.

Of Sunday's cases, 202 were linked to dormitories, as the Ministry of Health (MOH) has been monitoring existing clusters for any further transmission.

And of the 11 community cases, six were Singaporeans, including the secondary school student and a close contact of an existing case.

The locations that the community cases visited on June 25 were the McDonald's outlet at Tampines Mart (at 5 Tampines Street 32) and Al-Iman Restaurant at 136 Marsiling Road.

The other five community cases identified were work permit and work pass holders employed in essential services, and who were detected through MOH's screening processes despite being asymptomatic.

There were no imported cases reported on Sunday.

MOH said that 93 per cent of the new cases were linked to known clusters, while contact tracing is still ongoing for the remaining cases. 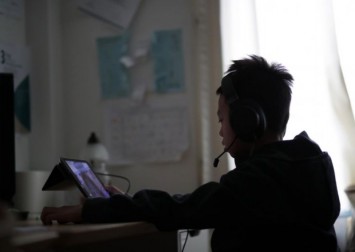 As of Sunday, 345 more cases of Covid-19 infection were discharged from hospitals or community isolation facilities.

This brings the total number of those who have fully recovered from the infection to 37,496.

There are 184 confirmed cases who are still in hospital, while 5,741 individuals individuals remain isolated and cared for at community facilities.

Of the hospitalised cases, most are stable or improving, with one in critical condition in the intensive care unit.

Meanwhile, clusters at the dormitories at 15A Senoko Way and 65 & 67 Tuas View Walk 2 have now been closed, as there have been no more cases linked to them for the past 28 days, the ministry said.

#Ministry of Health #coronavirus #COVID-19 #Keep Up To Date