SINGAPORE - A gay father here failed to get a court custody order for his six-year-old biological child born by a surrogate mother in India, which he had sought in the hopes of easing the approval of a student pass application for the boy.

The court, while acknowledging that the British man and his Singaporean partner loved their child, made clear that family law should not be used to solve immigration problems with the Immigration and Checkpoints Authority (ICA).

"This application ought not to have been taken out in the first place," said District Judge Yarni Loi in judgment grounds last month, adding there is no evidence the custody order would increase the child's chances of obtaining a student pass.

The father of the child has been in a relationship with his Singaporean partner since 2003 and registered their civil partnership in Scotland in July 2011. Both work in the creative industry in Singapore.

The couple had applied for permanent residency, a long-term visit pass and a student pass for the child at various points, but were unsuccessful despite appeals.

The boy, who has been brought up in Singapore with the couple since 2013, has British citizenship.

As he is on a short-term visit past, he has to leave and re-enter Singapore every three months.

He is enrolled to enter an international school next year when he turns seven, but the latest application for a student pass initiated by the school was rejected by ICA in October.

The father, through lawyers Ivan Cheong and Shaun Ho, applied for a custody order as he believed this would help him secure a student pass for the child.

District Judge Loi said the court's powers to grant custody orders should be exercised judiciously and in cases where there is a genuine need to ensure the welfare of the child.

"No such genuine need arises in this case," she said.

The father was not genuinely seeking an order for sole custody, care and control of the child, said District Judge Loi, as he already has actual custody and care and control.

The judge noted that the boy lives in a spacious and secure home, has a supportive social and family ecosystem, and is very close to his two cousins, the daughters of the Singaporean partner's sister.

"There is no doubt that father and his partner both love the child dearly and are deeply anxious about securing the child's future in Singapore," said District Judge Loi.

"By this application, they seek to arm themselves with a piece of paper, a consent order of court, to present to the ICA in the hope that the child's chances of obtaining a student pass would be increased and prospects of remaining and studying in Singapore improved." 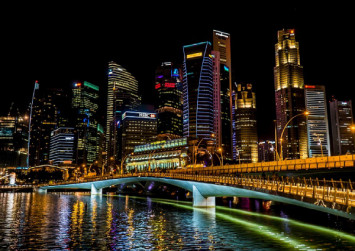 Their plan for a second child fathered by the partner, with eggs from the same donor, was derailed as India had changed its surrogacy laws before then. Foreign, unmarried and homosexual couples are banned from commissioning a surrogacy in India, and commercial surrogacy is also illegal.

Surrogacy is not permitted in Singapore, but the law recognises the gestational mother as the child's legal parent - which in this case could be presumed to be the surrogate.

The father had claimed that a custody order was needed to take over the surrogate mother's parental rights, entitlements and obligations over the child, vesting the parental rights in the father.

District Judge Loi, however, clarified that a custody order is not a means of transferring "parental rights" from surrogate to father. She also said she had "serious doubts" about whether the surrogate is the legal mother, since both the egg donor was unknown and the child's birth certificate only stated "Mrs. Not Known".

The judge further noted that the Status of Children (Assisted Reproduction Technology) Act (SCARTA), which addresses the legal parentage of children born with the assistance of reproductive technology, only applies to children born on or after Oct 1, 2014.

It would not apply in this case, as the child was born in April 2013.

Read Also
What do we tell the kids? Children's TV struggles with LGBTQ characters 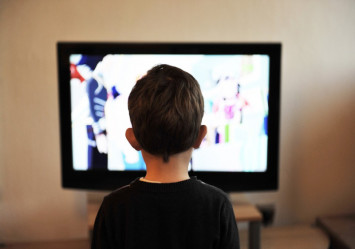 But even SCARTA does not appear to allow the commissioning parents to replace the gestational mother and her husband or de facto partner as the legal parents of the child under any circumstances, said District Judge Loi, citing a 2018 High Court decision.

"Singapore does not have any legislation for couples such as the father and his partner who have undergone commercial surrogacy to formally apply for 'parenting orders', including a declaration of the child's legitimacy," said the judge.

"Indeed, it is not inconceivable that there are many foreigners, whether married or not, who would very much want their children, whether legitimate or not, to live and study in Singapore. Crucially, whether or not ICA grants a student pass is a matter within the jurisdiction of the ICA and not the courts."

In an unrelated landmark case last year, the High Court approved on appeal a gay Singaporean's bid to adopt his biological son, whom he fathered in the United States through a surrogate.

The three-judge appeal court made clear that its decision was based "on the particular facts of the case and should not be taken as an endorsement of what the appellant and his partner set out to do".