CPF, injury compensation: Gig workers in Singapore to get better protection from 2024

The Digital Platforms Industry Association said the recommendations are in line with members' efforts to improve the well-being and safety of workers.

SINGAPORE – An association comprising three of the largest food delivery platforms here has urged the Government to ensure a level playing field in adopting recommendations by a committee to better protect cabbies, private-hire car drivers and freelance delivery workers who use apps for their work.

In a statement on Wednesday (Nov 23), the Digital Platforms Industry Association (DPIA) – formed by Grab, foodpanda and Deliveroo – said excluding some third-party logistics and taxi street-hail platforms that use platform workers from the recommendations could lead to price and market distortion.

It also said the roll-out of recommendations by the Advisory Committee on Platform Workers should be "evenly paced", and that further work is needed to ensure these measures are "sustainable for all stakeholders".

The Government had accepted 12 proposals from the committee, including better protection for injured workers and mandatory Central Provident Fund (CPF) contributions for those under 30. Those aged 30 and above would be able to opt in if they wished to.

There are about 73,200 platform workers here, including ride-hailing drivers and delivery riders.

The DPIA said the recommendations are in line with its members' ongoing efforts to improve the well-being and safety of workers.

But given the scale of the proposed changes, which will take effect from 2024 at the earliest, it is critical that implementation is "evenly paced to prevent major disruptions to our ecosystem of merchants, riders and consumers", the association said.

"Considering the complexities of business operations and economic pressures, further work is needed to ensure that the new standards and solutions are sustainable for all stakeholders. We will work with the Singapore Government on the details of these recommendations," it added.

The association also welcomed the recommendation that platform workers should not be considered employees.

On the recommendation to provide CPF contributions to help workers buy a home or prepare for retirement, it said significant work is needed to minimise the overall disruption for all parties involved. 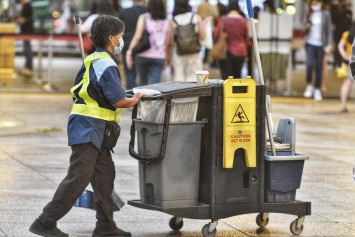 "These measures will place an upward pressure on business costs, and we must recognise that this will impact the wider ecosystem, including merchants and consumers who may see increased prices, and our rider partners whose take-home earnings may be reduced," it said.

A Grab spokesman separately said for the recommendations to be sustainable and effective, they should apply to all industry players that engage gig workers.

He said that excluding street-hail taxi and third-party logistics companies could encourage other industry players to try and adapt their business models so that they are excluded as well, which may then render the recommendations ineffective.

During a press conference on Wednesday to announce the recommendations, vice-chairman of the committee Danny Quah said street hailing was a different model of operation, since drivers are not directed by an app on where to pick up passengers and companies do not take a cut of each transaction.

The Grab spokesman added that full CPF contribution rates should be slowly phased in, given rising prices and a potential recession, coupled with the potential high operational and implementation costs.

Grab also suggested a smaller trial for the new work injury compensation measures, and forming associations for each platform for workers to voice concerns. 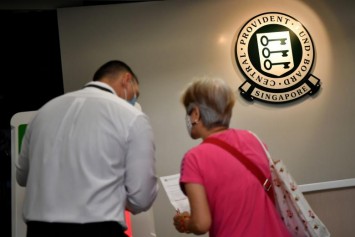 A Gojek spokesman said the firm is supportive of the review and that the recommendations will build on the existing safeguards it has in place for its drivers.

He added that implementing the measures will also impact costs to platforms and consumers, and drivers may experience lower demand for rides.

The National Trades Union Congress (NTUC) said it supports the recommendations, calling them a step in the right direction in improving the protection of platform workers.

It hopes many workers will opt in to contribute to their CPF accounts, to build up their savings for housing and retirement.

It called on the Government to provide sufficient support to platform workers when they contribute to their CPF, as this would impact their take-home pay.

Ms Yeo Wan Ling, a labour MP, said NTUC is committed to ensuring workers' earnings are not unfairly reduced when the recommendations, which include CPF contributions, are rolled out.

She said: "Our associations will monitor the upcoming implementation of recommendations and continue engaging our platform workers to ensure that their concerns and queries are addressed."