Know what’s better than a 50per cent discount? How about try 100 per cent off.

Back in 2021, Mr Lim Cheng Mong, a product manager, was confused when he found himself with $20,000 in overdue credit card debt linked to 89 mysterious transactions. It turned out that his 18-year-old daughter splurged on Genshin Impact in-app purchases over the course of six weeks.

Initially, Mr Lim managed to get half the amount returned to him out of the bank’s goodwill. He has since told The Straits Times that the bank has reimbursed him the full amount. Due to this incident, Mr Lim decided to give his children their monthly allowance in fixed amounts of cash going forward so that they’ll be more careful with their spending.

He said: “The money is for transport, phone bills and other expenses. I told them if they spend on games, they burn it off their own expenses.”

Mr Lim’s experience brought to light both the addictive nature of games with gacha mechanics, which have been likened to gambling, with countries such as Belgium banning Genshin Impact for that very reason. These mechanics are the norm when it comes to free-to-play mobile games. Many of the most popular mobile games, such as Another Eden, Dragalia Lost, Fire Emblem Heroes, and Marvel Strike Force feature a gacha system.

Video games have become a ubiquitous presence in the modern world, and many services are becoming digital which will make cases like this more common. As such, it has become increasingly important for people to have some video game literacy to better navigate a virtual space that so easily entices people to spend a substantial amount of money. 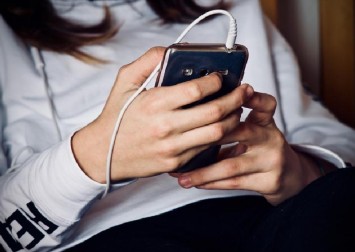 As Mr Lim told The Sunday Times, “I never really got involved in their gaming, but after this, I spoke to my children and tried to be a part of it.”

The odd thing about this story is that $20,000 is plenty to spend on Genshin itself. Getting a full, top tier, squad would cost a fraction of the entire bill. So it does raise some questions how the entire sum was spent. By our estimate, even if your luck is incredibly bad, one can spend no more than $2500 to $8000 to get an overpowered team.

Oftentimes for such instances where there is a credit card charge back, the account used to purchase the items would be banned as it sets a dangerous precedence for bad actors to spend like a whale and they cry foul to get a refund.

All things considered, the story leading us up to this point still is mind-boggling.