Download track for 70 cents: Count On Me, Singapore gets turned into spiritual song in India

First, the tune stirred patriotic feelings in schoolchildren in India. Now, Count On Me, Singapore appears to have taken a spiritual turn.

Days ago, netizens discovered another dupe of Singapore's beloved 1986 National Day song on the internet.

Titled We Have A Vision, the track was uploaded online in 2015 by Dada Bhagwan Foundation, a spiritual non-profit organisation in India.

It was the only English song included in an album comprising tracks written in Gujarati language. And for 70 cents, We Have A Vision can be downloaded from the online music platform Bandcamp.

In the lyrics, all instances of "Singapore" were replaced with names of the spiritual leaders associated with the foundation. The album cover art also showed that Dada Bhagwan Foundation "owned" the copyright to the songs.

At the time of writing, the song is available on various online platforms such as YouTube, SoundCloud and ReverbNation. 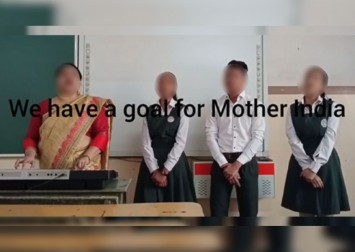 Just last week, Indian composer Joey Mendoza withdrew his claim over We Can Achieve — a song with music and lyrics that were virtually identical to Count On Me, Singapore — after he was not able to provide evidence to support his claim that he had written the song in 1983.

"If he is not able to provide any basis, then he should refrain from infringing on our rights to the song," said the Ministry of Culture, Community and Youth (MCCY) after conducting an investigation.

Mendoza, who sold We Can Achieve to book and record store Pauline India in 1999, also agreed to remove the song from all social media platforms.

Despite his apology for the "confusion caused", many Singaporeans like Tay Ping Hui are still seething over the case and calling Mendoza a thief who "turned around and accused us of stealing from him".