The employer's son, Goh Meng Huang, clarified that they did not receive an insurance payout of $15,000, as May Thu's insurance does not cover attempted suicide.

The maid who jumped off the fourth floor last week (Aug 16) escaped with her life, after three rounds of surgery. However, while the 26-year-old is currently recuperating in the intensive care unit (ICU), her employer now faces a hospital bill of $72,000 and growing.

Speaking with Shin Min Daily News, Chin Nyet Mei, a 51-year-old hawker, shared that due to the multiple fractures sustained by her domestic helper, doctors had informed her that further operations would be required.

"She's been in the ICU for a week now, and the bill per day is over a thousand dollars. Including her operation fee, her hospital bill is around $72,000," Chin lamented. 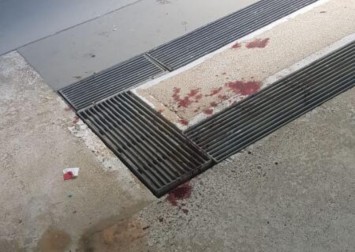 Her domestic helper's insurance only provided a payout of $15,000, leaving her as the employer to foot the rest of it. As much as she wants to help, she still has to pay $500 a month for her mother's accommodation in an old folk's home, making it difficult for her to pay the bill with her earnings as a hawker, she told the Chinese daily. Chin's son, Goh Meng Huang, has since turned to fundraising to cover the cost of May Thu's treatment.

Chin had also got in contact with her domestic helper's family to inform them of the situation, recounting how her maid's mother had burst into tears.

The maid, known as May Thu, had jumped after a failed attempt at stabbing her housemate with a pair of scissors. According to her housemate, May Thu had shown worrying signs since they first met, once even attempting to burn her passport.

May Thu had renewed her contract back in December but grew depressed when she found out she couldn't return home to Myanmar in April as promised. The flight had been cancelled due to the Covid-19 pandemic, but May Thu didn't seem to understand, Chin explained.

Hoping to provide her with a positive change of environment, Chin paid $140 for her to spend a week off resting at the maid agency's dormitory.

According to the maid agency's boss, several others who roomed with May Thu had attempted to socialise with her, but she often kept to herself. Seeing that her situation had not improved, the 43-year-old had suggested extending her rest. However, she didn't respond and later jumped.

He added that relevant authorities have since stepped in to lend their assistance.

The Centre for Domestic Employees (CDE) stated that investigations are still underway. While they are currently unable to comment on the case, they urged domestic helpers not to endanger themselves recklessly. Should any of them require assistance, they may contact the CDE through their 24-hour hotline at 1800-2255-233.