End of an era: SPP unveils line-up without the Chiams

For the first time, the Singapore People's Party (SPP) will see a General Election candidate line-up that doesn't include former chief Chiam See Tong or his wife Lina.

Raymond, 48, told The Straits Times on June 12: "It will not be easy coming up against a two-term incumbent, but I have done my best and have helped as many residents as I could, and will leave it to the voters of Potong Pasir to mark their choice when the time comes."

If you are a resident of Potong Pasir, and if you need help, do send me your appeals online at any time of the day...

This will be Raymond's first election outing and he is likely to face People's Action Party's (PAP) Sitoh Yih Pin, who has been MP for Potong Pasir since 2011.

Prior to that, Chiam had helmed the ward from 1984 to 2011. He decided to lead an SPP team to contest in Bishan-Toa Payoh GRC in the 2011 General Election.

His wife contested in Potong Pasir that year and lost to Sitoh by a close margin. She was later offered a Non-Constituency Member of Parliament (NCMP) post.

Although she ran for the same constituency again in the 2015 elections, Mrs Chiam lost to Sitoh, who won 66.4 per cent of the votes.

Thank you everyone for the well wishes on my 83rd birthday! - Chiam See Tong

Meanwhile, SPP's team contesting in Bishan-Toa Payoh GRC is made up of members both old and new.

Lee, 40, is a long-time party member and a first-time candidate; Chiu, 41, and Osman, 45, joined the party in recent weeks and have contested in previous elections under SingFirst and Reform Party respectively. Chia, 49, was a former NCMP who was with National Solidarity Party until 2018.

The Bishan-Toa Payoh GRC will become a four-member GRC in the upcoming elections, as Marymount has been carved out as an SMC in the new electoral boundaries announced in March this year.

Although SPP expressed interest to contest in Marymount and Mountbatten SMCs, the party later ruled out running for the wards due to constraints in logistics and manpower, The Straits Times reported. 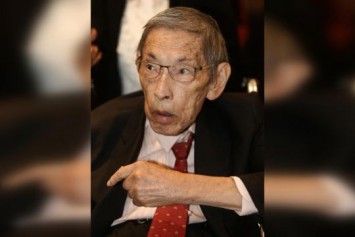 In 2015, the PAP team led by Defence Minister Ng Eng Hen, won 73.59 per cent of the votes in the Bishan-Toa Payoh GRC against the SPP team.

Without opposition veteran Chiam's presence in the elections that year, SPP suffered a major setback. Not only did it see large swings to PAP in the four constituencies it had contested, but it also failed to win a seat in Parliament.

Last October, Chiam, 85, stepped down from his duties citing ill health. A month later, Chia and Raymond were elected to top positions within the party. Chiam remains a party member while his wife is part of SPP's central executive committee.

This will be SPP's smallest line-up for the elections since 1997.