SINGAPORE - In the latest chapter of a fight over the famed Eng's wonton noodles business, the daughters of its founder won a trademark dispute against their brother's business partner.

Sisters Ng Mui Hong and Ng Mei Ling succeeded in fending off a bid by Ms Pauline New to stop their wonton noodle company from registering three trademarks that featured elements from the signboard at their father's former hawker stall.

The noodle business - known for its springy noodles and signature chilli paste - was founded by the late Ng Ba Eng, who ran the successful eatery at Dunman Food Centre.

A company, named Eng's Noodles House, was registered at that time, with Mr Ng's son, Mr Desmond Ng, and Ms New as directors and shareholders. The elder Mr Ng died the following year.

In 2018, after the partners fell out, the company failed to renew the lease on the shop. It ceased operations on Feb 28 that year.

On the same day, a new company called Eng's Wantan Noodle was set up. It took over the premises, with the new lease reportedly signed by Mr Thomas Hong, the chief executive of soup chain Lao Huo Tang.

The High Court later ruled in a 2020 judgment on a lawsuit between Ms New and the Ng family that she and her husband were "instrumental" in the setting up of the new company, including introducing Mr Hong to the real estate agent to secure the lease.

On March 5, 2018, the Ng sisters started another company called Eng's Char Siew Wantan Mee. Their eatery is in 248 Tanjong Katong Road, a few doors away from the other shop. 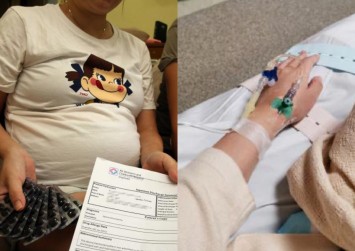 The word and characters were used in the signboard of the elder Mr Ng's stall in Dunman Food Centre.

Ms New opposed the applications. Among other things, she argued that Eng's Char Siew Wantan Mee's use of marks such as "ENG'S" and the Chinese characters was likely to confuse actual and potential customers, causing them to associate the company with the now defunct Eng's Noodles House.

She also claimed that there was "a real tangible risk" of damage to her firm's goodwill, or reputation, in its business.

But intellectual property adjudicator Andy Leck allowed the registration applications by the Ng sisters' company in his grounds of decision dated June 27.

He noted that Eng's Noodles House had ceased operations before the applications came about, and has remained dormant since.

There was therefore no goodwill attached to the company at the time of the applications, he said.

Mr Leck noted that the three trademarks had been used for the noodle business by the Ng family for decades before Eng's Noodles House was set up, and the company utilised them only between 2012 and 2018.

"Both this and the continued physical presence of Mr Ng Ba Eng and Mr Desmond Ng previously at Eng's Noodles House, and (the younger Mr Ng) currently at Eng's Char Siew Wantan Mee, would more likely result in the public continuing to associate such marks with the Ng family," he said.

Mr Desmond Ng is currently working at his sisters' eatery. The siblings are all in their 50s.

In a statement provided through one of their lawyers Leo Cheng Suan, the Ng family said the Eng's brand was left to them by their father and rightfully belongs to them.

"We will be pursuing the matter with Mr Thomas Hong and Ms Pauline New for their infringement of the Eng's name," they added.

This case follows a 2020 High Court decision on a separate lawsuit by Ms New.

In 2019, she sued the three Ng siblings and Mr Bill Teng, who handled the accounts of Eng's Noodles House and had been allotted a 5 per cent stake in the company.

Among other things, she accused the defendants of conspiring to harm Eng's Noodles House by setting up a competing business.

The lawsuit was eventually dismissed by the High Court, which also rejected the counterclaim by the Ng sisters that Ms New was misleading consumers into believing that Eng's Wantan Noodle - the current occupier of 287 Tanjong Katong Road - was actually the same as their family business.