SINGAPORE - The police have issued a gazette for the arrest of lawyer Charles Yeo after he breached conditions of the court for approval for overseas travel.

In a statement on Monday (Aug 1), the police said they are working with foreign law enforcement counterparts to trace Yeo's whereabouts.

Yeo, the former chairman of the Reform Party, faces six criminal charges in Singapore, including multiple counts of harassment and wounding the religious feelings of Christians.

Yeo, 31, was allowed to leave Singapore last Wednesday and was supposed to arrive back here last Saturday.

The police said they are aware of social media posts by Yeo saying that he will not be returning to Singapore and will be seeking asylum in Britain.

They added that Yeo is also on police bail as he is currently under investigation for allegedly committing criminal breach of trust and forgery in relation to complaints lodged against Whitefield Law Corporation, where he was a former partner.

The police said: "Charles Yeo reported to the investigation officer on July 26 to collect his passport, provide his travel itinerary and furnish additional bail with his bailor before his departure on July 27." 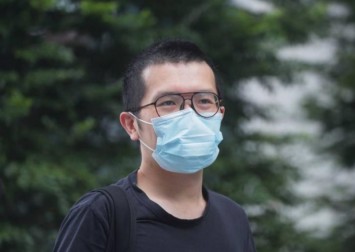 They added: "Under the conditions of his application to leave state, he was required to report to the investigation officer on Aug 1 at 6pm to surrender his passport upon his return."

The police received a report from Yeo's bailor on Sunday informing them that he did not return to Singapore and had been uncontactable.

The police attempted to contact Yeo on Monday but to no avail.

Yeo is accused of making remarks on his Instagram and Facebook pages to wound the feelings of the Christian community on three occasions - Nov 13, 2020, as well as Feb 23 and 26 in 2021.

He was also charged with posting a series of Instagram stories that contained abusive remarks about a specific police officer between November 2020 and January last year.