SINGAPORE - A jobless man who helped his sister and brother-in-law launder and hide part of the proceeds of their $40 million SkillsFuture scam - the largest case of a government agency being defrauded - was sentenced to five years and eight months' jail on Tuesday (Nov 27).

Lee is the first of five people charged in court over the scam last year to be sentenced. 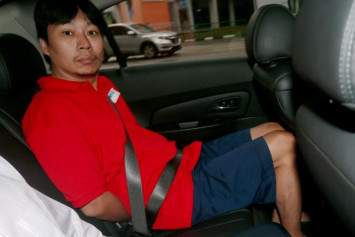 Ng is alleged to be the mastermind of the scam which netted nearly $40 million in fake claims from SkillsFuture Singapore (SSG), a government agency that gives out grants and funding for lifelong training.

Between May and October last year, the syndicate used a network of nine business entities - three training providers and six applicant entities - to submit 8,386 fraudulent course fee grant applications and a corresponding 8,391 claims to SSG.

The applications and claims were submitted on the basis that training courses were purportedly provided by the three training providers to about 25,000 employees of the six applicant entities.

As a result, SSG disbursed $39.9 million in course fee subsidies.