Captain Julie Lim (left) and weapon systems officer Lieutenant Hannah Teo with the F-15SG at Mountain Home Air Force Base in Idaho, US.

SINGAPORE - One has always dreamed of being a fighter pilot, while the other's interest in the air force was sparked by the fighter jets that fly on National Day.

While fighter pilot Captain (CPT) Julie Lim and weapon systems officer Lieutenant (LTA) Hannah Teo did not join the air force by accident, ending up in the same F-15SG cockpit was more fortuitous.

They are the first women fighter aircrew duo to fly the Republic of Singapore Air Force (RSAF) multi-role combat fighter together.

In April this year (2021), both were posted to the RSAF's Peace Carvin V detachment in the city of Mountain Home, Idaho, in the United States, where they took part in the biennial integrated strike drill Exercise Forging Sabre. The drill started on Sept 14 and ends on Saturday (Sept 25).

Asked if there was a deliberate plan to put them together, CPT Lim demurred. Both women started their aircrew training in 2016.

"We started our training three courses apart, but because of the duration of the courses, we ended up graduating and getting posted to 142 Squadron at the same time," she said. 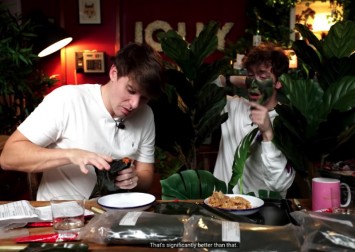 Fighter pilots can operate with different weapon systems officers and vice versa, and there are no fixed pairings. CPT Lim and LTA Teo are paired for selected missions when their training and schedules require them to fly together.

CPT Lim, 28, who has a degree in aeronautical engineering, said she has been interested in aviation for a long time and obtained a private pilot's licence from the Singapore Youth Flying Club when she was in school.

"My father used to be a pilot in the air force as well, so growing up I was exposed to every air force open house and Singapore Airshow I could remember as a kid. I definitely had interest to sign on and to pursue being a pilot as a career," she said.

Her father is a retired senior lieutenant-colonel who flew the Super Puma.

LTA Teo, 26, whose role is to navigate, monitor surface and air threats, and manage the F-15SG's weapon systems, said she used to play netball competitively in her secondary school and junior college days.

"Having that kind of personality, I figured I wanted to do something that was physically and mentally challenging to me as a career.

"When I signed on, I really wanted to fly because I always see the jets fly every National Day, so that kind of sparked my interest." 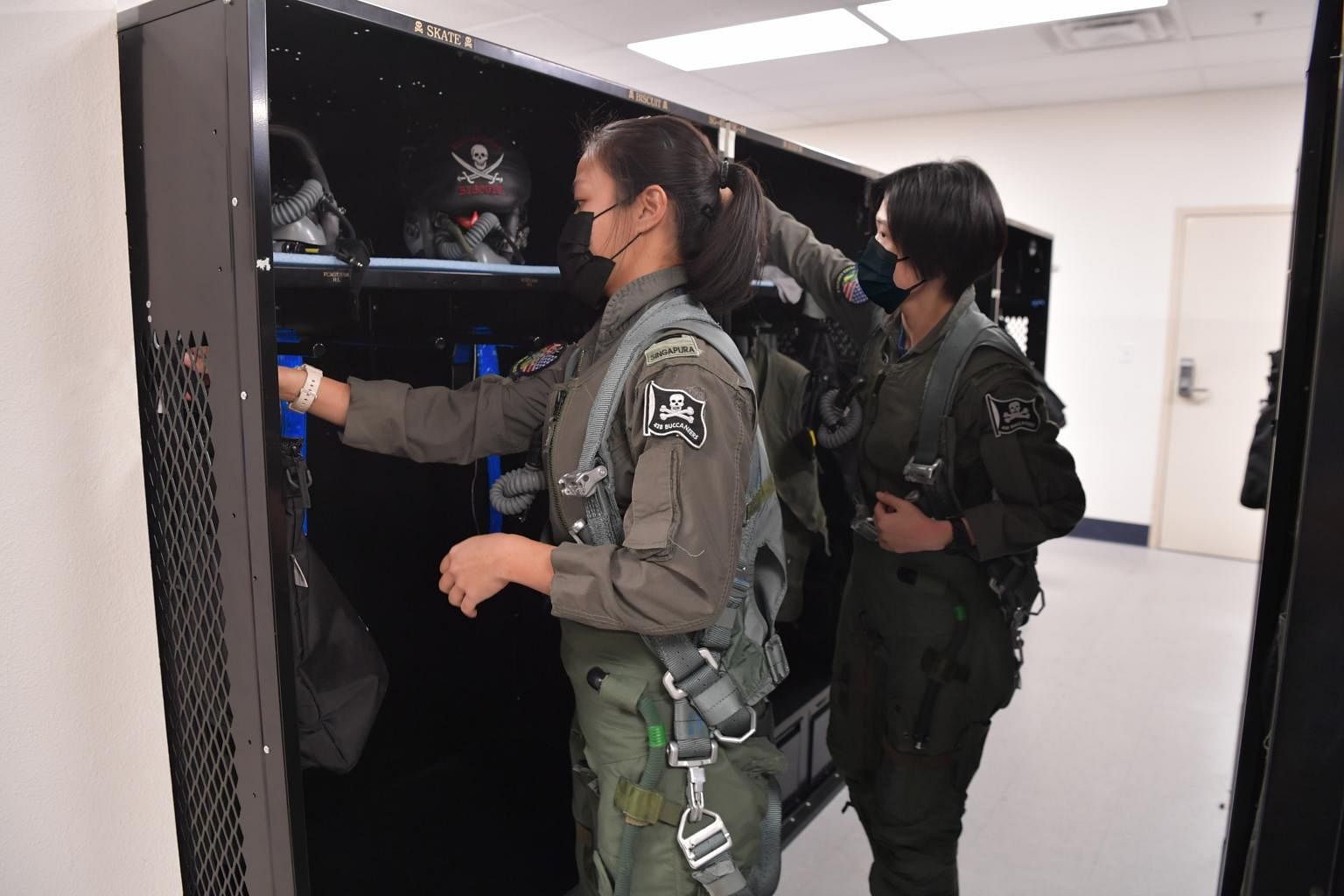 Asked if their years of knowing each other make them a closer pair in the air, LTA Teo said: "We know each other's habits and we are very comfortable working with each other, so it definitely makes it easier when we fly together."

CPT Lim said that unlike in their training days, when they were often paired with instructors who were more senior, they are now two junior aircrew flying together.

"That brings about a whole new set of learning, so we get to learn a lot more from flying and making mistakes together... so it's exciting in that way," she told reporters in a virtual interview from the US earlier this week.

The duo - both single and friends outside of work - were among 800 troops from the air force and the army who took part in Exercise Forging Sabre.

Asked if she had any advice for aspiring pilots, CPT Lim said that following one's passion will keep one going. "And regardless of where your passion is - in a male-majority environment or not - if you do what you enjoy, that will keep you happy at work every day." 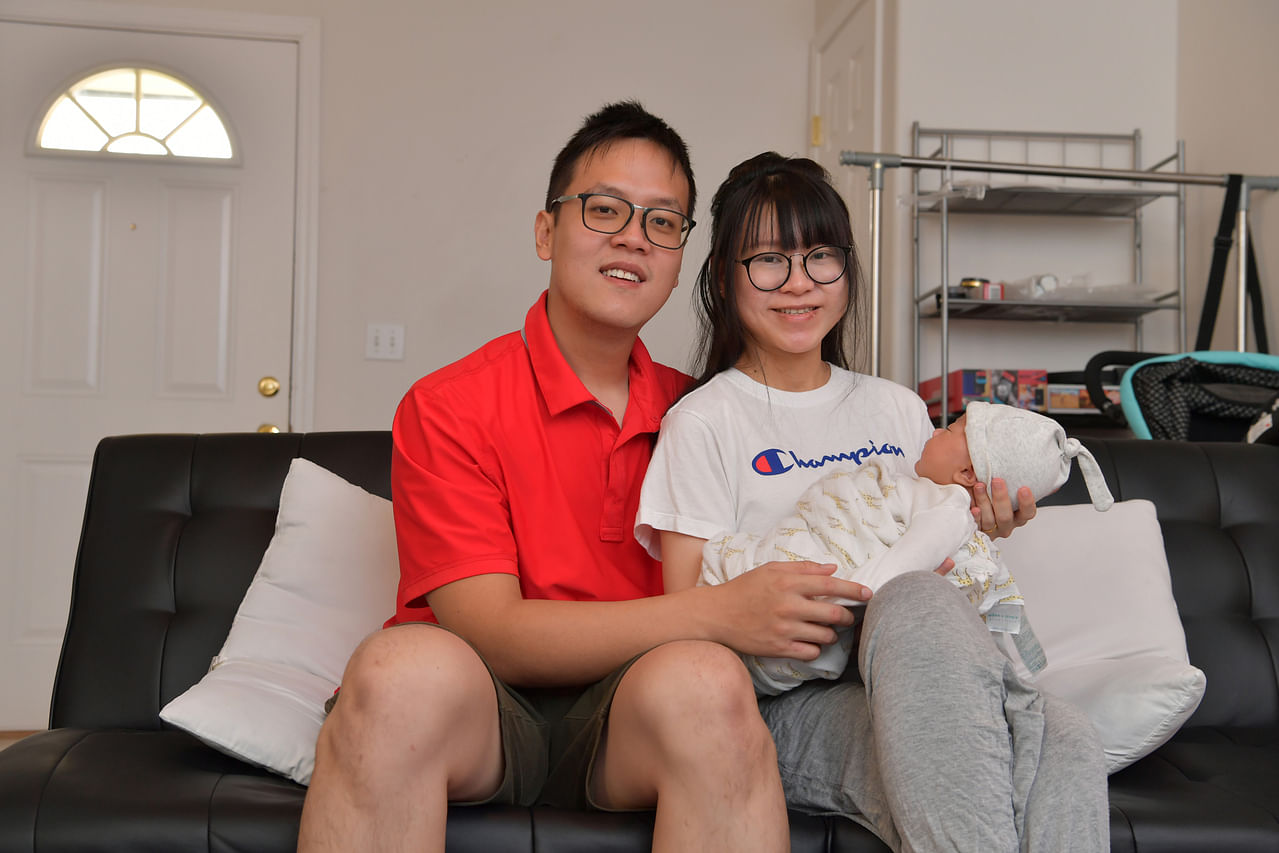 Military Expert 2 Alvin Tan, with his wife Lai Yet Wah and son Ares, in their home at Idaho, US. PHOTO: MINDEF

Happiness came in a different form for a fellow airman from the detachment and exercise participant, Military Expert 2 Alvin Tan, who welcomed his first child, Ares, last month.

The air force engineer, 30, was posted to Peace Carvin V in 2018 right after he was married, but his wife - former sales coordinator Lai Yet Wah - joined him only last year when he extended his tour there.

"When I first learnt of my wife's pregnancy, us being Chinese and superstitious, we did not want to announce it until after three months," he said. 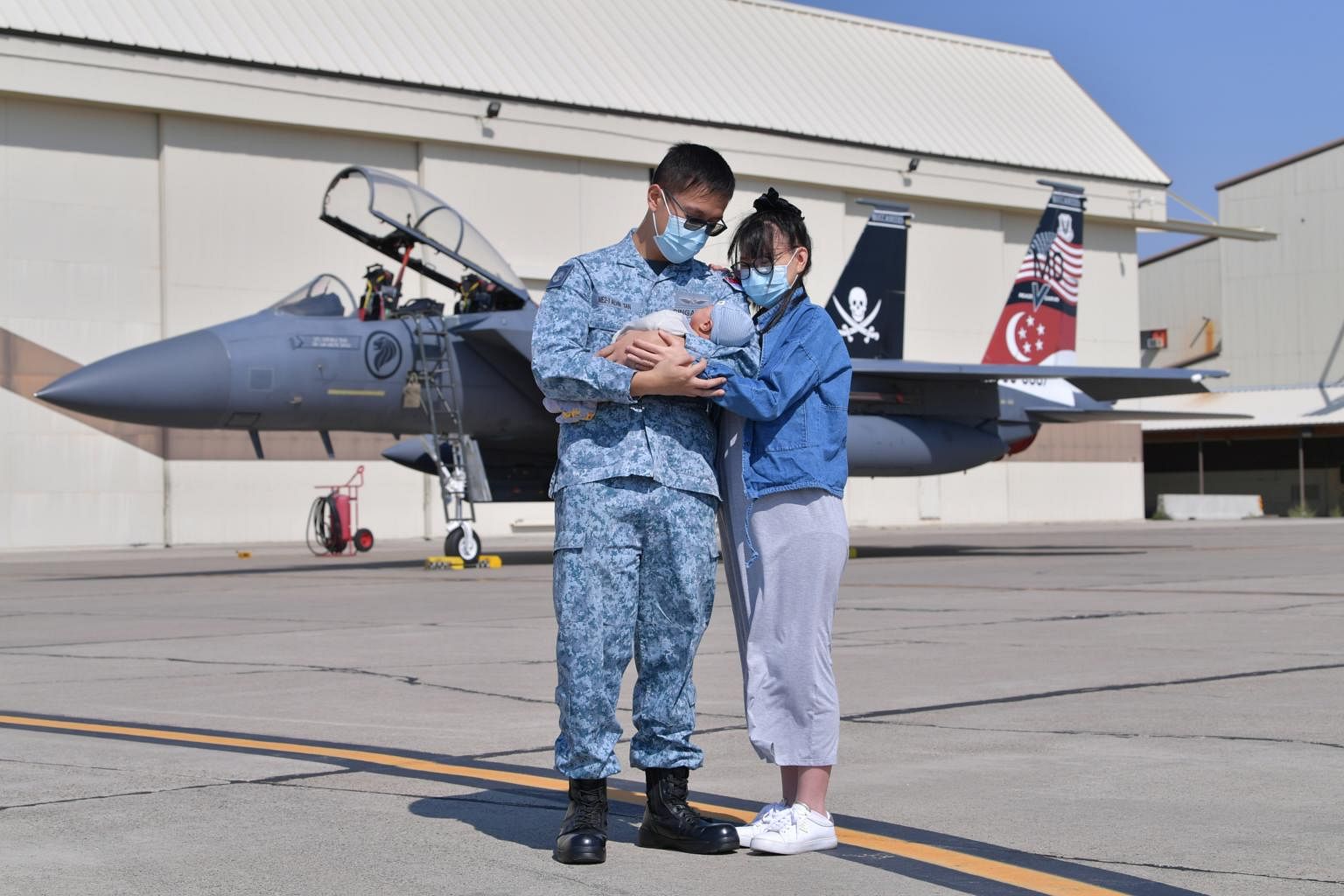 Military Expert 2 Alvin Tan, with his wife Lai Yet Wah and son Ares, at Mountain Home Air Force Base, Idaho, US. PHOTO: MINDEF

But because of the Covid-19 pandemic, he had to seek permission to go to the hospital, and his superiors had asked why he was taking his wife for check-ups every month.

"So I had no choice but to tell them," he said, adding that his detachment-mates were happy for him as they knew the couple had been trying to start a family for some time.

He said the strong unit support helped ease his transition into being a first-time dad. The wives of other members of the detachment also pitched in to prepare confinement meals for his wife.

"They have also been giving us awesome advice such as how to take care of our baby. If we need any help, we can just give them a call and they will support us, no questions asked," he added.