Former Fuji Xerox managing director gets $1.4m in lawsuit over his sacking

Mr Bert Wong was sacked without notice in December 2017, nearly three months before the last day of employment under his contract.

SINGAPORE - The former managing director of Fuji Xerox Singapore was awarded over $1.4 million in damages on Tuesday (Feb 2) after winning a suit against the photocopier company over his dismissal in 2017.

Mr Bert Wong, who was represented by lawyers Wendell Wong and Jared Chen, had claimed that the company had unlawfully dismissed him without any basis and in breach of his employment contract.

Justice Audrey Lim awarded $1,435,560.65 to him on Tuesday, rejecting the company's claim that it was justified in sacking him as he had entered into various transactions which caused it to suffer losses.

Mr Wong started with the company in 1980, and rose through the ranks to become its managing director in 2007.

In 2017, the company received a letter containing allegations of misconduct in the way Mr Wong managed the business.

Accounting firm Deloitte & Touche was hired to investigate the claims, while an internal team carried out its own probe.

Mr Wong was sacked without notice in December 2017, nearly three months before the last day of employment under his contract.

He claimed that he was not told of the specific grounds for his dismissal until he started legal proceedings.

Fuji Xerox Singapore, represented by lawyers Aaron Lee, Toh Jia Yi and Marc Malone, had contended that both the Deloitte audit and the internal investigation revealed numerous irregularities in past business transactions.

These transactions were agreements in 2011 and 2012 relating to a project in Indonesia, as well as a sale agreement in 2013.

The internal investigation also highlighted irregularities in the company's agreements in 2014 and 2015 with another company known as Marine Offshore Services (MOS) over the sale or lease of diving equipment.

The company had claimed that it was entitled to summarily dismiss Mr Wong as he had breached his fiduciary duties, his employment contract and company policies in his handling of the transactions.

His actions had exposed the company to unnecessary financial liability and caused it to suffer losses of nearly $3 million, it had argued.

In a written judgment, Justice Lim held that Mr Wong had not breached any of his obligations in handling the transactions.

The judge noted that two of his decisions then which may have amounted to such breaches had subsequently been approved by his superiors and therefore rectified. 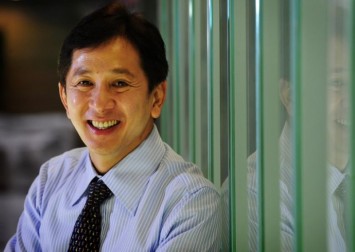 These decisions were also not sufficient grounds under Mr Wong's employment contract for the company to dismiss him, the judge added.

Justice Lim also dismissed the company's allegations on his improper handling of the MOS transactions, noting that the Deloitte audit report did not mention the agreements.

But the judge rejected Mr Wong's claim that his dismissal had been decided even before the Deloitte report was released, as part of changes made throughout the group to rebuild the trust of stakeholders after accounting irregularities were found in Fuji Xerox companies in Australia and New Zealand earlier that year.

It was unlikely that the company or its parent companies would have taken the trouble to commission investigations into the allegations against Mr Wong, and for the auditors to attempt to meet him, just to put up a facade to justify the alleged prior decision to terminate his employment, the judge said.