We've heard the heartwarming stories from candidates as they meet constituents on the election campaign trail, and last night, Nicole Seah had a particularly "emo" story to share.

The Workers' Party member in its East Coast GRC team posted yesterday (July 6) that a morning house visit at Simei had been "emo" — short for "emotional" — but an even more heart-tugging incident occurred after she hopped into a cab after the house visits.

In her Instagram Story, Seah described how after arriving at her destination, the taxi driver reached into his wallet and teared up while offering her a donation of $200.

Read Also
GE2020: Nicole Seah on making her own teh-C kosong every day and one great takeaway from house visits 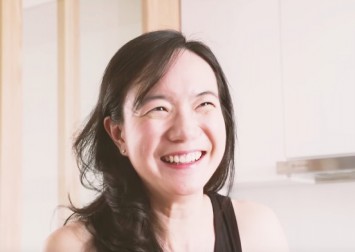 She wrote: "After I paid for my cab fare, uncle turned off his meter, reached into his wallet and said in Chinese, 'I hope the WP can accept my small donation of $200' and started crying".

Seah however, rejected the money "as he is having difficulties with his livelihood during this uncertain period".

She added that "his moral support is more than enough to keep us going...but seeing the tears in his eyes really broke my heart".

Her story was reposted by several netizens who voiced their support for Seah.

The WP East Coast team hit the ground at Simei once again this morning. After distributing calling cards at Simei MRT,...

Photographer Edwin Koo also shared more about what transpired that morning between Seah and a resident, who "thanked Nicole and the volunteers for giving people like her a voice".

He wrote how the resident, Mdm Yang, had said a phrase in Mandarin that made both women cry.

He wrote: "Mdm Yang said: '不是为造反而造反，是为了进步而反.' (translated: not opposing for the sake of opposing, but opposing to make things better).

"This statement hit all the right buttons, and both women wept."