PSP chief Tan Cheng Bock was responding to remarks from Trade and Industry Minister Chan Chun Sing that the opposition had thus far left out management of the Covid-19 crisis from their manifestos and discussions.

Speaking to the media during a walkabout in Nee Soon GRC with the PSP team: "Paul and I, we are prepared to go on TV and debate on this.

"So if he is prepared, Chan Chun Sing can bring the health minister. And I will go along with Paul. Then we go on national TV, and we will debate this thing out."

Dr Tan, who is contesting West Coast GRC, was responding to remarks from Mr Chan that the opposition had thus far left out management of the crisis from their manifestos and discussions.

"I think I read somewhere that he told the media.. that we won't be able to help you in Covid-19 management. That shouldn't be. We will challenge it," said Dr Tan.

He declined, however, to share what plans he would bring up if the debate were to take place.

"No point telling you. Let's have a national debate. We go on television... So I think that will settle everything.

"They (the PAP) must give the response, because we didn't initiate it, they initiated it, we responded that's all."

The PSP chief said that Dr Tambyah, who is contesting Bukit Panjang SMC, and himself are good friends and experienced in the medical field.

"So how we managed that time, there's nothing very special but the basic fundamental principles we carried with us. So we can impart all these knowledge to them," said Dr Tan.

Dr Tan on Sunday also repeated his criticisms of the timing the general election. 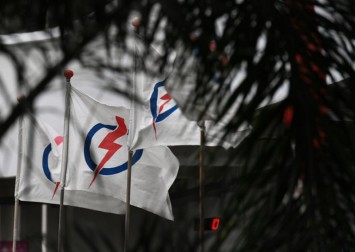 "In the first instance, I already disagreed with holding the election now. This is an irresponsible act of government.

"If they really consider that the election is safe, I tell you, they shouldn't have all these social distancing rules and so on.

"You're putting all at risk. And I'm really worried."

Dr Tan added that it has been difficult for parties to maintain safe distancing while on walkabouts.

"We try but we can't help it, people just come to you. So you know the situation is going to happen in any election like this," he said.

"I have six general elections I took part in, and one presidential election, and now.

"When there's an election, it's very difficult to say 'You stand here, you stand there', because the spirit and the determination to see who is talking is natural.

Read Also
GE2020: Lee Bee Wah says too many opposing voices make it 'difficult to do things'; tears up after thanking supporters 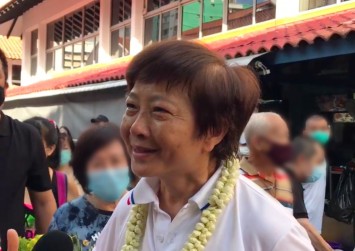 Mr Shanmugam had said: "It's very clear that they have no plans. And when asked, Mr Bowyer says, oh, we will give more jobs as cleaners to Singaporeans in the town council.

"So those are his plans for Nee Soon. Well and good. But I personally think that Nee Soon residents deserve better."

Mr Bowyer said: "If you look at what I said in our e-rally last night, we have a big structural problem in the way that we run our workforce.

"Every society has people from every level.

"We're not all rocket scientists and we can't turn every Singaporean into a clone of an ideal scholar."

He said that what has gone wrong is that the presence of foreign workers here has caused "Singaporeans who used to build our roads, build our buildings, clean our houses, do our gardening" to be underemployed or unemployed.