DPM Heng with his East Coast GRC team mates at the nomination centre.

In one of the most exciting announcements made on Nomination Day (June 30), Deputy Prime Minister Heng Swee Keat was revealed to be the anchor minister for East Coast GRC.

East Coast GRC has received much online buzz as it was poised to be a hotly contested constituency between Workers' Party (WP) and the People's Action Party (PAP).

With former anchor minister Lim Swee Say stepping down and former MP Lee Yi Shyan not running in this general election, it left a "succession gap" that Heng volunteered to fill, according to a Facebook post he published on June 30.

Heng is the ruling party's first assistant secretary-general and the incumbent anchor minister in Tampines GRC.

The Facebook post, which also served as a farewell letter to Tampines GRC, explained his reason for stepping up to the plate for East Coast GRC.

I have known Lim Swee Say for about 25 years. We first met when he entered politics in 1996. I was then Principal...

Heng wrote: "The question was: should I move to East Coast? I thought long and hard about it. After serving for almost a decade, I am very attached to Tampines and the people there.

"But Tampines has a very good team. The MPs have been working well together, and with the residents. If I move, Tampines residents will still be well taken care of. I have every confidence that [Minister] Masagos Zulkifli and the rest of the team can lead Tampines to new heights. I have a strong successor in Koh Poh Koon. And they have the full support of all the activists in Tampines.

"If I move, I can do my part in East Coast. We cannot afford a gap in East Coast in these uncertain times. We need a full team that can take care of the residents and position them to come out of this crisis stronger than before. I told PM, I will move to East Coast."

Read Also
GE2020: East Coast GRC is the one to watch with DPM Heng set to face off against WP's Nicole Seah 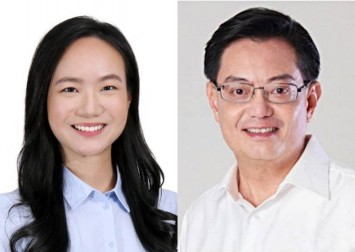 But, Heng revealed in his post that he has done his due diligence and had "good discussions with the team", and even assured residents in his nomination speech that he has "a plan for East Coast".

He wrote: "Our team looks forward to working together with our residents, to get through this crisis safely, to continue to build the East Coast spirit of care and support for one another, and to emerge stronger. We will build on the good work by Swee Say, Yi Shyan, and the team. There is so much to learn, and I will work hard to learn it."

"With the Covid-19 pandemic, there is profound uncertainty ahead, for Singapore and Singaporeans. The People's Action Party has a national plan to lead us to overcome this crisis and emerge stronger. My team and I have a plan for East Coast to forge ahead with unity and care."