HBL 'easier' for parents this time around, but more are cautious of new Covid-19 variant: Survey

It's a few days into Phase 2 (Heightened Alert) with tighter restrictions, and there's already a feeling of deja vu. Haven't we been here before?

The emotion is tinged with a certain degree of disbelief that one year after the circuit breaker, we are back where we were. Well, sort of.

Granted, things are not as bad in the current phase — we are still able to catch a movie if we really, really wanted to, and bubble tea shops are still open — most of them anyway.

But the sentiment seems to be that people are more cautious than usual, in particular, parents with children. It could be due to the fact that the current virus making its rounds is the more virulent B16172 strain (and no, it's not the "Singapore variant").

The report last week that the new strain of Covid-19 appears to affect children more also sent parents into a tizzy, although Minister Chan Chun Sing noted that none of the kids infected with the virus are seriously ill.

According to a straw poll conducted by AsiaOne of 13 parents of preschool and school-going children, about three-quarters of them affirmed that they are more wary of the virus this year. And the main reason they gave for that is the more contagious strain of Covid-19.

Said one respondent whose child is still in preschool: "Now there are two variants and more kids have it. Kids always lack hygiene hence it's dangerous to leave them in school without [parental] supervision."

The announcement to shift all schools in Singapore to home-based learning came on May 16, after Singapore reported 49 new Covid-19 cases, including 38 in the community. This is the highest figure of community cases in more than a year.

However, unlike last year's circuit breaker, preschools and childcare centres are still open. But the government has indicated that keeping young children at home is encouraged.

Once again, some parents now have to juggle both WFH (work from home) and HBL (home-based learning), with varying degrees of success. However, with experience, the assumption is that it is easier this time around.

Keeping my five-year-old son at home with me wasn't a difficult decision to make, mostly because we have the resources this time around. I am not working full-time currently and have more time, energy and patience to dedicate to his needs, and my husband, who is working in F&B, has also been put on enforced leave due to the pandemic.

With the three of us shifting to our new place last month, there is also more space at home now to 'quarantine' without the claustrophobia.

But not many have the luxury or feel the need to keep their young children at home. According to our poll, slightly more than half of the respondents with preschoolers are still sending them to childcare facilities or kindergartens.

Unsurprisingly, those who do so cited the lack of alternative childcare arrangements for their kids as the main reason.

Call me kiasi, but I'm not alone in making the preemptive move to take my kid out of school.

Joanna Lin, 39, a mother of two, decided to keep her four-year-old preschooler at home the moment home-based learning for all formal school-going children was announced. The homemaker, who has another daughter in Primary 1, also saw no need to wait till home-based learning was enforced to pull her elder daughter out of school earlier.

"I'm sure the school understands the anxiety of parents now. They were quite okay with it and just told me to pick up the worksheets from the office," said Lin, who made her daughter stay home from Monday (May 17) instead of the start date on May 19.

An added consideration for Lin and her husband is protecting the health of the other more vulnerable members of her family, such as her in-laws with whom they're staying.

But as most parents would understand, keeping young children indoors and entertained for a week or more is a hair-pulling feat (it'll either fall out on its own, or your kiddos can do it for you).

However, with the experience of last year, it does seem that parents, kids and schools have gotten the hang of things this time around.

According to our poll, most parents do find HBL "easier" to manage this time around, in the sense that they have a clearer idea of what to expect. The feedback is also that schools are better prepared and are quicker at disseminating information to students and parents.

Said mother-of-two Sandy Soo, 49, who is also the head of learning services at an educational institute: "I think that we have gotten used to online learning, especially with online tuition and the first round of HBL. It should be easier for parents to monitor their progress through the student learning space (SLS)."

Another parent noted that their kid's school "is more ready to roll out online learning and seems very prepared for it".

However, one parent indicated that preschoolers should have the option for online learning as well, for parents who choose to keep them at home.

For a minority of parents in our informal survey though, HBL this time round has been more difficult, mostly due to changing circumstances — such as having to parent the kids solo during the day.

Said media manager Regine Ng, 40, whose husband's new job requires him to be out of the house on most days: "The last time around my elder daughter was still in K2, so she and her sister just attended Zoom classes which the preschool arranged. Now that formal education has started and she's in P1, I'll have to monitor her work on top of my own, plus find things to engage her after school hours. Hence, the stress level is somewhat higher."

But one concern that parents have, according to our poll, is that their children's rate of learning would be affected. Said Soo of the challenge when it comes to monitoring her kids' online learning: "Them switching from the SLS to play games is almost a given, it's whether they switch back."

Besides worrying about the extended screentime that their kids are subjected to these days, some parents are also concerned that HBL is not effective for kids who need a more conducive environment to learn.

"There are no teachers to emphasise learning points," said one survey respondent, while others are worried that their kids would "lose out" when it comes to critical years such as the PSLE. Having to oversee their kids' learning while tied up with work is another difficulty.

Read Also
A not-so-enthu start to HBL: Internet weeps in the form of memes 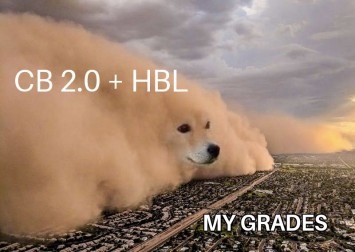 And surprisingly, it's not just the parents who are worried. A thread called "Goodbye Grades" on Reddit probably sums up the fears that students face during this time.

Said one Redditor who's presumably in secondary school: "I seriously can't deal with another round of home-based learning. At school I'm fine, I can sit for up to five hours and pay attention just fine but when I'm at home I can fall asleep at my chair while on a Zoom call with cameras on and all that, I'm so scared for my O-level grades already... Is this just a me problem or are other students facing the same thing?"

However, comments have been varied, with several stating that with travelling time removed and some discipline, they are actually able to study better during HBL.

For parents like myself, the only thing that we can do is to hang in there and hope for the best. To lend a hand to hapless parents, the Ministry of Education has provided an online resource for those who are struggling during this time.

And on social media, many communities focused on education and parenting have pushed out ideas on how parents can cope with HBL.

Xie Wanyun, 35, who is behind Instagram account Popsicles Play, recommends that parents have structured "lessons" at home with their kids.

Based on her experience, "it helps to keep my sanity and provides predictability in these uncertain circumstances," said the finance director, who wrote that having a timetable also makes "time pass that much easier" with her kids, aged two and five.

Like many others, she and her husband also chose to pull her kids out from school. Xie shared that their decision hinged on four factors — how critical school is at their age versus the risk, their ability to care for both kids at home while working, how the lack of social interaction would affect the kids, and how well the school can support HBL.

"Based on those four considerations, we decided keeping them at home is the best option for now. Of course, we are also monitoring it as the weeks go by and our decision might change depending on whether the situation evolves," said Xie.

Indeed, with the pandemic, the situation appears to evolve rapidly. The latest report by The Straits Times published Saturday (May 22) has indicated that children are not more prone to getting infected with Covid-19.

The article cited infectious diseases expert Paul Tambyah as stating that the reason more children have been infected is due to the cluster environment, such as a tuition centre or a school bus. 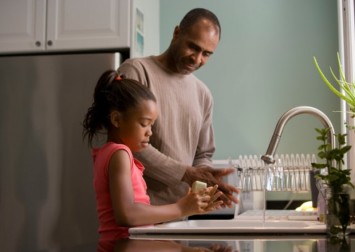 HBL and WFH are but just part of the struggles that many of us are facing during the pandemic, and what many of us need most is to have a little more understanding from others in this trying time.

Here's part of a joke I read online that says it all:

"Don't be surprised to see your neighbour's kids watching TV with no sound, only subtitles. It's reading period… all day.

"If you see your neighbour's kid at the playground all day, relax, there's eight periods of PE lessons today.

"If you see a parent sitting at one corner and talking to themselves, just chill, it's probably a parent-teacher conference."