'He gave me the willpower to live': Discharged Covid-19 patient spurred on by grandson

"It felt like I was drowning and I couldn't breathe. It was the scariest thing to ever happen to me."

For one 67-year-old man, his battle with Covid-19 caused him so much suffering that he wanted to pull the plug on himself. He would have done it too had it not been for his grandchild.

He was one of the 407 cases discharged last Wednesday (June 3). 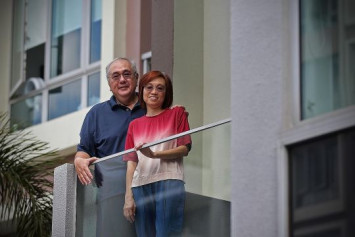 The elderly man first came down with a fever on April 10 though he brushed it off, thinking it was a mere cold. However, he fell into a semiconscious state the next afternoon and was rushed to the Singapore General Hospital's emergency room for treatment, Lianhe Wanbao reported.

The doctors confirmed that he was infected with Covid-19 in both lungs and had to hook him up to a ventilator to aid his breathing. On top of that, the virus had permeated through his immune system and organs, causing him to suffer from kidney failure.

"I was administered anaesthetic, but I was like a vegetable. I couldn't move," he shared in an interview with the Chinese paper.

His family members only learnt that he was in critical condition at 2am and heard from the doctor: "He doesn't want to live anymore.

"I was in so much pain," the elderly man recounted. "I told the doctors not to treat me, I didn't want to live anymore."

Rather than give up on him, his doctor turned to the patient's family for advice on how to encourage him to persevere.

The elderly man had always been close to one of his grandchildren, whom he had given up his job overseas to take care of. As such, the doctors would show him videos of the young boy provided by his family throughout his stay and even stuck photos of the child at the window.

"He gave me the willpower to live." 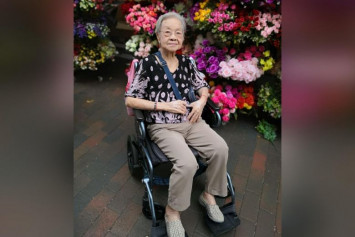 With support and encouragement from the medical team and care ambassadors alike, he was able to carry on with his battle with the disease. Even after he was transferred out of the intensive care unit to a regular ward, they'd still drop by and keep him company.

One of the doctors even bought him origami paper to gift to his grandson.

After 53 long days, he was finally discharged.

Having gone through such a close shave with death, the elderly man shared that he's since grown to treasure his family even more.

"A family's warmth is very important. When things looked bleak, it was my family and friends that supported me. Spend more time with your family, treat them better."