Caroline Chew's horse Tribiani was found to be bleeding from the mouth.

A historic outing at the Olympics for Singapore equestrienne Caroline Chew ended in heartbreak as she was eliminated from the dressage individual qualification competition on Sunday (July 25) after her horse Tribiani was found to be bleeding from the mouth.

The Singapore National Olympic Council (SNOC) said that she was eliminated in accordance with International Federation for Equestrian Sports (FEI) dressage rules article 430.7.6.1, which states: If the Judge at C suspects fresh blood anywhere on the Horse during the test, he will stop the horse to check for blood. If the Horse shows fresh blood, it will be eliminated. The elimination is final. If the Judge through examination clarifies that the Horse has no fresh blood, the Horse may resume and finish its test.

The SNOC said that Francis Verbeek Van Rooij (president of ground jury) had halted Chew’s ride to check and confirmed traces of blood were seen in the 17-year-old gelding’s mouth.

An immediate veterinary check was done and a small cut was discovered on his lips, which is suspected to have been caused by a stumble at the beginning of the test.

It added that the veterinarian inspected Tribiani and reported that there was no further bleeding.

Chew, a 29-year-old lawyer with Freshfields Bruckhaus Deringer in Britain was quoted in a Reuters report as saying: “I would say (it’s) quite miraculous we got here anyway.

“It was great and I felt really humbled and privileged to be the first Singaporean at the Olympic Games for equestrian.

“It’s kind of a shame how it ended.

“It was a bit of a freak accident...He was feeling really good actually, presenting really well and then just caught his lip in the corner, I think. I didn’t feel it happen, but obviously the judge saw it.”

Read Also
Tokyo Olympics: Your checklist — who are the top 10 superstars to watch at the Games 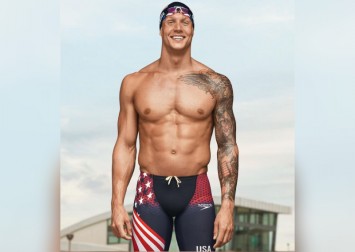 Chew had earned her ticket to Tokyo only a month ago following a last-minute withdrawal by New Zealand, which presented her with the chance to make Singapore sporting history. She nailed her spot with her performance at the Dressage Grand Prix in Le Mans, France, two weeks later.

Team official and coach Matthew Frost said: “This type of incident happens from time to time, and we can only put it down to bad luck on the day. Caroline was trending well before the judge stopped the test. She would have performed a high score if not for this.

“We are nonetheless proud of the performance of Caroline and Tribiani to earn a start in the Tokyo Olympic Games, and both horse and rider were well-ready to face this high-level Olympic class. This experience, though unfortunate, will stand them in good stead for future championships.”

The team and individual medals for dressage, also known as horse ballet, will be decided on Tuesday and Wednesday.