There were accounts about his alleged infidelity during their decade-long union, and claims that he was part of a smear campaign aimed at bringing Chan down, so that he could take over the company.

The 107-minute-long interview now has more than a million views on YouTube.

Responding to these allegations, Tan released a 10-page statement on Wednesday with accompanying screenshots — posting the link to the document on his Instagram story.

In the statement, Tan clarified that he was "not involved, in any way, with sgcickenrice or the publication of endthesilencee.blogspot.com".

“I am also distraught that Sylvia would give the impression that I threatened suicide to manipulate her," the 33-year-old said, alluding to his mental health struggle.

He also added that "many lies were peddled" during the interview, but did not want to "discuss [their] personal issues".

Resignation as director of NOC

In response to Chan's account of how NOC was managed during the video interview, Tan said that his ex-wife could not be appointed sole director "as she was not Singaporean", but was a "de facto director" and had the "final approval" on many matters in the company.

Contrary to Chan's claim that he allegedly asked for his resignation to be backdated, Tan said that he told Chan he "wanted to leave" as early as February, and "reached an agreement" on May 8. 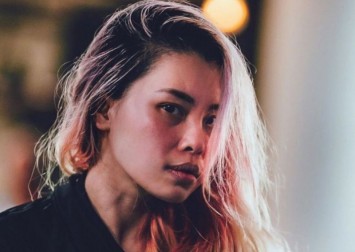 He revealed that Chan knew he intended to set up another company and had urged him to "quickly incorporate the company", so that there would be a "clear boundary" between Reno King and NOC. Tan provided a screenshot of Reno King's business registration in the statement.

Since then, Tan wrote that he and Chan had agreed on May 8 that "20 per cent of Reno King's profits would be paid to her or NOC" for using "NOC's YouTube channel as a platform and as an admin fee".

He also pointed out that he "did not ask for millions", but rather a "sum that [he] thought was [of] fair value". With this agreement, Tan would also no longer interfere with the day-to-day operations of NOC and would "immediately resign as director".

However, he claimed that Chan has refused to take up the position of director, leaving him "little choice" but to "resume [his] role as director", as the position of sole director cannot be left vacant under Singapore's law. 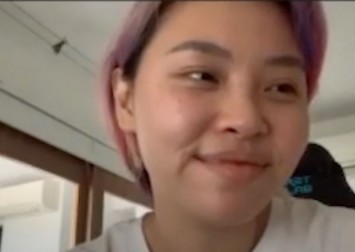 In view of the recent allegations against the company about the misuse of funds, Tan has requested for NOC's finance manager to take instructions from both Tan and Chan.

Another issue Tan brought up was the issue of NOC's finances. He claimed that Chan had "demanded" the finance manager to grant access of the company's accounts to an individual known as 'Daniel', who Tan claimed "is not known to the company".

Tan had also apparently offered to interview 'Daniel' to see if he could be a part of the company's finance team, but received no reply.

In addition, Tan also claimed that his pay was "transferred to an account that [he] jointly held with Sylvia", from which the latter did not allow him to withdraw.

'I am tired of this'

Ending his statement, Tan reiterated that he simply wants a clean break and to continue making videos.

He said: "I am tired of this. I do not want to be anyone’s hero or villain. I did not ask for either.

"There's much more to be said, and actual, important issues to address and investigate. But I will leave that to the authorities."