'I soon realised it was not so simple': Ong Ye Kung's personal experiences on discrimination, biases against women

Ong Ye Kung shares how his personal experiences has shaped how he sees women in society.

When Ong Ye Kung was a young father, he had thought that whatever discrimination and biases against women would eventually be scrubbed out by the norms of a modern society.

But speaking in Parliament today (April 5) as a "son, a father and a husband", the Health Minister said: "I soon realised it was not so simple."

Recalling past Chinese New Year visits where relatives would ask his wife if she was 'trying for a boy', Ong, who has two young daughters, said: "I know [they] heard the conversation."

Ong was speaking at the debate on the White Paper on Singapore women's development. On March 28, the Government had unveiled a White Paper outlining their recommendations to improve the lives of women here.

The 25 action plans in five key areas that are proposed include: Equal opportunities in the workplace, recognition and support for caregivers, protection against violence and harm, other support measures for women and mindset shift.

Ong's childhood experiences on the role of women in society

In a speech sprinkled with personal anecdotes, Ong talked at length about his experience with gender inequality, the struggles of women and how Singapore can move away from the antiquated past of women and men stereotypes.

In another poignant personal experience, Ong revealed that one of his two daughters "had a shock" when she learnt about the concept of dowries.

He said: "Our daughter then exclaimed 'So it is a transaction? We are sold?'

"I tried to make things better by explaining that the money flowed both ways… It wasn't a helpful intervention."

Ong also described the personal conflict he previously had about the role of women in society.

Sharing that his grandparents had nine sons, Ong said that he spent his growing up years in a kampung at Lorong Chuan observing how there was "men's work" and "women's work".

Men in the family were tasked with rearing livestock and repairing cars, while the women cooked, cleaned and looked after the children.

But marriage and subsequently starting a family had changed Ong's view on a woman's place in families.

He said: "The dissonance I felt as a kid has developed into a deeper understanding of the struggles and aspirations of women.

"I am not sure I totally get it, but I am trying to get it."

Read Also
The White Paper: Will it create a more equal Singapore for women? 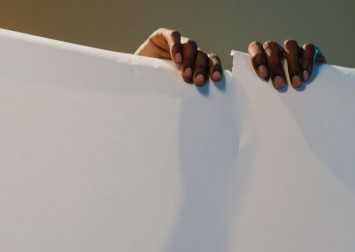 Describing himself as "old-fashioned", Ong shared in Parliament that there is a virtue in extending a special courtesy to women.

"I often feel uneasy that just because I am a Minister, people, including my female staff, will attempt to offer to carry my bag or open the door for me," he recounted. "I will always try to stop them and offer to open the door for them instead, reminding them that 'etiquette comes before protocol'."

Ong also had a message to the youth on gender equality and how it can relate to taking wefies.

Ending his speech, Ong said that it is time to "accelerate away from our antiquated past of women and men stereotypes, at home, at work, and in society".

"As a son, father and husband, and a member of this House, I see our collective duty to support women in whatever they set out to do," he said.

The future, he added, must be a society that dispels unconscious bias, promotes the right value of mutual respect between all individuals, upholds meritocracy, and support to enable caregivers to find better balance in their roles.

Ending his speech, he said that this quality to freedom of choice is at the heart of the White Paper and he said that he strongly supports its recommendations.