Ikea first opened in Singapore in 1978 and currently has stores in Tampines and Alexandra. ST PHOTO: LIM YAOHUI

SINGAPORE - Swedish retailer Ikea will be expanding to the west and opening its third outlet in Singapore at Jem in 2021.

The 70, 000 sq ft store will be spread across three floors inside the department store and will offer the full range of Ikea products and a restaurant, despite the smaller size compared to its other outlets, the retailer said on Monday (May 11).

The Ikea retail director for Singapore and Vietnam Jaap Doornbos noted that the smaller concept - within a shopping centre - will be the first of its kind in the region.

"It will be easier than ever for people to just pop in for some inspiration, home furnishing products and, of course, our Swedish meatballs," he said. 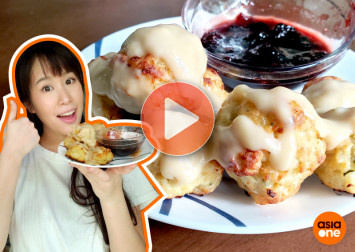 The store will not feature a playground or built-in warehouse, but will be organised in a new way, combining Ikea's full catalogue for each core area of the home into one department.

Ikea first opened in Singapore in 1978 and currently has stores in Tampines and Alexandra that attract close to seven million visits a year.

The space at Jem was formerly occupied by Robinsons, which is set to exit the mall at the end of August, following amiable discussions with the mall's landlord Lendlease. Discussions have been ongoing since November last year.

The closure of the store, which opened at Jem in 2013, will leave Robinsons with two outlets - at The Heeren and Raffles City Shopping Centre.

The managing director for Singapore and chief investment officer for Asia at Lendlease, the landlord that manages Jem, Ms Ng Hsueh Ling, said: "We are excited to be partnering with an innovative brand like Ikea and look forward to bringing a first-to-market lifestyle concept to our shoppers.

"We are continually rejuvenating our tenancy mix and bringing new experiences to them."